July 01, 2017
((Rogue CNN exists in a parallel universe to ours where a property developer and reality TV star gets elected President))
Wolf: We are here today to have a more in-depth look at Michael Strauss the White House Press Secretary. Strauss took over from Sean Spicer in April after Spicer’s disastrous three months in post.
I guess the first question is what would Dr. Hunter Thompson say about his former intern Michael Strauss now White House Press Secretary? 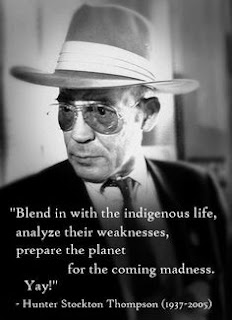 I like to think he would be proud of the way Strauss has handled the position. He is in many ways following the good Doctors lead.
During the Gerald Ford Presidency - ‘Duke’ as Thompson was fondly known - while still working at Rolling Stone applied for the position of Governor of American Samoa. Surprising everyone he was confirmed by the US Senate. Some think because he had photos of most of the Senators joining him for some drug-related evening. Others think they thought it would be hilarious to give him the position and fxxx up the Ford Presidency. I think it was probably a bit of both.
Duke's time as governor was noticeable for a series of consecutive natural disasters, culminating in Duke himself instigating a hostage crisis. Strauss followed him to Samoa and worked as his press attaché. His deft handling of the numerous crisis – many self-imposed by Duke himself – got him recognized by the mainstream media. He also led Duke’s pitch to become President Ford’s next Ambassador to China. 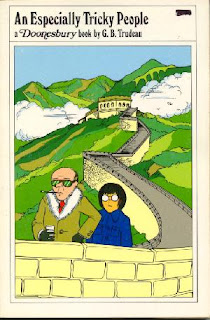 Duke claims to have been the first American to be ‘stoned’ on the Great Wall of China. Strauss did not follow him to China but returned to work with him Thompson in the 1980 Presidential election. Having interned for Thompson in 1976 this time he was ghostwriting some of the pieces. He was much better working for Rolling Stone as it had a long lead time than the stories he did for Rogue New York Times. He always had a problem with the deadlines – wanting to get the facts right but also the voice of an article was important to him. Plus his erratic schedule - after long nights at the cafe or diner, he often forgot to wake up in the morning.
The 1980s are a decade that we couldn’t find much about Strauss except some stories of him at communes in the mid-Atlantic and northeastern United States.
Some friends say he was still recovering from the Thompson years. Rumor has it he had helped with Kennedy’s speech to the Democratic Convention in 1980, though he denies it. Many could see Strauss like phrases in the speech particularly in the section:

“Democrats we recognize that each generation of Americans has a rendezvous with a different reality. The answers of one generation become the questions of the next generation. But there is a guiding star in the American firmament. It is as old as the revolutionary belief that all people are created equal, and as clear as the contemporary condition of Liberty City and the South Bronx  (Strauss had in fact worked in the South Bronx during the Watergate years  covering politics for a local paper.)
Again and again Democratic leaders have followed that star and they have given new meaning to the old values of liberty and justice for all.
We are the Party -- We are the Party of the New Freedom, the New Deal, and the New Frontier. We have always been the Party of hope. So this year let us offer new hope, new hope to an America uncertain about the present, but unsurpassed in its potential for the future.”
But after the 1980 election of Ronald Reagan, he became disillusioned with politics and with the entire cultural direction of the United States. 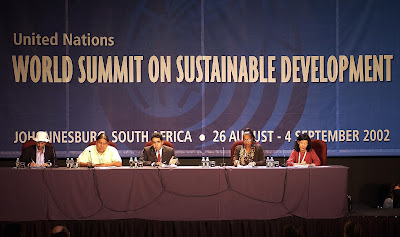 The 1990s saw Strauss re-emerge as a political figure within the Non-profit sector first in Denmark and then back in New York. He dedicated this time to work on environmental issues being championed at the global level by UN emissary Maurice Strong, and the interrelated social, economic and political challenges. It was also the start of negotiations on climate change.
He then took it on himself to train the next generation of UN and NGO communications leaders on how to reach mass public audiences effectively (an effort he now acknowledges was a virtual failure). 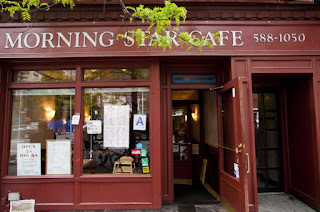 It was during this time in New York he found himself having coffee with Donald Trump at the Morning Star café on 2nd Avenue one night during a blizzard when Donald Trump stumbled in, disgruntled as his limo was unable to reach a nearby club. They traded stories about incompetence in high places, with Strauss slipping in sarcastic insults that went unnoticed by Trump.  A pattern was formed and some weekends he would occasionally meet Trump at his World Bar, opposite the UN, though he avoided, where possible, playing golf with him at any of Trump's growing golf courses. (He was heard to comment, 'It's not even a real sport - it's a game of grass  holes.')
It's not clear what the level of advice giving was. Politically, you have to remember that on the rare occasions when Trump wasn't promoting himself, he was supporting a vaguely Democratic agenda. It was only in the late 2000s that Trump moved to the right.
Strauss, meanwhile, in the 2000s co-authored books, wrote columns for the BBC and the Guardian with a mysterious co-author, and was contracted by the UN to oversee stakeholder press for two UN Summits -  the Johannesburg Summit on Sustainable Development and Rio+20.

Anderson:  Thanks Wolf - I was interested to see how Strauss dealt with the issue of the MSNBC tweets this week. We have a clip.
Rogue Washington Post: What is your comment the recent tweets from the President attacking journalists Joe Scarborough and Mika Brzezinski with insults like 'dumb as a rock', 'low I.Q.',  'crazy' and 'low-rated'?
Not to mention the claim they called him to stop a libelous National Enquirer article that it now looks like he himself started.
(Flashed up on the screen)
“I heard poorly rated @Morning_Joe speaks badly of me (don't watch anymore). Then how come low I.Q. Crazy Mika, along with Psycho Joe, came..”
“..to Mar-a-Lago 3 nights in a row around New Year's Eve, and insisted on joining me. She was bleeding badly from a face-lift. I said no!”
“Watched low rated @Morning_Joe for first time in long time. FAKE NEWS. He called me to stop a National Enquirer article. I said no! Bad show.”
“Crazy Joe Scarborough and dumb as a rock Mika are not bad people, but their low rated show is dominated by their NBC bosses. Too bad!”
Strauss: These are completely unacceptable…I have no idea what Kellyanne was doing defending them. Everyone agrees they weren't presidential. But keep it in context. It's been obvious for years that Trump only despicably insults people when he has to counter their factual criticism of him.
And it's well established that every accusation he falsely hurls against others is actually an accurate description of himself. So you could say he's doing you journalists a favor by providing you with deeper insight - and better adjectives -to use in your coverage of him. If you had the guts.
And by the way, look at what those tweets distracted the entire press corps from focusing on yesterday:
1. The Senate did NOT pass a health care repeal or even draft a substitute version to consider during their recess.

2. the Wall St Journal report that there WAS (at least) attempted collusion with Russia by one of his campaign associates
You know, we all learn about how great Lincoln was because he supposedly wrote the Gettysburg Address - rallying the Union, explaining the Constitution, and promoting liberty - on the back of an envelope.
Well, President Trump just totally blocked out any discussion of maybe just as consequential issues WITH ONLY THREE TWEETS - the media need to ALSO focus on the issues and not the only the tweets.
Let me tell you something - Your grandkids will be reading about Donald Trump's greatness in the history books of the future.  Even if they are in Cyrillic.
I would add there is now a system in place to control the President. The tweets are undefendable. But give him credit - the guy's a political master.
I might add we had hidden the Presidents phone to stop him from tweeting when we weren’t around and we change the password for his computer each evening so that he can’t use it when we aren’t there. But he seems to have some kind of rodent-like ability to sniff out food - and for him, nutrition is the twitter feed.
Strauss: We have a Rota of staff to do nights to keep an eye on him and that night was Kellyanne’s responsibility. I am assuming she is trying to deflect criticism because the rest of us are crazy mad at her. Seems she was binge watching House of Cards for ideas for senior staff. That’s no excuse for not keeping an eye on him.”
Rogue CNN: The health care bill hasn’t been passed as Mitch McConnell said it would what is the reaction of the White House.
Strauss: I told them it wasn’t going to go through and did them listen to me? No, they
didn’t!!!! There has to be a deal with the Democrats for a change in the bill the right wing of the Republican Party are just crazy people who should never be allowed close to any legislation. 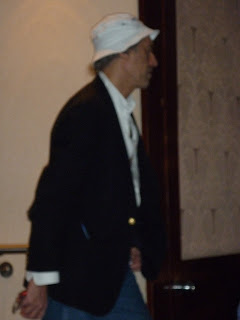 I blame Nixon and his southern strategy which may have helped elect him and other Republicans but has taken the party center of gravity so far to the right that no conservative in any other country in the developed world would recognize it as a conservative party.  Beyond Nixon I blame the British who sent their convicts to Australia and the Southern States of the USA and their religious extremists to the North of the USA.
Rogue New York Times: Are you advocating we rejoin the UK?
Strauss: Well until the Brexit vote in the UK it was a viable strategy now……now they have a mad government too. Personally, I think we should ask France to come and help us again. We should remember without the help of France we would never have won independence from the British. So, on the 4th of July we should be flying French and USA flags.

Anderson: It looks to me like Strauss is on the war path. I heard from an insider that the President was hiding in the residence. He knows he has misbehaved but you cant control this guy. You have to give Strauss his merit for trying. Lets end tonight's show with a quote from Thompson