April 12, 2017
((Rogue CNN exists in a parallel universe to ours where a property developer and reality TV star gets elected President))
There is a shake-up in the White House caused at the latest press conference by Sean Spicer who had forgotten the 1st rule of politics: Never compare anything to Hitler.
President Trump had had enough of Spicer’s mistakes. This time his mistake had stopped a small bounce in the opinion polls the President had seen due to the air strike against Syria.
Headline’s across the web were now on Spicer and Hitler – not a good follow up to the lack of mention of the Jewish suffering on the anniversary of the Holocaust.
A late press conference was called where Sean Spicer was forced to announce he had resigned as White House Press Secretary and introduced his replacement, Michael Strauss.
Michael Strauss is Executive Director of Earth Media, an independent political and communications consultancy based in New York. Michael serves as a media consultant and advisor to governments, UN agencies, and civil society coalitions. For the Rio+20 Summit in 2012, he was designated Civil Society/ Media Liaison by the UN Department of Economic and Social Affairs (DESA). He has served as media coordinator for NGO coalitions since the lead-up to the 1992 'Earth Summit', and has worked extensively with NGOs, Trade Unions, Youth, Women, Indigenous Peoples, Local Authorities at the UN Commission on Sustainable Development in New York. He is also co-author of three books, Only One Earth, Negotiating and Implementing MEAs and How to lobby at Intergovernmental Meetings: Mine is a Cafe Latte.
Strauss was an unusual pick... but rumor has it that he is a golfing buddy for Trump at Mar a Largo resort in Palm Beach Florida.
Michael wearing his signature white hat, which he was given by gonzo journalist Dr Hunter Thompson during the 1976 Presidential Campaign when Strauss was working for Rolling Stone magazine as an intern. 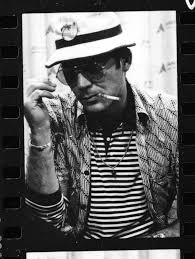 Bob Woodward in a response to the announcement while on CNNs Situation Room with Wolf Blitzer said of Strauss:

“Michael is politically close to his guru Thompson on many issues though a little more conservative on social issues. It will bring into the White House another left-leaning voice and with press conferences in the afternoon a Press Secretary who will be on top of the overnight news.”

Wolf himself a journalist of many years reflected a couple of personal stories to listeners. He said that Strauss would definitely “make the press conferences much more fun”…he went on to say “his white hat has been a part of the political media landscape for generations”  He denied, when asked by Anderson Cooper, that he had “taken Strauss white hat when covering the Kerry bid for the White House placing it on a sleeping John Kerry..” Photos of that circulated the press corp for months afterward -  no journalist ever claimed responsibility  - has Anderson Cooper ‘outed the Wolf’?
In his first statement to the press as the new Press Secretary Strauss said:

“Some of you will see this as an unusual choice for the Trump Administration but it's better to see it in the light that we are approaching the first 100 days in office on April 29th and the republican party has failed to achieve anything. This is a move top the left and President Trump is now looking at the possibility of universal health care – something he had supported for years.’ He went on to say. “The President will be replacing other members of the Administration if they are unable to deliver on their agenda.”

As if his predictions were already coming true rumor has it that Trump has already given Bannon a final warning as reported in the New York Times interview of Trump:

“I like Steve, but you have to remember he was not involved in my campaign until very late,” Trump said. “I had already beaten all the senators and all the governors, and I didn't know Steve. I’m my own strategist, and it wasn't like I was going to change strategies because I was facing crooked Hillary.”

As the Press Conference was about to finish aids walked out to all the journalists with a present – their own white hat – with the slogan ‘Make Media Great Again’ embroidered on it - plus a free ticket to see the Mets. The White House Press Room was a happy place today with Spicer gone. It was a great start for the new White House Press Secretary – of course, the tantalizing gossip after the Press Conference was - who would Saturday Night Live pick to play Strauss? 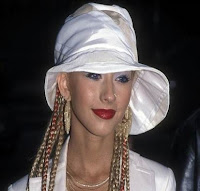 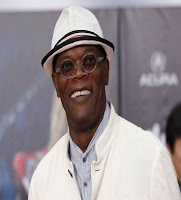 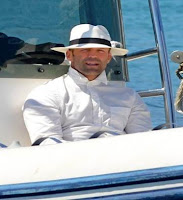