Showing posts from July, 2018
Show all

Zombie Partnerships: Are we about to see the Multi-Stakeholder Partnership Bubble Burst? Could we be seeing upto 84% failure? 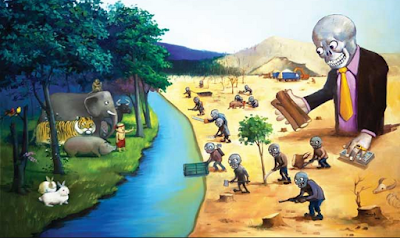 (This is based on my presentation to the HLPF Partnership Exchange and reflections afterwards) Zombie partnership for house building I had been asked to talk on ‘Building an Effective Monitoring Framework System for Partnerships.’ But as I reflect on the conversation and learning the term Zombie Partnerships (which means ones that do not really exist but are still being reported as real on the UN web site) originated by David Steven and Eric Kashambuzi in their 2016 report ‘Turning Ambition into Reality: Platforms and Partnerships for Delivering Agenda 2030’ . I understand soon to be available on t-shirts in all sizes from the UN bookshop. I will come back to the issue of Zombie Partnerships later in the blog. Yes, this is a way of you reading the whole blog. Important PLEASE NOTE THIS IS AN ARTICLE THAT IS FOCUSED ONLY AT THOSE MSPs THAT ARE REGISTERED ON THE UN WEB SITE. “Partnerships for sustainable development are multi-stakeholder initiatives voluntarily undert
Post a Comment
Read more 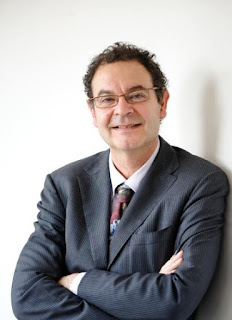 © Inserm – François Guénet. Professor Jean-Paul MOATTI appointed by UN Secretary-General Ban KI-MOON among 14 other eminent scientists and experts to draft the 2019 edition of the quadrennial Global Sustainable Development Report (GSDR) . He was also appointed President and Director-general of the French National Research Institute for Sustainable Development (IRD) in 2015. I had the pleasure to sit down at the Pathos Café on 1 st avenue and talk with Professor Jean-Paul MOATTI while in New York during the UN 2018 High Level Political Forum (HLPF). The discussion was to focus on the work of the independent group of scientists (IGS) producing the 2019 edition of the quadrennial Global Sustainable Development Report ( GSDR ). The call for the Report was in Transforming our world: the 2030 Agenda for Sustainable Development: “83.        Follow-up and review at the HLPF will be informed by an annual SDG Progress Report to be prepared by the Secretary General in cooperat
Post a Comment
Read more 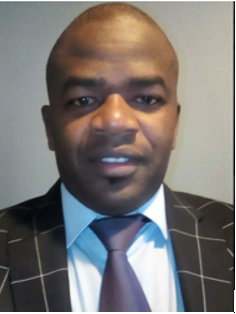 Zeph Kivungi is a Senior Programme Officer at the Africa Sustainability Centre (ASCENT). His expertise is Climate Finance in Africa. Why is climate finance becoming such a central topic in the global economy? Climate change disrupts development, a gap that climate finance is filling. The past few weeks were historic in the emerging sector of climate finance. On June 23-29, Green Environment Fund (GEF) held the Sixth GEF Assembly in Vietnam. The GEF was established on the eve of the 1992 Rio Earth Summit to help tackle our planet’s most pressing environmental problems. It has since provided over $17.9 billion (Sh1.8 trillion)in grants and mobilised $93.2 billion in co-financing for over 450 projects in 170 countries. One of these challenges is climate change. The Da Nang, meeting paved the way for its seventh funding cycle, GEF-7. During the same week, July 1-5, the Green Climate Fund (GCF) — the most capitalised, hence largest, international environment fund (focused on
Post a Comment
Read more

HLPF Nexus Side Event Presentation at: Addressing Resilience through the Nexus of Water-Food-Energy; Cities as SDG Laboratories 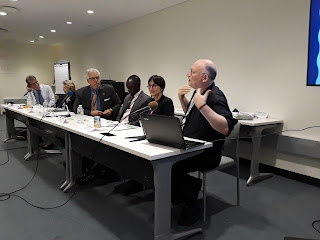 Addressing Resilience through the Nexus of Water-Food-Energy; Cities as SDG Laboratories was organized by the Stakeholder Forum for a Sustainable Future and the International Science Council  and the UNC Water Institute. The power point that supports this can be found here.   The Rural-Urban Nexus:   Cities are to be seen not in isolation, but intrinsically connected with broader ecosystem as part of a metabolism of flows and interconnected social and ecological processes. A substantial proportion of the water, energy and food that supports urban living is supplied from rural areas outside the cities. The largely one-way flow of these resources together with the pollution and waste generated in urban spaces have a determining effect on patterns of rural development and the integrity of the ecosystems services. The Nexus approach has already shown itself to have a crucial part to play in ensuring that the supply of water, energy and food services to cities is managed in ways that
Post a Comment
Read more

Addressing Resilience through the Nexus of Water-Food-Energy; Cities as SDG Laboratories   Tuesday, July 17th, 1:15-2:30 pm Conference Room F, next to the UN bookshop organized by Stakeholder Forum and the International Science Council       The 2030 Agenda and the Sustainable Development Goals (SDGs) can only be achieved if they are pursued in an integrated manner. The way cities and human settlements are designed, planned, built, financed and governed has far-reaching implications for a life of dignity for all people and for the sustainable future of o
Post a Comment
Read more

Steven Stone: Chief, Resources and Markets BranchUnited Nations Environment Programme (UN Environment) this is reprinted from the Green Growth Knowledge Platform. Somewhere back in the 12th century, a young man by the name of Francesco Bernadone heard a voice, telling him to “go and repair this house.”   He set about repairing the chapel, and kicked off a movement that would revitalize the catholic church and inspire all who love nature. Fast forward to March 2013, when Jorge Bergoglio was elected Pope – and chose the name of Francis. It was just three years ago, on June 18, my birthday, that Pope Francis launched  Laudato Si , an invitation to all for dialogue on the radical changes needed to repair our common home, the earth. Last week, in Rome, his team from the Dicastery for Integral Human Development - led by Cardinal Turkson -  convened voices from around the globe  to celebrate and put into action the radical call for ecological conversion.  People from all fa
Post a Comment
Read more
More posts