President of IUCN the new High-Level Champion for COP28 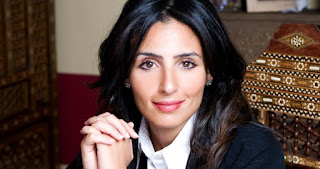 I think we would all like to thank Nigel Topping for his work as a High-Level Champion for COP26. Replacing him will be Her Excellency Ms. Razan Al Mubarak as the 8th UN Climate Change High-Level Champion of the COP 28 Presidency of the United Arab Emirates.

She will be joining Dr. Mahmoud Mohieldin who continues in his role as the High-Level Champion of the COP 27 Presidency of Egypt following the UN Climate Change Conference COP 27 in Sharm El-Sheikh. (Sign up Climate Champions here:

COP 28 will take place at Expo City Dubai from November 30 to December 12. As mandated by the Paris Agreement, it will deliver the conclusion of the first ever Global Stocktake - a comprehensive assessment of progress against climate goals.

Ms. Al Mubarak brings a wealth of experience in conservation and environmental management across the public and private sectors.

As President of the International Union for Conservation of Nature (IUCN), Ms. Al Mubarak  is responsible for implementing the vision, mission, and strategy of the organization, which represents over 1,400 members, including States, government agencies and non-government organizations from 160 countries.

Commenting on her appointment, Ms. Al Mubarak said: “A healthy environment, including its climate and biodiversity, is central to everyone’s wellbeing. We must go beyond business as usual and elevate nature as an important solution to climate change. To accomplish this, we need everyone to contribute to global climate action, including women, youth, and indigenous people, as well as business, government, civil society, and academia. The UAE has always been a convener of peoples from around the world and I look forward to working with the COP28 Presidency to ensure that diverse voices are present both in the leadup to, and during, the climate conference. As a lifelong champion of environmental action, including in the protection of biodiversity and the advancement of nature-based solutions, the opportunity to work on this global challenge is an honour.”

Mahmoud Mohieldin said: "I am very pleased to welcome H.E. Ms. Razan Al Mubarak as the 8th UN Climate Change High-Level Champion of the COP 28 Presidency. During this critically important year, which will see the conclusion of the first Global Stocktake, I am honoured to work alongside H.E. Ms. Al Mubarak to mobilize stronger and more ambitious climate action amongst non-State actors with the aim of delivering on the goals and objectives of the UNFCCC, Paris Agreement and further reflected within the Sharm El-Sheikh Implementation Plan. Furthermore, I look forward to our collaboration as we build momentum and further action for COP28."

Simon Stiell, the UNFCCC’s Executive Secretary welcomed the new High-Level Champion, COP 28 President-Designate and Youth Climate Champion and said “Looking forward to working with you and all stakeholders, leveraging the UAE’s unique position, to further global ambition and action on climate change.”

The role of the High-Level Champion was created in 2015 at COP 21 in Paris to facilitate through strengthened high-level engagement the successful execution of existing efforts and the scaling-up and introduction of new or strengthened voluntary efforts, initiatives and coalitions. Through the Marrakech Partnership for Global Climate Action, the Champions specifically accelerate ambitious climate action among non-State actors , including cities, regions, businesses, investors and civil society, with the speed, scale and justice needed in support of Parties and the UNFCCC process.

Through the COP 27 Sharm El-Sheikh Implementation Plan, Parties welcomed the leadership of the Presidency of the Conference of the Parties and the High-Level Champions, and the collaboration between Parties and non-Party stakeholders, and emphasized the need for continued acceleration and collaboration.