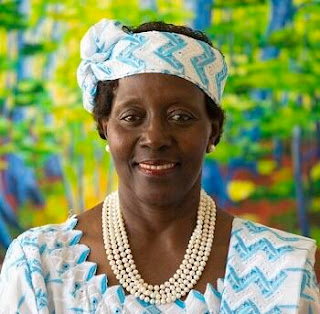 United Nations Secretary-General António Guterres today announced the appointment of Elizabeth Maruma Mrema of the United Republic of Tanzania as Deputy Executive Director of the United Nations Environment Programme (UNEP). Ms. Mrema will succeed Joyce Msuya of the United Republic of Tanzania who was appointed as Assistant Secretary-General for Humanitarian Affairs and Deputy Emergency Relief Coordinator in the Office for the Coordination of Humanitarian Affairs and to whom the Secretary-General is grateful for her commitment and dedicated service. The Secretary-General also wishes to extend his appreciation to the Director of the Corporate Services Division of UNEP, Sonja Leighton-Kone, who will continue to serve as Acting Deputy Executive Director until Ms. Mrema assumes this position. Ms. Mrema has since 2020 served as Executive Secretary of the Secretariat of the United Nations Convention on Biological Diversity (CBD) based in Montreal, Canada. She previously served as Acting Executive Secretary of the CBD Secretariat and as Director of the Law Division at UNEP in Nairobi, Kenya, as well as Executive Secretary of the Convention on Migratory Species Secretariat based in Bonn, Germany. With over two decades of experience at the United Nations, Ms. Mrema brings to the position extensive experience in global environmental law and policy-making, implementation of environmental and sustainable development programmes, and a deep knowledge in the management and administration of multilateral environmental processes. Before joining UNEP in 1994, Ms. Mrema worked with the United Republic of Tanzania’s Ministry of Foreign Affairs and International Cooperation as the Counsellor/Senior Legal Counsel. During her time with the Ministry, she also lectured in Public International Law and Conference Diplomacy at Tanzania's Centre for Foreign Relations and Diplomacy.
Elizabeth Maruma Mrema