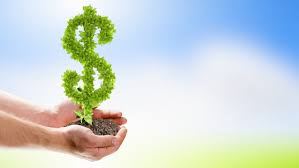 Who would have believed a few weeks back that the United States was going to pass the largest ever climate bill.

Of course, it isn't as comprehensive as the original President Biden's 'Build Back Better' legislation. I was a huge supporter of the original proposals not just because they did more on climate change but because I was in the middle of writing the book 'Tomorrow's People and New Technology' and it did more to create a cushion to the massive changes we are going to see in the next ten years.

As President Biden said in his address to the Joint Session of Congress on April 29th, 2021:

And we’re falling behind the competition with the rest of the world."

Change is happening so fast it adds to the insecurity people are feeling. Some estimates say by 2030 something like 70% of us will be freelancing in one way or another. We will see a massive change in the leading GDP countries in the world with only US of the G7 being in the top 5 countries.

The modeling suggests that the Act will reduce emissions to 40 percent less than 2005 levels by 2030. This gets the US close to what President Bident had committed to of a target of 50 percent under the Paris Climate Agreement.

Moving to a greener and more sustainable future

The bill addresses the modernization of the energy grid, incentivization for investment in solar and wind using tax credits which also will be used for carbon capture and storage facilities.

On transportation new EVs qualify for $7,500 in credits with income levels capped at $150,000 for individuals and for used EVs those under an income of $75,000 will see a tax credit of $4000. It also eliminates the cap of the first 200,000 for a car. It creates tax credit for sustainable aviation fuels and EV charging.  It modernizes the US postal service fleet moving to EV vehicles.

It supports resilience for hosing supporting energy and water efficiency particularly for affordable housing, it extends the tax credits for residential energy efficiency to 2032 and supports commercial properties converting.

It supports the move to green and clean manufacturing with credits that support the development of batteries, carbon capture, solar and microturbines.

A national Green Bank will be created to help set up state and local green banks to attract investment.

There are lots more in the bill and its going to be very exciting to see what new innovations it creates.