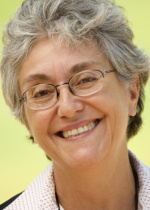 Guest blog by Dr Maryam Niamir-Fuller, Co-Chair of the IYRP International Support Group – a coalition of over 300 partner organisations including IUCN Members.

Rangelands are often mistakenly perceived as wastelands, so policies to promote sustainable development have not always considered the benefits of rangelands or their restoration. As the global community starts to prepare for the International Year of Rangelands and Pastoralists (IYRP) proclaimed for 2026, we must support the sustainable grazing techniques developed over millennia by pastoralist communities. Well-managed rangelands are a proven Nature-based Solution that can help achieve many of our global goals; writes

More than half of land on Earth is rangeland, consisting of vast areas covered by grass, shrubs, lichens and sometimes trees. These landscapes support millions of pastoralists, ranchers and hunter-gatherers, countless plant and animal species, and store large amounts of carbon in their soils.

Rangeland grazing by domestic and wild animals can be sustainable, benefiting both humanity and the planet. Over millennia, pastoral livestock herders have developed, adapted and refined sustainable grazing systems for different ecosystems. Sámi herders raise semi-domesticated reindeer on lichen found in the tundra. Moroccan shepherds move their animals seasonally between valleys and mountain pastures. Sahelian herders graze animals by rotating them across different landscapes and vegetation types, while North American ranchers seasonally rotate between public and private lands.

Such strategies provide two important lessons: first, all of rangeland ecosystems have evolved over millennia under the influence of some form of grazing; and second, the more that herders move their animals and capitalise on and work with nature’s variability, the more that these ecosystems are protected from degradation. Sustainable pastoral grazing is, therefore, a time-honoured way to maintain livelihoods and food production on lands where crops cannot be grown sustainably. No matter how dry or inhospitable they may seem, these vast ecosystems are decidedly not wastelands. They are productive lands on which ruminant animals and their stewards turn sunlight and grass into milk and meat.

Rangelands are not wastelands. Sustainable pastoral grazing is a time-honoured way to maintain livelihoods and food production where crops cannot be grown sustainably.

Today, however, not all rangelands remain available for grazing. Some of the most productive, such as the Cerrado savannahs of Brazil, the mesic grasslands of the Great Plains of North America, or the wetter grasslands of the southern Sahel, have been converted unsustainably into croplands. Large tracts of these ecosystems have also been set aside solely for wildlife conservation, or recently for ‘re-wilding’, under the mistaken notion that livestock grazing is incompatible with biodiversity, even though domesticated and wild ruminants have shared these lands for millennia.

For these and other reasons, millions of pastoralist herders are being squeezed into ever-shrinking areas, with many forced to leave pastoralism to find other jobs. Those remaining have seen their herds and grazing lands dwindle and their traditional grazing-rotation systems or transhumance corridors (routes to seasonally move livestock from one grazing ground to another) blocked. Many have been forced to settle.

Rangelands harbour 35% of global biodiversity hotspots, provide habitat for 28% of all threatened species, and could sequester 35% of terrestrial carbon.

As a result, grazing has become increasingly intense, leading to the degradation of some rangelands. Recent estimates suggest that 18.5% of rangelands globally are degraded. Conflicts over land, water and other natural resources are increasing between herders and crop farmers in many developing countries. Unfortunately, and unfairly, both rangeland degradation and conflicts have been blamed on grazing animals rather than on their real cause: the conversion of rangelands to land uses that are unsustainable. More recently, even some actions to advance environmental goals, such as planting trees on rangelands to capture carbon, risk further harm to these ecosystems. Again, this is because rangelands are erroneously perceived by some governments to be ‘empty and underutilised’ rather than sustainably and rationally managed by pastoralists.

All IUCN Members and other stakeholders must work together to stop the indiscriminate conversion of rangelands to other, inappropriate land uses and restore the mobility of livestock herds and herders.

Recognising that pastoralist herders practise a form of agriculture that is a sustainable, and a decidedly ‘Nature-based’ Solution to climate change, biodiversity loss and food production, the United Nations designated 2026 as the International Year of Rangelands and Pastoralists (IYRP). While recognition of the value and benefits of these systems is an important step, we need action too.

All IUCN Members – governments, policymakers, civil society and other stakeholders – and development agencies must work together to stop the indiscriminate conversion of rangelands to other, inappropriate land uses. We must reverse outdated policies and introduce innovative ones. In some countries, we need to restore the mobility of livestock herds and herders. Transhumant corridors should be protected with significant investment in infrastructure along the routes, such as water sources, abattoirs and bridges. In many countries, pastoralist communities must gain secure rangeland tenure and all efforts to evict communities from their rangelands must cease. In most countries, incentives should be created for returning unsustainable croplands back to rangelands. These incentives could include changes to unbalanced subsidies, favouring domestic production over imported meat and milk, and tax breaks for nature-based restoration of degraded lands.

On World Day to Combat Desertification and Drought, I called for actions that value and restore the world’s rangelands and pastoral livelihoods. Join us and be part of the IYRP 2026, for a better, fairer and more sustainable future.