Guest blog: IMF/WB Spring Meetings 2022 - As crises mount, failed and insufficient solutions from the IMF and World Bank must be replaced 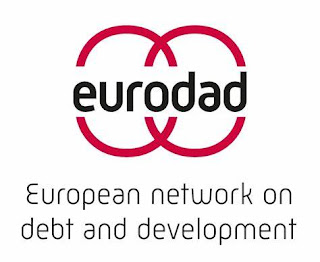 This week’s IMF-World Bank Spring Meetings provided the strongest proof yet of the urgent need for reform to the global economic architecture and governance, as the spillovers from the Ukraine war increased the complexity of the multiple crises facing the world.

The unprecedented accumulation of financial pressures quickly became clear: the worsening debt crisis and divergences in economic recovery from the Covid-19 pandemic have been compounded by inflationary pressures, food and energy price spikes, and by increasing political and social instability. According to estimates from the World Bank, an additional 75-95 million people will be pushed into extreme poverty in 2022.

Yet, while the IMF and World Bank both sounded the alarm on this untenable situation, neither institution - nor the G20 - presented the world with the ambitious solutions it needs and instead continued with either the same failed responses, or no clear plan at all. For example, the World Bank announced a crisis package that combines lending with the implementation of the Green, Resilient and Inclusive Development (GRID) approach, which is based on a problematic reliance on market-based solutions.

Jean Saldanha, Director of the European Network on Debt and Development (Eurodad) said: “The only response this week has been to increase lending, combined with standard policy advice. This risks repeating the debt crises that raged across the global south in the 1980s.”

This week the IMF also announced the creation of the Resilience and Sustainability Trust (RST) to channel $US45 billion in Special Drawing Rights (SDRs). It indicated that until now 12 countries have agreed to financially support the RST.

Saldanha said: “Unfortunately the RST is an imperfect attempt to remedy the unfair way SDRs have been distributed so far. Firstly, eligibility for accessing the Trust is linked to having another IMF program. Secondly, RST loans come with conditionalities attached. And, at the moment it looks like it will absorb just US$45 billion of the US$400 billion of unused SDRs currently languishing in central banks of rich countries. Without substantive reforms, the RST will fail.” / Read Eurodad’s briefing “Special Drawing Rights: Can the IMF’s reserve currency become a transformative financial resource?”

The US$650 billion SDRs allocation approved in April 2021 was the largest debt-free support that developing countries have received to face the crisis. Already 98 low- and middle-income countries have used SDRs in at least one way (acquiring hard currency for IMF debt relief, or fiscal uses).

Saldanha said: “We have been calling for a new allocation of US$2.5 trillion to be distributed according to needs and not to unequal IMF quotas, plus alternatives to IMF channeling of SDRs. Without these, the golden opportunity that SDRs offer will fail to deliver.”

An important stumbling block that continues to prevent the effective use of SDRs is their link to the unequal quota allocation of different country constituencies in the IMF. As a result, those who need them most received a small share of newly issued SDRs.

Saldanha said: “A reform of IMF quotas, alongside a reform of the IMF and WB governance structures is long overdue so that those who rely the most on these institutions’ funds and advice can have a greater voice.”

Failure of the G20, opportunity at the UN

Saldanha said: “The failure of G20, the IMFC [and the World Bank’s Development Committee] to issue a joint communique demonstrates the fragility of multilateralism and the failure of spaces such as the G20 and G7 to deal with political divides”.

As a result, there was little progress to address the failing G20 Common Framework for Debt Treatments nor any other proposal on the table to tackle the increasing debt problems.

Saldanha said: “Despite the IMFC chair announcement of a “unanimous” agreement to reinforce and improve the Common Framework to make it operational, the reality is that the G20 has been unable to make it work, trapped in both a geopolitical and power battle among creditors. We have warned repeatedly that it is not fit for purpose.

“Countries facing the possibility of debt default, like Sri Lanka last week, need debt cancellation and a fair debt restructuring now. They can’t wait for the G20 to solve their geopolitical differences. This is why we need a new multilateral debt resolution mechanism that is not controlled by creditors, but set up under the aegis of an independent institution like the UN.”

Eurodad - and many other CSOs from across the world - will be at the Financing for Development Forum convened by the UN’s Economic and Social Council (ECOSOC) - next week. One of the key issues to be decided is the convening of a new Financing for Development summit to agree on a new global consensus on an economic system that works for people and the planet, including a debt resolution mechanism under the auspices of the United Nations.

Saldanha said: “The UN was designed to forge multilateralism in the face of the extreme polarisation that led to two world wars. In a week when we have heard repeated calls from all sides for multilateral solutions to some of the most devastating economic challenges we have faced in generations, it is time to turn to the most democratic global governance space we have.”