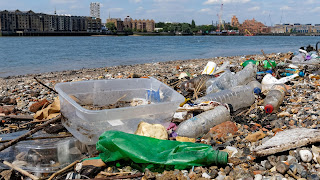 Heads of State, Ministers of environment and other representatives from 175 nations endorsed a historic resolution at the UN Environment Assembly (UNEA-5) today in Nairobi to End Plastic Pollution and forge an international legally binding agreement by 2024. The resolution addresses the full lifecycle of plastic, including its production, design and disposal.

“Against the backdrop of geopolitical turmoil, the UN Environment Assembly shows multilateral cooperation at its best,” said the President of UNEA-5 and Norway’s Minister for Climate and the Environment, Espen Barth Eide. “Plastic pollution has grown into an epidemic. With today’s resolution we are officially on track for a cure.”

The resolution, based on three initial draft resolutions from various nations, establishes an Intergovernmental Negotiating Committee (INC), which will begin its work in 2022, with the ambition of completing a draft global legally binding agreement by the end of 2024. It is expected to present a legally binding instrument, which would reflect diverse alternatives to address the full lifecycle of plastics, the design of reusable and recyclable products and materials, and the need for enhanced international collaboration to facilitate access to technology, capacity building and scientific and technical cooperation.

The UN Environment Programme (UNEP) will convene a forum by the end of 2022 that is open to all stakeholders in conjunction with the first session of the INC, to share knowledge and best practices in different parts of the world. It will facilitate open discussions and ensure they are informed by science, reporting on progress throughout the next two years. Finally, upon completion of the INC’s work, UNEP will convene a diplomatic conference to adopt its outcome and open it for signatures.

“Today marks a triumph by planet earth over single-use plastics. This is the most significant environmental multilateral deal since the Paris accord. It is an insurance policy for this generation and future ones, so they may live with plastic and not be doomed by it.” said Inger Andersen, Executive Director of UNEP.

“Let it be clear that the INC’s mandate does not grant any stakeholder a two-year pause. In parallel to negotiations over an international binding agreement, UNEP will work with any willing government and business across the value chain to shift away from single-use plastics, as well as to mobilise private finance and remove barriers to investments in research and in a new circular economy,” Andersen added.

The historic resolution, titled “End Plastic Pollution: Towards an internationally legally binding instrument” was adopted with the conclusion of the three-day UNEA-5.2 meeting, attended by more than 3,400 in-person and 1,500 online participants from 175 UN Member States, including 79 ministers and 17 high-level officials.

The Assembly will be followed by “UNEP@50,” a two-day Special Session of the Assembly marking UNEP’s 50th anniversary where Member States are expected to address how to build a resilient and inclusive post-pandemic world.