From Irelands Department of the Environment, Climate and Communications 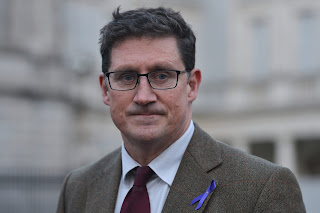 The Minister for the Environment, Climate and Communications, Eamon Ryan TD, has welcomed the signature by the President today of the Climate Action and Low Carbon Development (Amendment) Act 2021.

Ireland is now on a legally binding path to net-Zero emissions no later than 2050, and to a 51% reduction in emissions by the end of this decade. The Act provides the framework for Ireland to meet its international and EU climate commitments and to become a leader in addressing climate change.

"Today is a landmark day, as we turn climate ambition into law, and set out on a journey to net zero emissions. The extreme weather events around the world over the past month have shown us all that we must act quickly, to protect ourselves and our planet. Our immediate target of halving emissions by 2030 is challenging, but it is also an opportunity to transform our economy, create new jobs, protect our environment and build a greener and fairer future. We will all need to work together to achieve this, in renewable energy, active and sustainable travel, in business, agriculture and across government. But the signal we are sending today is that now is the time for action."

The next stage of the process will be the preparation of regulations on carbon accounting, in consultation with the Climate Change Advisory Council and consistent with the Paris Agreement and EU rules.

This will be followed by the production of carbon budgets by the Climate Change Advisory Council. These Carbon Budgets will be presented to the Oireachtas and approved by Government. The Government will then set sectoral emissions ceilings determining how each sector of the economy will contribute to the achievement of the Budgets.

The Climate Action Plan 2021 will be published in early autumn. This will set out the measures to be taken to reach our targets in each sector of the economy.

The Government will also appoint three more members of the Climate Change Advisory Council as provided for in the Act.

Key Highlights of the Act