Guest blog: Reducing the Trauma of Gender Based Violence 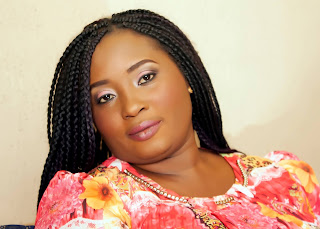 The issue of displaced persons in recent times has been a global problem especially in third world countries. The displacement across the globe is due to communal violence, economic dislocations natural disaster, internal armed conflicts, land/border conflicts, floods and drought, ethno religious conflicts and terrorist attacks.  Global experiences have shown that most displaced persons are vulnerable to threats to security and physical integrity, loss of contact with children and family members, inadequate and insecure shelter, discrimination in aids distribution, psycho-social stress, sexual and gender-based violence. According to the United Nations Guiding Principles on Internal Displacement (1996), “Internally displaced persons (IDPs) are persons or a group of persons who have been forced or obliged to flee or to leave their homes of habitual residence, in particular as a result of or in order to avoid effects of armed conflict, situation of generalized violence, violations of human rights or natural or human-made disasters, and who have not crossed an internationally recognized State border”. 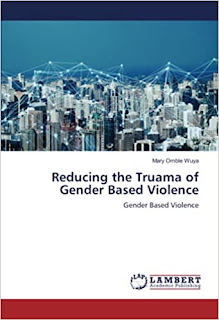 Gender Based Violence (GBV), in its various forms, is endemic in communities around the world, cutting across class, race, age, religion and national boundaries. In general women have been found to be more marginalized and vulnerable to both direct and indirect/structural violence in the extensive research that has been conducted on GBV globally and particularly in areas of conflict. While Gender Based Violence (GBV) is prevalent in all societies, crisis situation can exacerbate the extent and incidence of the problem, particularly GBV involving female survivor and male perpetrator. The documentation of numerous incidences of GBV and high number of victims in the refugee camps is a reflection of some of the most intractable development challenges of the society, which is attributed to lack of proper education, escalating poverty and general laps in security guaranteed to vulnerable groups i.e. women and young girls.

The book takes a look at conflicts and its influence on violence assessing different forms of GBV. The United Nations, (1992), classifies GBV into two forms of violence; direct violence and indirect Violence. Direct Violence  includes violence in close relationships, sexual violence (including rape, sexual assault and harassment in all public and private spheres of life);  domestic violence trafficking in human beings, slavery, and sexual exploitation;  harmful practices such as child and forced marriages, female genital mutilation, and crimes committed in the name of so-called 'honour'; Emerging forms of violations, such as online harassment, various forms of sexual abuse instigated or facilitated through the use of information and communication technologies, stalking and bullying. The relationship between the victim and the perpetrator of acts of violence against women is also of great relevance. Intimate partner violence (IPV) is one of the most widespread forms of direct violence against women and includes a range of sexual, psychological and physical coercive acts used against adult and adolescent women by a current or former intimate partner.

There is trauma of GBV for majority of women in Nigeria and Africa in general who suffer one form of violence or another. Often, this violence takes economic, physical and/or psychological forms. Together with emotional violence which assumes a universal applicability. This issue has led to the death of many women, some were maimed for life. Gender-Based Violence undermines the health, dignity, security and autonomy of its victims, yet it remains shrouded in a culture of silence. Victims of violence can suffer sexual and reproductive health consequences, including forced and unwanted pregnancies, unsafe abortions, traumatic fistula, sexually transmitted infections including HIV and even death.

The policy environment around GBV remains a thorny issue in Nigeria as a culture of silence and women’s fear of discrimination and stigma means most violations remain unreported and therefore victims do not seek redress. Although there are various legislations against this form of violence, many women would rather let things go as a family matter rather than face scrutiny and tedious legal processes in courts. The Nigerian penal and criminal code penalizes rape, assault and other forms of abuse, but they are hardly reported. This is worrisome as perpetrators continue to go unpunished or at the most just get a slap on the wrists. Therefore, GBV occurs as a cause and consequence of gender inequities. Despite the extensive work done by women's organizations, governments and other partners, many women and girls who are subjected to violence still lack access to essential services that support their safety, health and access to justice. COVID-19 pandemic seems to have an effect on GBV since this too has resulted in an increase in cases of domestic violence. There seems to have been an impact of Covid-19 on GBV due to the lockdown imposed to deal with COVID-19 which is reported to have granted greater freedom to abusers. Several media reports indicate a surge in cases of domestic violence in various countries including Nigeria. Researchers have argued that the lockdown imposed to deal with COVID-19 has granted greater freedom to abusers. It has become easier for the abusers to enforce control tactics by limiting the access of the victims to phones, internet, and other people. They also emphasized that the lockdown limits familiar support options. The role of the media to raise awareness about the issue of gender violence during the pandemic as well as about the practices that can replace the conventional in-person support is important. These may include offering supportive statements, promoting safety guidelines via advertisements, bystander approaches, and accessing help on behalf of the victim after obtaining consent. They also call for increase in service availability and funding for protection needs and shelters during quarantine called for coupling physical distancing with social support to ensure that it does not exacerbate gender based violence. The social and economic impacts of COVID-19 will be different for women and men, boys and girls. Increased economic insecurity may increase stress within the household, along with a GBV survivor’s economic dependence on their abuser. Data can help identify: GBV risk factors; the impact of COVID-19 on the availability of services for women survivors of violence; how women’s access to such services and help-seeking from formal and informal sources is affected; new short and medium-term needs. These data are critical to designing evidence-based policy and programmes that respond to women’s needs, reduce risks, and mitigate adverse effects during and after the pandemic. But most importantly, effective policy measures and remedies have to be continuously put in place and updated to ensure survivors have access to care, safety and effective support to reduce the trauma.