Guest blog: SDG #16 Through the Lens of Wildlife Crime 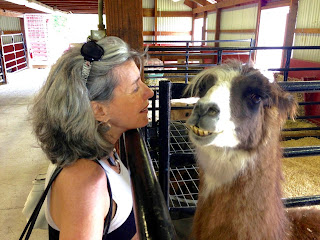 Guest blog: Bonnie Wyper is Founder and President of Thinking Animals, Inc which produces the series, Exploring Animal Minds in Manhattan, and the Rethinking Animals Summits. She is the founder of the Animal Issues Thematic Cluster at the United Nations, a part of the Major Group system. She attended L’Ecole de la Chambre Syndicale de la Couture Parisienne, the Rhode Island School of Design (RISD), and Hunter College where she received an Advanced Certificate in the Psychology of Animal Behavior & Conservation.

The care, protection and conservation of other animals is essential for the survival of the planet and its people. Without this acknowledgement and integration into the implementation of the Global Sustainable Development Goals (SDGs), we cannot succeed in ending poverty, fighting inequality, conserving nature, and addressing the urgency of climate change. The diverse and significant implications of wildlife trafficking mean that the protection of wildlife, forests, and fish “must be part of an international and comprehensive approach to achieving poverty eradication, food security, sustainable development, including the conservation and sustainable use of biological diversity, economic growth, social well-being and sustainable livelihoods.” (UN General Assembly, 2015). SDG #16 in particular, is a missed opportunity to highlight progress in this, as well as in other environmental crimes such as those illegally decimating the world’s forests, and marine life.

SDG #16 provides a road map for “promoting peaceful and inclusive societies for sustainable development, providing access to justice for all and building effective, accountable and inclusive institutions at all levels.”

16.3 Promote the rule of law at the national and international levels and ensure equal access to justice for all

16.4 By 2030, significantly reduce illicit financial and arms flows, strengthen the recovery and return of stolen assets and combat all forms of organized crime

16.5 Substantially reduce corruption and bribery in all their forms

16.a Strengthen relevant national institutions, including through international cooperation, for building capacity at all levels, in particular in developing countries, to prevent violence and combat terrorism and crime.

Neither wildlife, forest nor illegal fishing crimes are mentioned in SDG #16, despite wildlife crime being estimated in an October 2019 report  from the World Bank, to be a massive global criminal industry worth up to 23 billion USD per year—behind only drug, human and arms trafficking in value to international crime syndicates and violent militia groups. (the costs of forest crime are estimated to be up to100 billion USD annually, and illegal fishing, 36 billion USD a year.) Wildlife itself is mentioned only once in SDG #15 (Life on Land) in regards to the demand and supply of illegal wildlife products. The word ‘animal’ is not mentioned in the SDGs at all. And yet, according to the United Nations, no country is untouched by wildlife crime. Furthermore, despite the fact that wildlife crime impacts each of the SDG #16 targets above, it is not identified in the indicators used by member states to measure success in meeting each target--begging the question of how we are going to achieve SDG #16 without addressing wildlife crime, or other natural resource crimes, such as illegal timber harvesting and illegal fishing.

Every year, more species of flora and fauna are targeted and added to the list of those that are already illegally traded. Between 1999 and 2018 there were nearly 180,000 seizures from 149 countries representing almost 6,000 species of wildlife alone (UNODC, 2020). These crimes disproportionately hurt the world’s poorest, most of whom live in the most biodiverse areas of the planet.

All environmental crimes are major causes of violence, corruption, fraud, and terror by state and non-state actors, and an acute threat to the rule of law and governance, a major loss of tax revenue, the proliferation of weapons, and constitutes an on-going threat to rural communities--primarily in the Global South. The poaching and trafficking of animals is a crime that destroys forest ecosystems, destabilizes rural and coastal communities, threatens livelihoods, tramples on human rights, creates food insecurity and increases the vulnerability of human populations to disease, poverty and starvation.

Recent research demonstrates that while the world's 370 million indigenous peoples make up less than five percent of the total human population, they manage or hold tenure over 25 percent of the world's land surface and support about 80 percent of the global biodiversity. (Nature Sustainability, July 2018). They are our forest and wildlife custodians. They are also among the first to be penalized for protecting their land from environmental crime. Four defenders have been killed every week since the Paris Agreement was signed in December 2015, according to Global Witness, with many more silenced by the threat of attack, intimidation and sexual violence. Moreover, more than one thousand park rangers have lost their lives while on duty during the last decade. Hundreds more die each year that are never reported in developing countries. Two-thirds of these men and women died at the hands of wildlife poachers, according to Global Conservation.

All environmental crimes have multi-stage supply chains that include the planning, poaching, distribution, transportation, processing, selling and money laundering activities in which drug, human and arm traffickers also participate. This chain offers many touch points in which players can be recorded and identified. But as with all criminal activities, exposing the criminals involved is risky and dangerous. Incentives and protections are needed.

The most powerful incentive—the same that motivates illegal activity, is money. For instance, monetary whistleblower rewards can be used as incentives to enlist the confidential help of citizens in identifying offenders and bringing them to justice, if indeed, the information results in a successful prosecution. The U.S. Fish and Wildlife Service (“FWS”) has just publicly released, for the first time, its procedures governing the payment of whistleblower rewards. These procedures have widespread application to illegal fishing, logging and wildlife trafficking prohibited under the Lacey and Endangered Species Acts. The full article can be seen here. But these are not the only avenues to rewards.

It is worth noting that Whistleblowers can have a significant role to play in ending natural resource crime, including wildlife, marine and forest crime, if empowered to do so. These incentives, as well as the reasons we need them should be integrated into the implementation of SDG #16.  “If we can make reporting crime more lucrative than participating in it, there will be a sea change in how the wildlife crime industry operates” (IUCN blog, Crossroads, Scott Hajost)