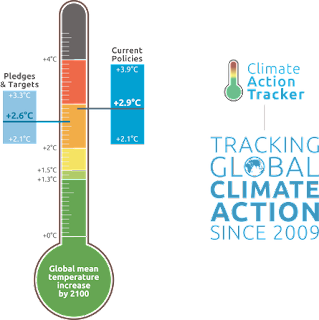 Part of the G7  Ministers responsible for Climate and Environment communique

Recognising that coal power generation is the single biggest cause of global temperature increases, we commit now to rapidly scale-up technologies and policies that further accelerate the transition away from unabated coal capacity and to an overwhelmingly decarbonised power system in the 2030s, consistent with our 2030 NDCs and net zero commitments. In doing so, we reaffirm the importance of national energy security and resilience and underscore the importance of providing support for affected workers, regions and communities. We welcome with appreciation the work of the Energy Transition Council in supporting the new economic opportunities and sustained quality job creation offered by a transition to clean energy in developing countries.

We commit to exploring further ways that we can accelerate global progress towards net zero power, including leading by example as the G7, and working with collaborative initiatives and institutions.

We note that several G7 members participate in the Powering Past Coal Alliance. We will convene by COP26 to lay the groundwork for further joint action by G7 members.

In line with Article 2.1.c of the Paris Agreement, we commit to aligning official international financing with the global achievement of net zero GHG emissions no later than 2050 and deep emissions reductions in the 2020s.

We commit to promoting the increased international flow of public and private capital toward Paris Agreement-aligned investments and away from high-carbon power generation to support the clean energy transition in developing countries.

In this context, we will phase out new direct government support for carbon intensive international fossil fuel energy, except in limited circumstances at the discretion of each country, in a manner that is consistent with an ambitious, clearly defined pathway towards climate neutrality in order to keep 1.5°C within reach, in line with the long-term objectives of the Paris Agreement and best available science. Consistent with this overall approach and recognising that continued global investment in unabated coal power generation is incompatible with keeping 1.5°C within reach, we stress that international investments in unabated coal must stop now and commit to take concrete steps towards an absolute end to new direct government support for unabated international thermal coal power generation by the end of 2021, including through Official Development Assistance, export finance, investment, and financial and trade promotion support. We commit to reviewing our official trade, export and development finance policies towards these objectives. We further call on other major economies to adopt these commitments. We welcome the support provided and mobilised by DFIs and multilateral funds, including the GCF, to support the energy transition. In particular, we note the recent Climate Investment Funds board decision to launch new sector specific funds, including those to accelerate coal transitions, and support renewable energy deployment in emerging economies.

We reaffirm the need to take into account the imperative of a just transition of the workforce and the creation of decent work and quality jobs in accordance with nationally defined development priorities, as reflected in the Paris Agreement. Recalling the SDGs, we commit ourselves to a people-centred transition, that will work to create decent employment in the low carbon economy while making energy more accessible, affordable, and cleaner for all communities. We support reskilling workers across industries and communities and developing the industries of the future, as the clean energy transition continues to gather momentum. We welcome the substantial economic opportunities inherent in a people-centred transition, including alleviating energy poverty for people and communities, removing barriers to employment, especially for marginalised populations, which will in turn lead to substantial and equitable economic growth and prosperity for all.

We recognise that inefficient fossil fuel subsidies encourage wasteful consumption, reduce energy security, impede investment in clean energy sources, and undermine efforts to deal with the threat of climate change. We reaffirm our commitment to the elimination of inefficient fossil fuel subsidies by 2025 and encourage all countries to adopt this commitment. We encourage greater international action to meet this commitment and we support calls for greater transparency.

We recognise the importance of ambitious and urgent action to reduce emissions and leakage of methane (fossil and biogenic) from the energy sector, as well as waste and agricultural sectors, and of other potent warming substances, such as black carbon, in order to slow global warming. This will require improved measurement and reporting to better locate and quantify these emissions.