So, what about Glasgow? What’s it all about? And what are the possible outcomes? 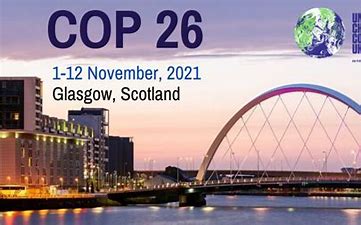 The journey to the Glasgow Climate Summit has and is a challenge because of the COVID-19 pandemic. It was moved from November 2020 to November 2021 to enable governments to meet in person.

We now know that it is unlikely that the Bonn June meeting will happen in person. Will it become a virtual negotiation? I personally think that would not work.

I would hope it could be added on to the meeting in Italy so that most of October would become a prepcom for Glasgow. The advantage of this is member states and stakeholders would be travelling once though perhaps if it merges into Glasgow so it could become a six week combined event.

There are a series of meetings and negotiations that will help build momentum and we also hope commitments. Between April and November, the key meetings that will feed into the Glasgow Summit include:

On the Agenda for discussion and negotiations for Glasgow are:

The UK  has five priority areas for additional activity and agreements these are 1) Clean Energy, 2) Clean Transport, 3) Nature based solutions, 4) adaptation and resilience built into recovery packages from COVID and 5) finance – aligning our public and private finance to address climate change.

The UK announced aims for Glasgow are:

Possible outcomes from Glasgow could include:

Country engagement in this Alliance is led by the governments of Chile and the United Kingdom, with support from UN Climate Change and UNDP; while mobilization of a non-government actors is led by the High-Level Climate Champions for Climate Action.