Interview with Felix Dodds - on the Negotiating the Sustainable Development Goals

November 26, 2020
Podcast can be found here
Felix Dodds is my guest on this episode of Inside Ideas with Marc Buckley.
Felix Dodds has been a leading thinker in the area of global governance for thirty years. Now an Adjunct Professor at the University of North Carolina where he is the Principal Investigator for the Belmont Forum funded project Governance of Disaster Risk Reduction and Resilience for Sustainable Development. At UNC he co-directed the 2014 and 2018 Nexus Conferences on Water-Food-Energy and Climate. He is secretary to the government Friends of Governance for Sustainable Development group in New York. He is also an International Ambassador for the City of Bonn.
He was the UK government candidate to be the Executive Director of the United Nations Environment Programme (2019). In 2019 after a three-year campaign he succeeded in securing an annual UN General Assembly resolution on Sustainable Investment.
During the SDG negotiations from 2013 to 2015, he was the advisor to the Ford Foundation grantees on the SDGs and the co-founder of the coalition Communitas that seceded in lobbying for SDG 11 on sustainable cities and communities. He was also the advisor for a number of other non-profits during the SDG negotiations. From 1992 to 2012 he was the Executive Director of Stakeholder Forum for a Sustainable Future. Stakeholder Forum hosted the first workshop on Rio+20 in November 2008.
For the Johannesburg World Summit on Sustainable Development in 2002, he facilitated the setting up of the first global network on sustainable development for sub-national governments. He also hosted the first conference on Responsible Tourism. He has sat on a number of advisory boards most recently for the UN Secretary-General the review of the UN Global Compact (2018/2019), for the President UN General Assembly (2016) on sustainable finance, the German government’s global conferences on the Nexus – Water-Food and Energy (2011), Renewable Energy (2005) and Water (2001). He has authored or edited over twenty books the last one was ‘Stakeholder Democracy: Represented Democracy in a Time of Fear’. He also co-wrote ‘Negotiating the Sustainable Development Goals’ with Ambassador David Donoghue and Jimena Leiva Roesch and ‘Only One Earth’ with the father of sustainable development Maurice Strong. His new book ‘Tomorrow’s People: The impact of disruptive Industries on our lives by 2030 will be out in July 2021.
https://youtu.be/Sxzl9dNTgJg
https://en.wikipedia.org/wiki/Felix_D...
https://blog.felixdodds.net/
http://www.felixdodds.net/ 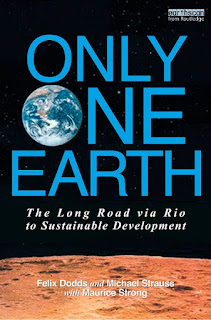 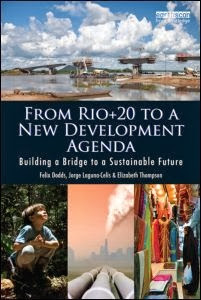 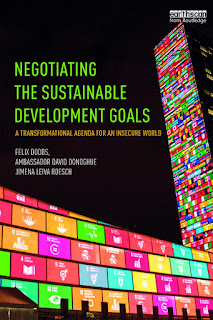