The Rise and Fall and Rise of the Debt Clock 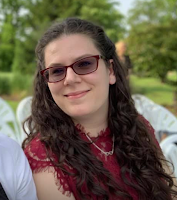 Danielle Antosz is a Chicago-based marketing consultant who enjoys using content to create connections and kickstart conversations. Danielle has worked with sector-leading brands like Marriott, Hard Rock Cafe, and ClearVoice.

As the coronavirus continues to spread, the US government has made moves to protect the economy by sending out $1,200 checks to Americans. And they are discussing canceling up to $10,000 in student loan debt.

But where does that money come from? In many cases, it gets added to the US debt, which currently stands at almost $25 trillion.

The amount of money the government spends is a hot topic — which led to the rise of debt clocks. But what exactly are debt clocks, where did they come from, and why do they matter? Should the amount of debt a country accrues matter?

Here is what you need to know about debt clocks.

What Type of Debt Does a Debt Clock Track?

A debt clock tracks the overall debt of a nation's government — including the interest it accrues on that debt in real-time — sometimes via a billboard, like the one in New York City.

Debt clocks do not track privately held debt — think credit cards, mortgages, and student loans. Rather, they track government deficit spending on things such as the recent rescue package, corporate bailouts, and social programs like food benefits for struggling Americans.

Debt clocks serve as a stark reminder that the debt of a government isn't an arbitrary number —- it is real money that is borrowed (normally through the selling of government bonds). This money must be paid back by the government through economic growth, increased taxes, spending cuts, and inflation.

The very first debt clock was installed by New York real estate developer Seymour Durst in 1989. When unveiled, it was displayed on the corner of 42nd Street and Sixth Avenue in New York City, just a few blocks from Times Square.

Seymour's goal was to highlight the rising debt the country was accruing by creating a billboard size display that couldn't be ignored. Seymour died in 1995, but the clock kept running under the guidance of his son Douglas.

The clock counted the government debt — and each American family's share — in real-time for more than 11 years. On September 7th, 2000, the clock was covered as the US's debt began to go down for the first time since the clock's installation.

''I'm very pleased it has served its purpose, but the debt's going down now,'' Douglas Durst, Seymour's son said. ''The whole point of it was to show the debt going up. It did what it was supposed to do.''

It sounds like a happy end to the story — but the debt clock's saga doesn't end there.

Less than two years later, in June of 2002, the clock was uncovered and once again began calculating the rising debt of the US government.

The clock was later updated to count higher. It was also moved — twice. The billboard now sits at the entrance of an alley between Sixth Avenue and Broadway. It continues to faithfully calculate the rising debt of the United States government to this day.

The Rise of the Debt Clock

While the US debt clock was the very first debt clock, it isn't the only one.

There are debt clocks for the UK, Taiwan, Germany, Sweden, and many other countries. Their purposes are the same as in the US: to highlight debt and increase support for government spending cuts.

There are also now several world debt clocks, like this one from The Economist, which track the overall debt of all countries on the planet.

What Is the Purpose of a Debt Clock?

Debt clocks, as the name indicates, are designed to track the amount of money a government owes.

The true purpose of a debt clock, is to remind citizens, legislators, and international organizations, that government debt shouldn’t be ignored.

This is one reason why the US debt clock was covered when debt finally began to go down. (In fact, the clock wasn't even designed to run backward when it was first installed — that feature had to be added later.)

And while the purpose of a debt clock might seem neutral, they are almost always used as political tools to advocate for policy shifts.

These clocks are discussed and used in different ways by advocacy groups and citizens in keeping with their political philosophies. For example, many on the right may voice concern about the debt but call for higher military spending and lower spending on welfare programs. Those on the left may ask why the military budget can’t be whittled down and social or climate change budgets increased.

Debt clocks can also be used to advocate for the forgiveness, relief, or restructuring of high debt burdens incurred by poor countries. In these scenarios, clocks (or other tallies) may be used as a springboard to raise public awareness or to discuss international assistance and reform.

Many of the least developed countries in the world are heavily indebted to advanced countries. And currently, some oil-producing poor nations are struggling to repay oil-for-cash loans provided by commodity trading houses. Natural disasters, like the coronavirus pandemic (and ensuing plunge in oil prices) can push such countries into destabilizing crises.

In these cases, debt restructuring or relief can provide significant benefits. And under the right circumstances, debt forgiveness can be wise. The National Bureau of Economic Research explains that “both borrowers and lenders can benefit from debt relief when the borrower suffers from ‘debt overhang.’ Overhang occurs when the cost of a country's debt, taken with a decline in the economy, discourages new investment.”

Given the political nature of debt clocks, it should not be surprising that they have their detractors. One key criticism has been that the debt numbers lack sufficient context and may generate pointless and misleading commentary.

One prominent critic is Heiner Flassbeck, a German economist with a storied career. For example, Flassbeck previously served as State Secretary in the German Public Ministry of Finance (Bundesministerium der Finanzen). He is currently director of Flassbeck Economics, a global consultancy.

Flassbeck has cautioned that “Those who do not understand that there is a connection between savings and debts in sectors of an economy should never again pick up a pen to write about this stuff.”

And he wryly notes, “In German debt and guilt are the same word: Schuld.”

When it comes to debt clocks, Flassbeck recommends that they be displayed alongside a  counter displaying the increase in the value of private property and assets of the country.

This can be particularly true in times of economic upheaval, such as the current pandemic. In addition, the overall accuracy of these clocks has been questioned.

Debt clocks don't just serve to count debt — their true goal is to remind citizens that government debt is rising.

Based on this, people will likely conclude that either government spending should be reduced, taxation should be increased, or both. While debt alone does not present a complete picture of a nation's economic health, debt clocks can be helpful tools.

Perhaps one of their best uses might be to prompt citizens to examine their premises about government spending and debt and learn more about this complex topic.