Before handing over to the Guest blog from Edward Davey I just wanted to make a comment on UK preparedness for the Glasgow Climate COP. The only reason I went back to the UK to stand in the UK election in December was because of my deep concerns over UK preparedness for the Glasgow COP.
The UK needs a huge change in the way they are preparing for Glasgow and I was about to write a blog on this here is Edward Davey's take. 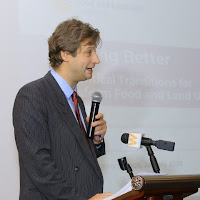 Guest blogger: Edward Davey Director, Geographic Deep Dives, Food And Land Use Coalition, World Resources Institute. Prior to joining WRI, Edward was Senior Programme Manager at The Prince of Wales' International Sustainability Unit, where he co-led a number of international initiatives on REDD+, zero-deforestation commodity supply chains, forest landscape restoration and climate change. Prior to the ISU, he served as Lead Adviser on Environment in the Colombian Presidency's International Cooperation Office in Bogotá. This originally was published on  his twitter  https://twitter.com/edwardleodavey 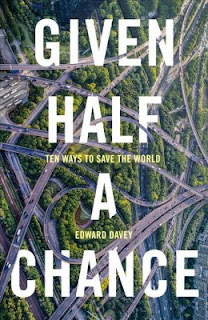 Edward's new book Given Half a Chance: Ten Ways to Save the World is available here.
climate chanage COP26 Edward Davey WRI