Guest blog: On the Way to a New Chemicals Framework? Ahead of the second meeting to reform SAICM and the governance architecture on chemicals and waste 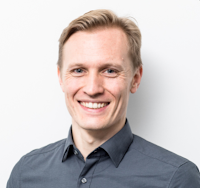 Last December, when the UN Environment Assembly met for the third time, it gathered under the slogan “Towards a Pollution-free Planet”. Those were strong words, yet the outcomes fell short of what’s needed to actually get there.
Just a few weeks before UNEA3 met in Nairobi, the Lancet Commission on Pollution and Health concluded that pollution “is the largest environmental cause of disease and premature death in the world today.” Though apparently not the most deadly, chemical pollution is a particularly troubling kind. We know that many chemicals are hazardous and take a heavy toll on human health and the environment. Yet we are lacking data about the presence 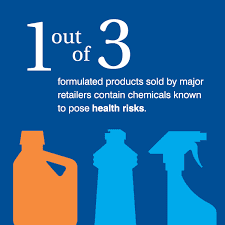 and impacts of many hazardous substances throughout their life-cycle. That’s why we barely know how many people are seriously injured or even die because they are exposed to chemicals. The full economic costs are likewise in the shadows; only for a few substances do we have a rough idea how much it costs humanity that we don’t manage them responsibly.

We are well aware of the profits, though. The chemical industry makes annual turnovers of more than 5 trillion US$ each year, and some people still claim that pollution is the unavoidable price of economic progress. Yet the price tag on human health and the environment makes sound chemicals management one of the biggest development challenges we are facing in the 21st century. Despite this urgency, the issue receives relatively little attention by policy-makers and the public.
The scant attention does not mean that policy-makers were inactive: At the United Nations, there are four legally binding treaties dealing with chemicals and waste; apart from the Basel, Rotterdam, and Stockholm Conventions, the most recent addition to this cluster is the Minamata Convention on mercury. Next to these, a global voluntary framework exists, the Strategic Approach to International Chemicals Management, or SAICM for short. SAICM is a multi-stakeholder platform and supposed to bring actors from different sectors together, launches programs on emerging policy issues and other issues of concern, and tries to tackle issues which are not dealt with by the binding agreements.
SAICM was established in 2006 with the goal that, “by 2020, chemicals are used and produced in ways that lead to the minimization of significant adverse effects on human health and the environment.” With just two years to go, it is obvious that this goal will not be reached. SAICM is in urgent need of a renewed mandate, and this opens a window of opportunity to enhance the governance architecture for the sound management of chemicals and waste (SMCW). 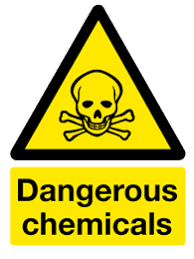 When I wrote above that policy-makers weren’t inactive, that’s only one side of the story. The other side is that chemicals and waste governance lacks teeth and resources. That’s why the draft report of an ongoing independent evaluation of SAICM finds significant weaknesses, despite a number of things the Strategic Approach and its stakeholders did get done.

The necessity to think about a future framework was already seen in 2015 when the fourth International Conference on Chemicals Management (ICCM4) decided “to initiate an intersessional process to prepare recommendations regarding the Strategic Approach and the sound management of chemicals and waste beyond 2020” in Resolution IV/4.
The mandate of the intersessional process thus covers not only SAICM but the broader institutional architecture. However, the process has no authority over the binding conventions as these are governed by their respective COPs. Carving out a new framework will thus focus on SAICM and its successor platform, while keeping in mind the linkages with the binding agreements and the work done by the UN System, including the WHO, FAO, ILO, and others.
The first meeting of the intersessional process took place in February 2017 in Brasilia, and the second meeting starts on Tuesday in Stockholm. On the agenda are five core elements that have to be finalized by 2020 the latest to establish the future framework. A three-day meeting is terribly short for walking through such complex matters, yet maybe the (for UN standards) innovative schedule allows for surprises: While Tuesday and Thursday will see the standard plenary discussions, on Wednesday there will be five smaller discussion groups, each of which will deal with five main topics.
What are these topics? I am glad you asked. Let’s briefly walk these through, see what’s on the agenda, and let me share some thoughts about what should get done to achieve meaningful progress.
Vision
In preparatory documents, UNEA Resolution 1/5 is an often mentioned point of reference for the vision – however it is quite lengthy, so you shouldn’t try to read this aloud without taking a breath in between: “to achieve the sound management of chemicals throughout their life cycle and of hazardous wastes in ways that lead to the prevention or minimization of significant adverse effects on human health and the environment, as an essential contribution to the three dimensions of sustainable development”
That could certainly be shorter, and maybe even stronger. The vision for the beyond 2020 framework should outline a world where chemical pollution is eliminated, where all chemicals are managed in a responsible manner, and where the benefits from the use of chemicals can be enjoyed by all. Here’s one attempt to reformulate it:
“Manage chemicals and hazardous wastes responsibly throughout their life-cycle to prevent damages to human health and the environment, and maximize benefits from the use of chemicals for all.”
Maximizing the benefits might be controversial, yet it serves an important purpose: It makes clear that chemicals management is not only about avoiding harm, as environmental and health policies are generally not only about repairing damages, but that we use chemicals to achieve some purpose and realize some gains in the first place, and these advantages should be used for the betterment of everyone.
Another part of the debate may reverberate about the need for a slogan or a catchphrase, something that can be put on posters and brochures, makes a good hashtag and is easy to understand. In biodiversity, people are trying “Living in Harmony with Nature”. It remains to be seen what delegates come up with during the Stockholm meeting. 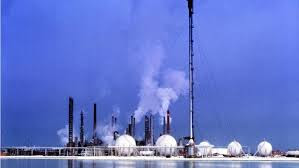