June 09, 2017
Guest Blog from: A Statement of the Parliament of the World's Religions from David Hales Chair of the Climate Action Task Force and Trustee Dr. Larry Greenfield Executive Director Dr. Robert P. Sellers Chair of the Board

The 21st century presents no greater moral challenge than addressing the threat of human-caused climate change.

The Parliament of the World’s Religions condemns in the strongest possible terms the President’s decision to renege on the commitment of the United States to the Paris Climate Agreement, a pact signed by 195 nations and formally ratified by 147 nations.
The decision is wrong from every relevant perspective:


Our condemnation of this decision is based on our conviction that the decision is wrong, but not just in the sense that it is incorrect. This decision is wrong in the sense that it is evil — it will result in devastation to life on Earth for generations to come. Its global consequences and impact on every living being on the planet makes it fundamentally immoral.
Every individual and every nation, every institution and every corporate entity, every religious and spiritual community faces this momentous ethical challenge of our age. Those with the greatest opportunity and power to affect the course of the 21st century have the greatest responsibility to act with unflinching moral integrity.
No individual faces more responsibility than the President of the United States.
His failure, however, only increases the responsibility of others. If this President fails to meet that responsibility, it falls then to the people and their elected representatives to reject, reverse, and overcome it.
The Parliament is committed to that reversal and to overcoming its consequences as well as the ignorance on which it is based. We call on others who cherish all that is sacred in our world to join in that commitment, and to endorse that commitment with their own words and their own actions. 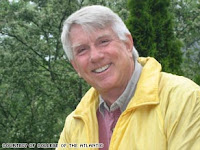 David Hales served as President of the College of the Atlantic, Chair and President of Second Nature, the managing organization of the American College and University Presidents Climate Commitment, and as Director of the Michigan Department of Natural Resources. He led environmental policy and sustainability programs for the US Agency for International Development. As a diplomat, he has represented the USA in numerous negotiations on climate change, urban affairs and policy, and biodiversity. He served in the Carter administration as Deputy Assistant Secretary of the Interior. He was the first American to serve as Chair of the World Heritage Convention. David Hales is a member of the Board of Trustees of the Parliament of the World's Religions and serves as Chair of its Climate Action Task Force. 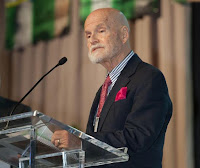 Rev. Dr. Larry Greenfield:  is the Executive Director of the Parliament of the World’s Religions. Before coming to the Parliament, he served as executive minister of the American Baptist Churches of Metro Chicago, a regional judicatory of the American Baptist Churches U.S.A, and the theologian-in-residence for the Community Renewal Society, a progressive, faith-based organization in Chicago that works to eliminate race and class barriers and advocates for social and economic justice. He received his Ph.D. from the University of Chicago Divinity School, where he subsequently taught and served as dean of students. Later he served as president of Colgate Rochester Divinity School in Rochester, New York. 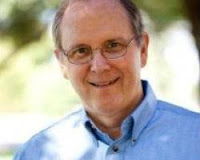 Dr. Robert P. Sellers: is the Chair of the Board of Trustees of the Parliament of the World's Religions. He is Professor Emeritus of Theology at Hardin-Simmons University in Texas. His classes emphasize cross-cultural living, global Christianity, Two-Thirds World and liberation theologies, world religions, and interreligious dialogue. Frequently he takes university or seminary students on Study Abroad trips, and he has taught or made presentations on six continents. With Muslim and Baptist partners, Rob has planned three national retreats. As a Baptist Christian, he is a member of the Interfaith Relations and Collaboration Table of the National Council of Churches and the Interfaith Relations Commission of the Baptist World Alliance.


The Parliament of the World’s Religions cultivates harmony among the world’s spiritual traditions and  fosters their engagement with guiding institutions in order to achieve a more peaceful, just and sustainable world. Its origins are rooted to the 1893 World’s Columbian Exposition in Chicago, where the historic first convening of the World Parliament of Religions created a global platform for engagement of religions of the east and west. Headquartered in Chicago, Il, USA, the Parliament of the World’s Religions is an international 501c3 NGO affiliated to the United Nations Department of Public Information.

Registration for the forthcoming 2018 Parliament of the World’s Religions to be held in Toronto, Canada is open now.