Founded in 2000 by the late Arthur Lyons, the Palm Springs Film Noir festival includes an eclectic mix of Classic Film Noir “B” movies.
Soon it will be Film Festival time in Palm Spring.  This will be my first visit to this Film Festival and my second time to Palm Spring.
Writer and Film Noir Foundation director Alan K. Rode, who is producing and hosting the festival for the sixth consecutive year, promises another fun-filled weekend of classic noir enlivened by special guest star appearances and introductions by noted film historians.
"I try to keep the Festival fresh for our core audience members who aren't necessarily habitués of the film noir festival circuit," said Rode. "While the guest stars and the commentators are a major component of the festival's rich heritage, our loyal patrons continue to sustain the Arthur Lyons Film Noir Festival primarily because of the unique mix of films that are programmed every year."
The festival is named after Arthur lyons who was an author of seventeen novels, eleven of which are devoted to Jacob Ash, a private detective living in Los Angeles . In Le Fouineur (1974), the first title of the series, Jacob Ash identifies a sect of necrophilists amateurs of private evenings. In La Ravissante à l'abattoir (1976), the hero searches for the disappeared director of a meat packing company, which soon links him to the mafia that controls this economic sector. In total, seven of Ash's investigations were translated into the Black Series .

In 2000, Arthur Lyons co-founded the Palm Springs Festival Noir , an event devoted to black films and series B. At his death in 2008, the festival is named the Arthur Lyons Black Festival or Noir Festival

So instead of drinking coffee in the basement of the UN at the Vienna cafe or the now nicer Lobby Cafe where you can actually see outside I will from the 11th to the 14th of May be watching good films in an amazing town and at the Camelot Theatre.As a Brit Camelot is part of our history - true or false - our legend that once there was a time of chivalry and courtesy.

As we approach the first 100 days of the Trump Presidency we can be reminded in  American contexts, the word "Camelot" is sometimes used to refer admiringly to the presidency of John F. Kennedy. The Lerner and Loewe musical was still quite recent at the time and his widow Jackie quoted its lines in a 1963 Life interview following JFK's assassination. She said the lines, 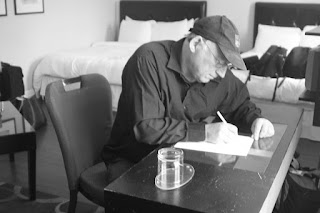 "Don't let it be forgot, that once there was a spot, for one brief shining moment, that was known as Camelot" were Kennedy's favorite in the score, adding that "there'll be great Presidents again, but there'll never be another Camelot again… It will never be that way again." we hope she was wrong...but ....Back to the films.  If you find yourself in Palm Spring I look forward to sharing the expereince 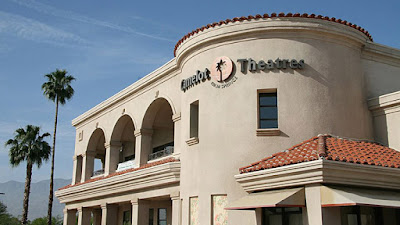 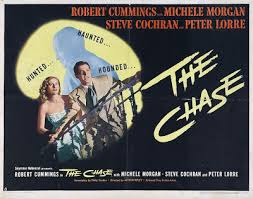 Friday, May 12th
10:00 am THE CHASE (1946)
Restored 35mm print! United Artists, D: Arthur Ripley. A down-and-out Robert Cummings lucks onto a job as a chauffeur by a sinister man (Steve Cochran) and his henchman (Peter Lorre). What’s a guy to do but fall head-over-heels for the boss’s wife (Michele Morgan) and flee with her to Havana! This engrossing oddity was helmed by former Mack Sennett gag writer Arthur Ripley and has been restored to its original sharpness and sound.

1:00 pm SIDE STREET (1949) MGM,
D: Anthony Mann. Postman Farley Granger pilfers thirty grand for his expectant wife (Cathy O’Donnell) from a crooked lawyer involved in blackmail and murder. The harder he tries to extricate himself, the worse it gets. This picture remains the epochal noir filmed on location in New York City with stunning photography from Joe Ruttenberg and a stellar supporting cast of Jean Hagen, Paul Kelly, James Craig and Charles McGraw. 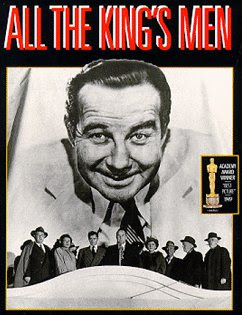 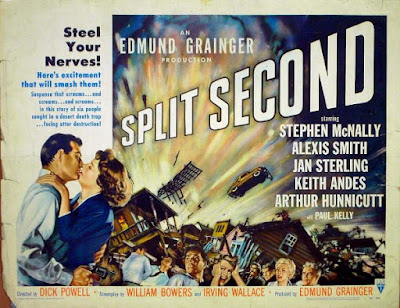 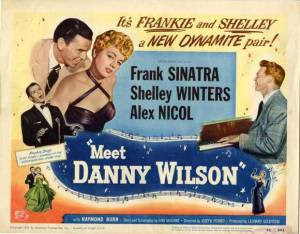 4:00 pm MEET DANNY WILSON (1951)
Not on DVD! Universal-International, D: Joe Pevney. Frank Sinatra stars as a hot-tempered singer (imagine that!) who is kept afloat by his buddy-pianist (Alex Nicol) and heart-of gold chanteuse (Shelley Winters). Complications ensue when gangster Raymond Burr enters the picture with an eye for Shelley’s gams and Sinatra’s salary.  Produced after Frank’s bobby-soxer era fame faded and prior to his mega-stardom in From Here to Eternity (1953), this noir-stained musical is one of “Ol’ Blue Eyes” most overlooked and underappreciated movies. 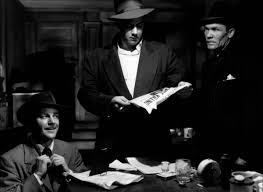 10:00 am DESPERATE (1947) RKO,
D: Anthony Mann.  A fast-paced programmer starring Steve Brodie as a newlywed truck driver deceived into participating in a heist led by the always-malevolent Raymond Burr. Brodie and his pregnant bride (Audrey Long) end up taking it on the lam from both the gangsters and John Law. This was the picture that convinced Anthony Mann he could be a director of consequence. Rarely screened: don’t miss it!

1:00 pm THE BODY SNATCHER (1945)
RKO, D: Robert Wise. A haunting Gothic chiller based on Robert Louis Stevenson’s short story set in 1831 Edinburgh concerns the renowned Dr. MacFarlane (Henry Daniell) whose medical school is chronically short of cadavers. Enter the legendary Boris Karloff (in a brilliant performance) as sinister cabman John Gray who supplements his income by grave robbing and shares a tangled history with MacFarlane.  Produced by the great Val Lewton and brilliantly helmed by Robert Wise, this was the final cinematic pairing of Karloff and Bela Lugosi.  With Russell Wade, Edith Atwater and Rita Corday.
Post-Screening discussion with special guest Sara Karloff 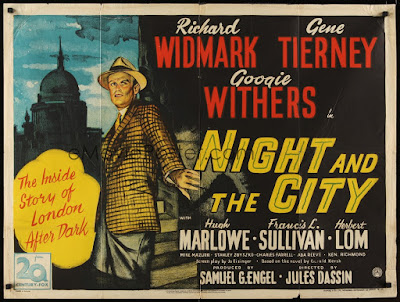