Ideas on who could be the new Head of UN Habitat!!!

March 14, 2017
So many changes at the UN due to go in October is Dr Clos head of UN Habitat and people are already discussing who might pick up the Habitat mantel. Habitat III in no way delivered its promise on being the vehicle to help implement the SDGs at a local and sub-national level.

The 2017 UN Staff Survey just out which reviews "UN departments and missions in which to work, which have the best leadership and in which do staff feel the most or least empowered.According to the survey findings about UN-Habitat the report says:


" The agency performed well above expectations and enjoyed donor confidence and support until 2011 when it's financial and human resources began a precipitous plunge that up till date has greatly negatively impacting its normative and operational work. The bottom line is that the executive director simply failed to mobilize resources,"


"Compared with seven years ago, the organization can today be described as a pale shadow of its former self as it continues to suffer from among others: huge donor confidence crisis, loss of staff, more than 50 per cent of UN Habitat staff has been lost, corrosive demotivation due to poor and nepotistic leadership and the replacement of competent staff with consultants at the expense of in-house expertise,"

The bottom five UN departments and missions in which to work in the survey are:

You may also be interested in MOPAN 2015-16 Assessments United Nations Human Settlements
Programme (UN-Habitat) which can be read here.

There has been little if no bounce from the Quito Conference and so the new head will have a lot to do to get any political space unless they refocus the New Urban Agenda into a SDG facing agenda. It can be done and if it is then UN Habitat could becoming a real significant player in

So who could be a good head of UN Habitat? I say could as I have so far not heard any names in the corridors in New York.

I have to admit i have no idea if these people would be interested but i think they do have the skills to take UN Habitat forward. These are my suggestions who do you think should head it?

Ambassador Macharia Kamau the Kenyan Ambassador to the UN in New York and of course well known to all of us for the amazing work he did in co-chairing both the Sustainable Development Goals Open Working Group and the negotiations for the 2030 Agenda.

In May 2016 United Nations Secretary-General Ban Ki-moon appointed Kamau and Mary Robinson as Special Envoy of the Secretary-General on El Niño and Climate, tasking them with calling attention to the 60 million people around the world affected by severe El Niño-linked drought and climate impacts, and mobilising an integrated response that takes preparedness for future climatic events into account.

Most recently the President of the United Nations General Assembly Peter Thomson appointed Kamau as the Special Envoy on Sustainable Development Goals Implementation and Climate Change, in order to motivate actors at global, regional, national, and community levels.

To date the HESI has attracted support from more than 300 universities in over 50 countries. It seeks to get universities and business schools to green their campuses and transport systems, develop green procurement policies and supply chains, build a body of literature, case studies and learning around sustainable development, and teach sustainability as a module to all students so as to enhance their understanding and practice of sustainability in their discipline and area of enterprise

Prior to that the Barbados Minister of Energy and Environment and Minister of Health. She is winner of the UNEP Champions of the Earth Award and would bring enormous amounts of positive energy to the position.

Rana Kapoor  is the founder, managing director and CEO of Yes Bank, which is a private sector bank in India. 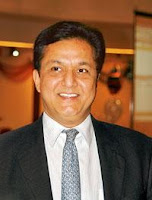 YES bank has a core plank of responsible banking that cuts across all functions of the Bank, integrates sustainability and business strategies extending CSR beyond “mere philanthropy". It has established a framework to recognize, evaluate, monitor and manage the environmental and social facets in day-to-day decision-making process has assumed critical importance for banks. He has led the banks support for the triple-bottom-line approach in making credit decisions.
YES BANK takes a precautionary approach to environmental and social impacts of its lending activities. The Bank has voluntarily adopted the policy which is based on international frameworks such as the Equator Principles and IFC guidelines.

The Environment and Social Policy is a crucial part of the Bank’s credit risk appraisal process, which goes beyond the realm of financial risk mitigation.

This would enormously improve the chances for UN Habitat to play a critical role in the development of  and support of local and subnational financing for the SDGs and the New Urban Agenda.

He played a critical role in the arguements for the reform of UNEP and WTO. He was also President of the African Ministerial Conference on the Environment (AMCEN) and a candidate in 2009 for head of the UNFCCC.

Another South African William (Billy) Cobbett is Director of Cities Alliance, which is a global partnership for urban poverty reduction and promotion of the role of cities in sustainable development. He joined the Cities Alliance in 2001 after serving as acting Chief of the Shelter Branch at the United Nations Human Settlements Programme (UN-Habitat), where he designed and launched the Global Campaign for Secure Tenure.

Prior to joining UN-Habitat he held numerous positions in his native South Africa, including Director of Housing for the City of Cape Town, Director-General of the National Department of Housing, and National Coordinator of the Department of Local and Regional Government, and Housing, for the African National Congress. He began his urban career as Coordinator of Planact, an urban NGO in Johannesburg.

So if it doesn't go to a developing country who might be an interesting candidate from the developed world?

Arnold Schwarzenegger now he is no longer doing the  Celebrity Apprentice he may have time on his hands. Former Governor of California is 2016 California's GDP passed that of France to become the sixth largest in the world. He set up Regions20 this was to help sub-national governments around the world to develop and communicate low-carbon and climate resilient economic development projects. 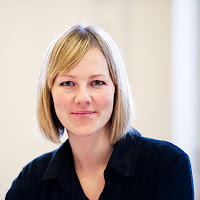 She is  also member of the Advisory Board of EMG, an international CSR and sustainability consultancy founded in the Netherlands, which advises in sustainable development and Cradle to Cradle certified products.

The Economist magazine honoured him with the title "Eurocrat of the Year" in 2007.

From 2012 to 2013, Piebalgs served – alongside Ellen Johnson Sirleaf, David Cameron and others – on the High-level Panel on Post-2015 Development Agenda, an advisory board established by United Nations Secretary-General Ban Ki-moon to develop the global development agenda beyond 2015, the target date for the Millennium Development Goals


Jeb Brugmann now at 100 resilent cities.  In 1990, he founded ICLEI-Local Governments for Sustainability, an international association of 1,200 cities and towns worldwide that are advancing practices in local sustainable development.

He served as ICLEI Secretary General from 1991-2000, and as interim Executive Director of ICLEI USA in 2009. In 2004, he co-founded The Next Practice innovation consultancy.  His new book, Welcome to the Urban Revolution: How Cities Are Changing the World, was published in 2009.

His initiatives have received official praise from the UN General Assembly (1997), the UN Conference on Human Settlements (1996) and the UN World Summit on Sustainable Development (2002). Brugmann’s leadership starting with worldwide Local Agenda 21 initiative won him the Millennium Award (2000) from the European Environment Agency/Princes’ Award Foundation and the Stockholm Partnerships Award (2002) from the City of Stockholm and King of Sweden.