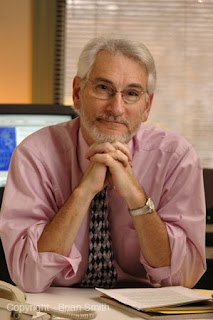 Allen L. White is Vice President and Senior Fellow, Tellus Institute; Co-Founder and former CEO of the Global Reporting Initiative;, Co-founder of Corporation 20/20; and Founder of the Global Initiative for Sustainability Ratings.

The first weeks of the Trump presidency have raised profound anxieties among government leaders and citizens alike. A steady stream of ill-prepared executive orders, unnerving tweets and unsettling phone calls have left allies and adversaries alike confused about Mr. Trump’s intentions.  In a matter of days, his bellicose tone has raised serious threats of confrontation with China and Iran, alienated Australia, and rattled relations with Mexico and European allies. Meanwhile, the institutional foundations of post- War stability—e.g. NATO, World Trade Organization, United Nations— face a U.S. hostile to the very notion of international rules of conduct. Disruption for disruption’s sake seems to be the order of the day. And while “America First” may be an astute slogan for solidifying the president’s core constituency, it falls woefully short of a coherent vision and strategy for ensuring U.S. prosperity for this same group— much less the nation--in the coming years.
Amidst rising uncertainty, one group that stands the most to lose is global business. Rising threats to free trade, supply chains and access to immigrant talent threaten transnational corporations already under assault for failing to contribute to shared, inclusive prosperity. The Trump administration has used one-on-one threats and arm-twisting with firms such as Carrier, Boeing and Ford to secure apparent concessions aimed at creating jobs on U.S. soil. Deploying both federal procurement and public opinion as negotiating tools, the administration seeks to take credit for near- term wins in the eyes of workers left behind by globalization and technological change. While the long-term consequences of such bi-lateral public shaming are far from clear, the administration sees such actions as essential to demonstrating that America First is more than a campaign slogan.
Amidst continuing White House bravado, U.S. companies generally have sought to remain in the good graces of the new administration. With the prospects of lower corporate taxes, financial and environmental deregulation and weakened anti-trust policies, U.S transnationals by and large seem to view the new administration as an ally, notwithstanding signs that the path ahead will be replete with surprises and contradictions. No CEO wants to be the focus of the next Trump tweet.
While collegiality with the White House appears to be the preferred strategy of most corporate leaders, exceptions are notable. More than 90 firms ranging from Google, Apple and (ironically) Twitter to Levi Strauss and Intel have supported a federal court’s action to reverse the recent ban on immigration among seven, dominantly Muslim countries. In Seattle and Silicon Valley, the IT sector’s dependency on skilled foreign scientists, engineers and entrepreneurs makes such restrictions antithetical to innovation and competitiveness. Meanwhile, the media industry is under continuous assault by the new administration for alleged bias and misinformation. At the same time the White House challenges traditional norms of transparency and accuracy that undermine the flow of critical government-sourced information available to the corporate sector.
Overall, rising protectionism, escalating attacks on established rules of global commerce, and threats of military confrontation are creating a combustible environment for transnational enterprise.
Uncertainty, the bane of all sectors of international business save financial speculators, intensifies with each passing day of the new administration.

U.S. transnationals have a choice. They may choose the path of accommodation hoping that the administration’s actions, despite its erratic early days, ultimately will align with their own interests. Alternatively, corporate leaders may be proactive, demonstrating to both the administration and their stakeholders—employees, consumers, suppliers, communities, investors—that dismantling or diluting the norms governing transnational commerce represent a severe setback—even an existential threat— to company prosperity.
Of course, global companies are a diverse group with equally diverse proclivities toward political engagement. Global oil and mining companies may view environmental deregulation as a plus, whereas insurance companies and electric car manufacturers see such deregulation as harmful. Notwithstanding these differences, however, a few issues that transcend sectoral differences point to the real possibility of a core, shared agenda for collective action.
First is the corporate response to the immigration ban portends a willingness to publicly confront the administration using mechanisms apart from the customary company lobbying, trade association actions and political donations. The idea of an issue- specific, joint action by business alone or in collaboration with civil society, has ample precedent. We Mean Business, an international imitative representing over 600 companies and investors, advocates aggressive climate action in the wake of the 2015 Paris Agreement. The U.S. Business Coalition for the Equality Act focused on LGBT rights comprises companies operating in 50 states with combined revenues of $1.9 trillion. These and many others offer models of mobilization that can amplify the voice of responsible business in the face of harmful executive orders and emerging legislative and regulatory actions.
Second is the threat to the voluminous economic and scientific information from federal sources that is indispensable to business decision-making. Recent White House actions to suppress climate change information, for example, signals an ominous disposition to censor knowledge that does not align with the administration’s ideology. Will political expediency also lead to restrictions or manipulation of federal employment, inflation, the consumer price index, housing, scientific and medical research that are, critical to sound business decision-making? The disregard for objective information warrants a unified corporate response. Apart from the specifics of the disinformation, a new norm of “alternative facts” resulting from intentional distortion already is having aa corrosive effect on public trust in all sources of information, including business itself.
Third, more nuanced but no less injurious to business interests, are the administration’s policies on social, economic and geopolitical systemic risks. Climate disruption, financial volatility, and social conflict and corruption that undermine the rule of law represent serious threats to global corporations. Such risks affect every aspect of business operations, from access to raw materials to transport of intermediate components to strengthening purchasing power among the poor. Global business cannot function under conditions of failed governments. Companies seeking to mitigate such systemic risks must be public in their opposition to destabilizing financial deregulation, indiscriminate import tariffs that disproportionately harm the poor, and opposition to livable wages, all positions associated with the Trump administration.
For global corporations, the chaotic, early days of the Trump administration is at once a threat and an opportunity. Impetuous executive orders and communications are sowing the seeds for disruption of prevailing norms and institutions. “America First“ rhetoric is no substitute for informed, fact-based policies based on an understanding of the complexities of global interdependencies in which business is


but one among many actors. Corporate leaders who fail to take a stand in the face of destabilizing, incoherent actions by the new administration do a disservice to their reputation, workers, communities and shareholders.
Those in high corporate positions must seize the moment to help reverse the current descent into raucous divisiveness within and outside the U.S. Principled statesmanship is short supply. Global companies by nature are global citizens, with a de facto fiduciary duty to protect not only their own interests but those of all those within their sphere of influence.