November 02, 2016
It seems this week will see seven candidates being interviewed for the position of Executive Secretary for the Convention on Biological Diversity. I had assumed the final decision for this would have been left to the new Secretary General. It seems that will nto be the case.

There are seven candidates to be interviewed this week by the Executive Director of UNEP Erik Solheim and he will make the recommendation to the UN Secretary General shortly afterwards.

Of the seven candidates two are woman:

Cristiana Pasca Palmer  is the Minister of Environment of Romania) 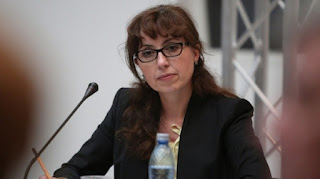 Previous to this from Nov 2011- 17 Nov 2015 she was Head of Unit – Climate Change, Environment, and Natural Resources / The European Commission, DG International Cooperation and Development (DEVCO) from 2005-2010 Henry R. Luce Research Fellow in International Environment and Resource Policy/ The Fletcher School of Law and Diplomacy, Tufts University, In 2000 she was Founder and President of Green Cross Romania (GCR) 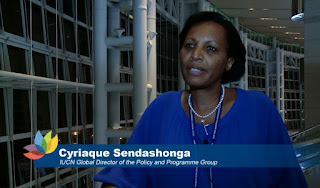 Cyriaque Sendashonga (Canada/Rwanda) is Global Director, IUCN Policy and Programme Group. She has previously worked at the United Nations Environment Programme (UNEP) in Nairobi where she was responsible for biodiversity and biotechnology issues in the framework of the programme to support the implementation of the Convention on Biological Diversity (CBD). In 1998, she moved to Montreal, Canada, to head the Biosafety Programme at the Secretariat of the CBD. In that capacity, she coordinated the final round of the negotiation of the Cartagena Protocol on Biosafety and its subsequent implementation. In 2006, Cyrie joined CIFOR (Center for International Forestry Research) as Regional Coordinator for the Central Africa Regional Office based in Yaounde, Cameroon.

John Scanlon (Australia)  is the Secretary General of  the Convention on International Trade in Endangered Species of Wild Fauna and Flora (CITES)  since May, 2010. He has been credited with beign an excellent leader of the convention leading a small but dedicated team.

His previous international appointments include the Principal Advisor to the Executive Director of UNEP (Nairobi, Kenya) and Team Leader, Strategic Implementation Team. Prior to that he was the Strategic Advisor, the World Commission on Dams (Cape Town, South Africa) and Head, IUCN Environmental Law Programme and Director, IUCN Environmental Law Centre (Bonn, Germany),
He has also been a legal advisor on projects in Botswana, Guyana, the Russian Federation, and Viet Nam. Before that he worked for teh Australia government as Chief Executive, Department of Environment, Heritage and Aboriginal Affairs. 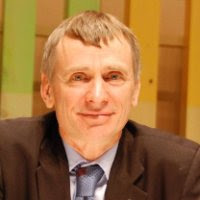 The internal Candidate is David Cooper (UK) is Deputy Executive Secretary, Convention on Biological Diversity. Previously in the Secretariat of the Convention he served as Director, Division for Science, Assessment and Monitoring and led work to promote the implementation of the Strategic Plan for Biodiversity 2011-2020 and national biodiversity strategies and action plans. He was Secretary of the successful tenth meeting of the CBD Conference of the Parties, Nagoya, Japan, October 2010, which adopted the Strategic Plan and its twenty Aichi Biodiversity Targets. He also led the development of the Convention’s Programme of Work on Agricultural Biodiversity and the Global Strategy for Plant Conservation.

Dr Cooper was a member of the Scientific Committee of DIVERSITAS, now part of FutureEarth. 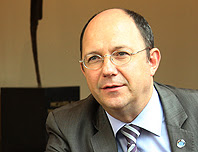 Thomas Gass (Switzerland)  was appointed by the Secretary-General as Assistant Secretary-General for Policy Coordination and Inter-Agency Affairs in UN DESA and he took office on 3 September 2013. He brings with him wide-ranging experience in bilateral and multilateral development cooperation. From 2009 to 2013, he served as Head of the Mission of Switzerland to Nepal (Ambassador and Country Director of the Swiss Agency for Development and Cooperation), where he established the Embassy of Switzerland in Nepal, and ensured the delivery of a development cooperation programme of up to 33 million dollars a year. He also chaired the Donors of the Nepal Peace Trust Fund, the main instrument for international support to Nepal’s peace process.

Before his posting to Nepal from 2004 to 2009, Mr. Gass was Head of the Economic and Development Section at the Permanent Mission of Switzerland to the UN in New York, where he represented Switzerland’s interests, in particular in the Economic and Social Council (ECOSOC), its subsidiary Commissions, the General Assembly and the Executive Boards of the major UN Funds and Programmes. During this time, Mr Gass was the Chair of the Donor Group of the UN Global Compact. 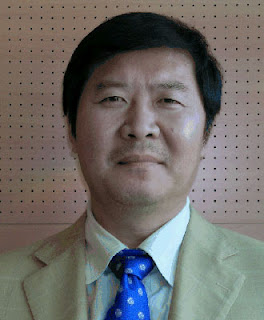 Jian Liu (China)is the Director of UNEP International Ecosystem Management Partnership (IEMP). Prior to this appointment, he served as the Chief of UNEP Climate Change Adaptation Unit and the Deputy Secretary of the Intergovernmental Panel on Climate Change (IPCC). His earlier posts include Deputy Director General of the Bureau of Resources and Environment, Chinese Academy of Sciences, Director of the Chinese Ecosystem Research Network (CERN), and Manager of Environment Program of the International Centre for Integrated Mountain Development (ICIMOD).

Hem Pande (India) presently working as the Secretary, Department of Consumer Affairs, Ministry of Consumer Affairs, Food & Public Distribution Government of India (GoI). Prior to present assignment, he worked as Special Secretary in MoEFCC and handled Biodiversity, Bio-safety, International Cooperation, Global Environment Facility and Animal Welfare issues.  As National Focal Point to Convention on Biological Diversity (CBD), Mr. Hem Pande inter-alia was Principal Coordinator to host the Eleventh Conference of Parties to the CBD in October, 2012 at Hyderabad, which was hailed as flawless and a benchmark COP.