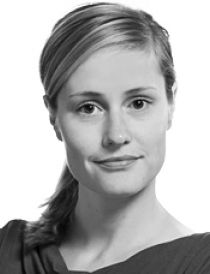 Guest blog by Franziska Schreiber: Franziska works at adelphi as a Project Manager in the field of urban transformation. In her work, she primarily focuses on international negotiations processes relevant to cities, and also works on aspects of urban governance, sustainable urban development, and the intersection of city planning and social cohesion. She is the author of various studies, policy papers and recommendations, and is developing diverse dialogue formats for current political processes. (originally published in devex)
Nearly 70 percent of the world’s population is projected to live in cities by 2050. Today, there is broad political consensus that cities will be critical to global transformation. This was not always the case. Through negotiations last year on the Sustainable Development Goals, urbanization gained political attention at the global level. This was in part thanks to the successful lobbying of numerous local actors for a stand-alone goal — SDG 11 on sustainable cities and human settlements.
Yet the urban dimension of the SDGs extends well beyond SDG 11. All SDGs — not only SDG 11 — contain targets that directly concern local governments, and require local action. According to a recent study by professor Philipp Misselwitz, about 65 percent of the 169 SDG targets can only be achieved through substantive involvement of local actors, including local governments.

While the urban dimension is well-anchored in Agenda 2030, it does not reflect cities as key executive actors. It also hardly provides any practical suggestion on how to implement the SDGs locally, and insufficiently defines the legal, financial and institutional frameworks that cities need.
Some local actors thus hoped the High Level Political Forum on Sustainable Development — the U.N.’s major body for follow-up and review of the 2030 Agenda — would devote more attention to localize the SDGs through providing a framework for cities to effectively implement the goals.Yet, except for one official session on cooperation between local and national governments, the entire discussion on “localizing the SDGs” took place in side events.
The HLPF also did not clearly refer to Habitat III, the major urbanization conference being held in October. This is a missed opportunity given that the New Urban Agenda — the expected outcome document of Habitat III — will define a 20-year vision for urbanization. The agenda can demonstrate how sustainable development and urbanization are interlinked.
Observers, negotiators and NGO representatives expected that the New Urban Agenda would fill the gap left by the 2030 Agenda and define clear guidelines and the conditions that enable cities to achieve the SDG targets locally.

However, the latest draft of the New Urban Agenda published at the end of July, following the third Preparatory Meeting or PrepCom3 in Surabaya, Indonesia, demonstrates that the agenda will not meet these expectations. While it does identify critical enabling conditions such as national urban policies, urban governance, integrated planning, and strengthened municipal finance systems, it does not provide an implementation plan for the urban-related SDGs.
In Surabaya, the negotiators also failed to agree on a final version of the New Urban Agenda. Another, informal round of negotiations is therefore scheduled to be held in New York in early September. But it is unsure whether this will further flesh out the links between the New Urban Agenda and the 2030 Agenda, and make the New Urban Agenda more action-oriented with a focus on the means of implementation. So far, both the HLPF and the New Urban Agenda have yet to pay sufficient attention in localizing the SDGs, including clarifying needs and the actors responsible.
Yet countries — and in particular cities — haven’t been waiting for global-level discussions to move forward, but have been launching initiatives ranging from awareness-raising, to advocating for the inclusion of the subnational perspective in national SDG strategies, to implementation and monitoring.
For example, the National Confederation of Municipalities of Brazil, in cooperation with the U.N. Development Program, has set up the ART Initiative to support municipalities in localizing the SDGs. The initiative helps municipalities integrate the SDGs into their local plans and build monitoring and accountability systems. Another excellent case is the Global Goals Municipal Campaign in the Netherlands, which seeks to engage stakeholders in implementing the SDGs. The campaign includes a “menu of inspiration,” aimed at stimulating creative ideas for municipal action.

“To truly localize the 2030 Agenda, more streamlined and genuine efforts will be needed at the global, national and local levels.”
— Franziska Schreiber, urbanization expert
Such initiatives are promising examples of SDG localization, yet many more of these efforts are required. This necessitates that localization and the role of cities in implementing the SDGs becomes a political priority at the global level. Only through a serious debate on the enabling environments that cities need, including their role in global urban governance, and the willingness of U.N. member states to create them, will it be possible to roll-out far-reaching initiatives to achieve the ambitious 2030 Agenda.
A few attempts to facilitate the exchange of experience globally and to provide guidance and tools for local SDG application have recently been launched. For instance, a global taskforce has developed an SDG localization road map, a tool based on good practice examples aimed at supporting local and regional governments in implementing and monitoring the SDGs. A few weeks ago, the Sustainable Development Solutions Network launched its SDG Cities Guide, a handbook offering general principles and processes for on-the-ground planning.
These initiatives demonstrate initial approaches to applying the SDGs locally. They are good and necessary. Yet we need much closer involvement and collaboration with cities in developing these tools. Only through dialogue and collaboration can we ensure that they really meet the needs of cities and lead to implementable approaches with tangible results. Issues such as cooperative governance, how to collect the right information and data, how to align local plans with the SDGs, and how to mobilize the necessary resources are particularly critical for cities and require hands-on discussion.
To truly localize the 2030 Agenda, more streamlined and genuine efforts will be needed at the global, national and local levels. At the global and national level, U.N. member states must fully understand and recognize the scope and urgency of the transformative change that is needed in cities. This requires a fundamental paradigm shift in terms of how we build and govern cities. Global urban governance should also be modernized by giving cities the right to participate and speak at international negotiations, and recognize them as equal partners in the SDG implementation process. Both the upcoming Habitat III conference and the next HLPF are crucial opportunities to create this much-needed political framework. At the local level, closer collaboration with cities is necessary to ensure that they sufficiently understand the SDGs and their local relevance, and take transformative action.
The “right” pathway towards sustainable urban transformation will thereby remain a “societal search process,” as the German Advisory Council on Global Change puts it. Trial and error will be part of this explorative process.
What do you want to see on the #NewUrbanAgenda? Over the next six months Habitat for Humanity, Cities Alliance and Devex will join forces to explore the future of our increasingly urbanized world in the run up to Habitat III in October. Spread the word, share your views below or tag @devex and #NewUrbanAgenda.
Franziska Schreiber Localise the SDGs SDgs