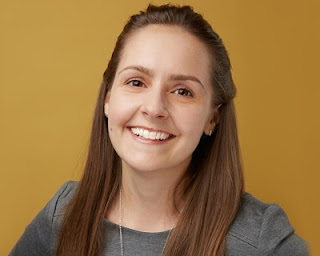 World leaders will gather in Quito, Ecuador this October to agree on an international framework for sustainable development at the Habitat III conference. The conference outcome document – the New Urban Agenda (NUA) – is expected to be a complementary framework that will drill into what it will take to achieve a number of the UN Sustainable Development Goals (SDGs) but particularly the goal to:
“make cities and human settlements inclusive, safe, resilient, and sustainable.”

Although the SDGs and NUA are agreements negotiated and adopted by national governments, it is regional and local authorities – governors, mayors, and leading officials – who will bear much of the burden of what gets laid out in these types of intergovernmental agreements. That’s because they work most closely with communities, so they know the needs of their residents and understand local contexts and challenges to equitable development. Thus, subnational governments are in the best position to ensure international agreements are “localized” to most effectively tackle inequality.
Historically, intergovernmental processes have not adequately recognized the role that subnational actors play. The tide has been turning in recent years, though unevenly. In preparation for the 1992 Rio Earth Summit, the International Council for Local Environmental Initiatives (ICLEI) was established. ICLEI is an international association of local governments that have made a commitment to sustainable development. The Summit’s outcome document, Agenda 21, emphasized the role of local authorities and spoke directly about localizing the agenda, which spawned over 6,000 “Local Agenda 21” action plans around the globe. It established local authorities as one of nine UN Major Groups of stakeholders that should be involved in the implementation of Agenda 21.

Yet in 2000, the Millennium Development Goals (the precursor to the SDGs) didn’t mention the role of local authorities at all. Then, in another swing of the pendulum, the 2002 World Summit on Sustainable Development (WSSD) was the first major UN conference to recognize that subnational governments have a critical role in implementing global agendas. In fact, the Network for Regional Governments for Sustainable Development was set up at WSSD to bring local authorities’ voices to global level discussions. Since then, local authorities have been featured prominently in intergovernmental agreements including the SDGs, the Paris Climate Agreement, and – we hope – in the New Urban Agenda.In preparation for Quito, strong global networks for collaboration, including United Cities & Local Governments (UCLG), the Global Task Force of Regional and Local Governments, the Commonwealth Local Government Forum (CLGF), ICLEI, and C40 Cities have become critical forums for engagement, ensuring that subnational governments share and learn from each other and elevate pressing local and regional issues into the global negotiations of the NUA. Many credit the ambitious goals of last year’s Paris Climate Agreement to the strong cadre of mayors who went to Paris and demanded a meaningful declaration on reducing global greenhouse gas emissions.

The question now is: Will there be a repeat of this passion and commitment in Quito?

UCLG Deputy Secretary General Emilia Sanz is hopeful, emphasizing during a recent conversation at Ford that “we expect our voices to be heard strongly [in Quito] and that there will be clear visibility of and daring statements by local authorities.” But what exactly those statements will be remains to be seen. National level representatives are currently negotiating the text of the New Urban Agenda. They just wrapped up three days of around-the-clock negotiations at a preparatory meeting in Surabaya, Indonesia, where they remained deadlocked on several issues, including the role of local governments. It has been one of the more contentious issues during the negotiations, with disagreements over how much authority they should have, how municipal finance systems should be structured, and so forth. This means additional days of negotiations before we head to Quito. Because we don’t have the final document yet, local authorities are not sure how their roles will be outlined. Thus, they must prepare to go to Quito ready to either champion a strong document or with supplemental plans and statements about how they will continue their work in spite of a weak document.

As for the United States, many of our mayors are champions of equitable development and inclusive urban growth. We are pleased to see this enthusiasm at both local and national levels. US Department of Housing & Urban Development Secretary and former mayor of San Antonio Julian Castro has served as an active chair of the US National Committee for Habitat III, bringing a background in subnational governance to the role. Advising mayors on how to implement the NUA at a recent conversation at Ford, Secretary Castro said,

“Be bold [and] embrace the issues that are going to help your city move forward in important ways, and then find common ground with folks out there in your community and implement policies that are truly going to make a difference…Mayors have a huge role to play.”

As it is in the SDGs and the Paris Agreement, the role of subnational and local authorities should be a robust component of the New Urban Agenda. Indeed, they will be among the most critical players in implementing what gets laid out in Quito.
ford foundation Jacqueline Burton