For decades, Archbishop Tutu has preached a message of unity through ubuntu – what affects one of us, affects us all. The Los Angeles show kicks off UNITY: The Desmond Tutu Legacy Project, a global effort spearheaded by the Archbishop, his daughter Mpho Tutu and the Desmond Tutu Peace Foundation to ensure his work for peace, justice, and equality continues for generations to come. Each concert will unify musicians, actors, artists, and activists who will lend their voices to raise awareness of Tutu’s life work and global impact. All artists are donating their time for this international cause. 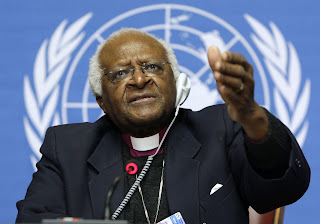 I am interviewing Jason Rothberg who is the lead producer for this and other events happening over the coming months to celebrate Archbishop Tutu and Astrella Celeste who is producing the t-shirts in support of the project.

Jason you have been involved with other charity events but how did you get involved with this project and what do you hope it will achieve?

Thanks to my friendship with you Felix, I was able to build a relationship with the UN, where I first connected with Archbishop Desmond Tutu.  We have remained in contact for over 10 years and he is someone I consider a mentor and friend.

What concerts have been secured and how do people buy tickets for them?

The first UNITY Mini-Big Show will be held on Archbishop Tutu’s 85th birthday, October 7, 2016. It will coincide with a series of events attended by the Archbishop in Cape Town, South Africa, including a concert and the 6th Annual Desmond Tutu International Peace Lecture. These events will mark the beginning of a year-long celebration of Archbishop Tutu’s life, culminating in October 2017, with an all-star grand finale event that will take place in Cape Town when numerous international artists come together for a birthday tribute concert and Legacy Award ceremony.
Each Mini-Big show is an intimate performance of notable artists designed to reach the largest audience possible worldwide. Each concert will take place in a theater as opposed to a stadium and will be live streamed in partnership with Facebook, with audio simulcasts on terrestrial radio in each market.

Tickets for the Los Angeles show go on sale at 10 a.m. on Saturday, Aug. 20, 2016 at ticketmaster.com. There was a fan pre-sale for American Express Card holders that began on Wednesday, Aug. 17, and will run through 10 p.m. on Friday, Aug. 19. Ticket prices range from $60 to $105. Twenty VIP tickets are available for $250 each, which include front row seats, a private meet and greet with the artists, access to the backstage reception (after the show), and a commemorative poster created and signed by artist Bob Masse.

In addition to the concerts what else is being planned?

Each Mini-Big concert will be filmed for inclusion in an exclusive retrospective documentary on Archbishop Tutu’s life story, produced by Sir Bob Geldof, which will trace the evolution of his extraordinary legacy. The documentary will feature rare archival footage and interviews with iconic personalities including Annie Lennox, Bono, Samuel L. Jackson, Peter Gabriel, Steve Tyler, Alfre Woodard, Sean Paul, Johnny Clegg, and others who have been inspired by his work. Quincy Jones will serve as Executive Producer of an all-star soundtrack to complement the film. 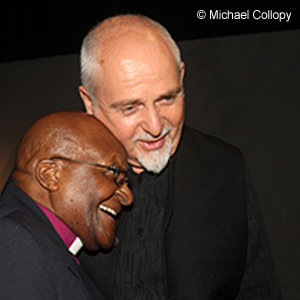 Astrella your career has been richly developed by working with other musicians in recording sessions, performances and/or home jams, amongst them David Gilmour, Brian Setzer, Donovan, Mark White, Happy Mondays, and Graham Nash, to name but a few.

You have just launched “MUSICAL T'S" clothing line that elevates timeless records and artists to a new venue altogether.  What are you planning for the project?

I am honored to have the opportunity to work with the Tutu family to create a collection of luxury tee shirts in hope of raising awareness for their amazing works.

I have chosen images that i feel represent Fathers legacy of powerful, positive change 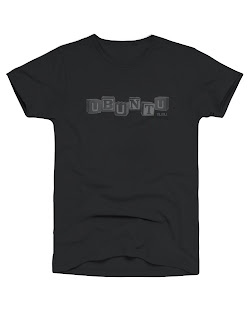 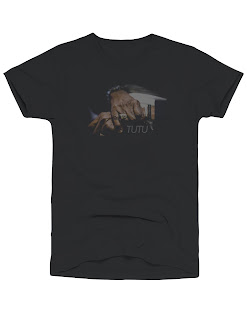