Guest Blog by Yuvan A. Beejadhur: You liked Oceans 11? Wait till you see Oceans 2030 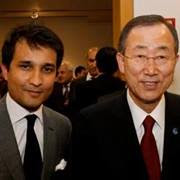 Yuvan A. Beejadhur focuses on the ocean economy in the Environment and Agriculture Global Practice. Prior to moving to DC, he worked as a Counsellor at the World Bank’s office to the UN. This blog originally was posted on the world bank group site here.  you can follow him on twitter too here.

The ocean is a powerful resource and the next economic frontier. WWF estimates that the ocean economy is the 7th largest economy, valued at US$ 24 trillion. With more than 6 million women directly employed in the fishery sector, and global job numbers set to grow to 43 million by 2030, the oceans are roaring. Yet, its natural capital has been systematically undervalued and overdrawn.  According to the Bank’s forthcoming Sunken Billions Revisited report, an estimated US$ 83 billion were foregone in 2012 because global fisheries were not managed at an optimum level. Similar sums could be recovered annually if meaningful reforms are adopted, and overfishing is significantly reduced. It is imperative that countries and citizens make informed decisions on resources, spatial planning and other important factors including the costs of marginalizing poor communities and the loss or degradation of critical habitats. 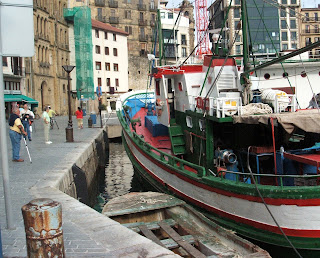 But oceans are often neglected in the development discourse. Obtaining the SDG 14 goal on oceans was a gargantuan, albeit noble effort. The Financing for Development architecture, the “Life below Water” goal and the Intended Nationally Determined Contributions (INDCs) made in Paris, urge us to capitalize on a new narrative: long-term financing of sustainable ocean economies in a climate change context.

Enter Oceans 2030
This is why the Bank is looking at oceans anew. People who saw our Oceans 2030 banner asked us if George Clooney or Julia Roberts were attending the 2016 Spring Meetings. While neither could make it, 20 Ministers of Finance and their representatives came to the first high-level ministerial dialogue, “Oceans 2030: Financing the Blue Economy for Sustainable Development”.

With a cast including Bank VP Laura Tuck and Ségolène Royal, France’s Minister of Environment, Energy and the Sea (and COP-21 President), countries tackled complex questions about the ‘Blue Economy’. What’s stopping us from maximizing returns in jobs and GDP from a thriving blue economy with growing natural resource assets? How can we reduce uncertainty and produce sustainable, investable projects? Whether it is Seychelles’s blue bonds, USA on eco-tourism, the ‘Gabon Bleu’ or Colombia’s actions to address the inequality in coastal populations, countries are starting to see the merits of a balanced approach for harnessing the potential and wealth of oceans. They’re looking for ideas, finance, and knowledge to grow sectors like aquaculture, marine tourism especially cruises, marine biotechnology and cancer research.

A Blue Economy Development Framework
Consider the following facts. Half the world lives within 60 km of the ocean and 60% of economic activity happens at the coast! Should we not reposition the ‘oceans’ as everyone’s business – from fishermen, researchers and hotels to shipping, diplomats and economists? Everyone needs to better understand oceans, its resource base and valuation so we can translate these into real bankable projects and opportunities. With shifting geopolitical tectonics, an increase in trade and demand for food, growing and aging populations exerting greater pressure and now disruptions related to climate change, we need stronger action, coordination and a framework - much like a script for a good Hollywood movie. The Oceans 2030 event precisely built a shared theory of success: a Blue Economy Development Framework (BEDF). The BEDF will aim to provide the capital, convening services and technical assistance needed to grow the blue economy sustainably. Oceans can also be part of the solution for complex problems at the nexus of development, humanitarian concerns and security. Most refugees to Europe—like Ahyan Kurdi, the baby who tragically lost his life during the attempted crossing to Greece - travel by sea. That’s in addition to climate refugees and maritime piracy.

Earth Day is really Oceans Day. Some countries are ‘large ocean states’ with Exclusive Economic Zones  larger than land. Whether you call it the blue, ocean or marine economy, the message is clear. The ocean economy is growing big and fast. Based on our ongoing analysis of Mauritius’ blue economy as well as experiences in other countries, more and more economic activity is coming out of the sea including shipping, ports and logistics, tourism, aquaculture, renewable energy and Deep Sea Bed Mining (this area is not supported by the Bank). Natural resources are over-stretched in some places. 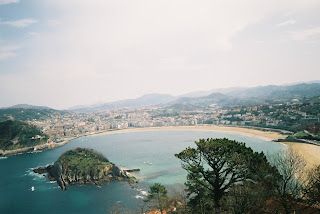 Paris-Mauritius-Marrakesh Ocean Action Agenda
Paris-Dakar is the premier motorcycle race. On land. Now imagine a Paris-Mauritius-Marrakesh race. Where would you do it? Supported by the COP Presidencies, Mauritius and the Bank, we will help countries position oceans and climate in the lead up to COP-22 in Marrakesh, the G-20, the Fiji UN Conference on SDG 14, and beyond. We will support action on climate resilient and low carbon ocean economies, in line with plans such as the Bank’s Africa Climate Business Plan.

Oceans 2030 will be an era of sustainability, effective governance and prosperity. It could be a bigger blockbuster than Oceans 11, and win recognition for leaders who act responsibly and demonstrate stewardship on oceans. Let’s reconnect with the intrinsic value of the sea. If we can manage the oceans in a sustainable, climate-intelligent way, we could manage the biggest, most complex of public goods. The race of the SDGs to Oceans 2030 has begun and now is the time to be on the right side of history. The world is watching Oceans 2030.
Fisheries global goals Intended Nationally Determined Contributions (INDCs) Oceans 2030 SDG14