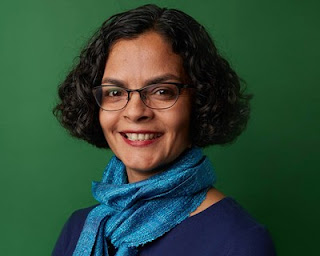 “The post was originally published on the Ford Foundation’s Equals Change blog."

There is good reason for this: Almost every day brings news of reckless, self-righteous attacks on Planned Parenthood and other reproductive health providers, and on the women from all walks of life who seek these services. But as important as it is to protect abortion rights (especially as they are increasingly under attack), it’s equally important to understand that this debate is about much more than abortion. In fact, it is a proxy for a whole range of issues tied to women’s self-determination and status, in both public and private.

That’s why now as much as ever, we need to put the fight for reproductive justice at the center of broader efforts to challenge inequality. Today Roe v. Wade is the law of the land, and yet its provisions are essentially meaningless to many women. By centering on the lives and experiences of poor women, women of color, and young women in particular, reproductive justice helps explain why that is and what we can do about it.

As women of color have long voiced, reproductive justice goes beyond the right to abortion and contraception. While both are very important, they are just some of many things that women need in order to make decisions about their health and their lives—including the right to have a child, not have a child, and parent the child she has in a safe, supportive environment.

By examining these issues through a reproductive justice lens, a more complete picture starts to emerge—one grounded in the understanding that:

Women’s lives matter—whether they are pregnant, a parent, or without children.

In too many cases, the complexity of a woman’s life is used as a reason to restrict her actions and punish her perceived missteps, sometimes criminally. When a pregnant woman is not treated with respect and dignity, as a full person, it is easy to see her poverty, immigration status, discriminatory treatment (based on factors including race, sexuality, or HIV status), lack of access to health care, and physical and/or mental health issues (including addiction and trauma) not as obstacles to her own wellbeing, but as reasons to condemn her for “endangering” her fetus.

It should ultimately be up to women to decide what health services to access.

High quality, effective health care means providing women with a range of services to meet their diverse needs, not picking and choosing the ones that are least controversial—or that others believe are best for them. This means, for example, not being subjected to politically driven misinformation about abortion, and not being pressured to use any particular form of contraception or undergo an unnecessary C-section. It means being able to access prenatal care and drug treatment services without fear of arrest, and having access to comprehensive health services, such as could be available with Medicaid expansion and implementation of the Affordable Care Act.

If there are significant barriers to access, the right to abortion is incomplete.

Abortion may be legal, but since federal funds are highly restricted in paying for abortion services, the procedure is unaffordable and out of reach for many women who rely on Medicaid, Indian Health Services, and other public health care programs. Access is also burdensome for women who must devote time and resources to travel to a far away clinic (at a time when clinics are being unduly shuttered, and many areas lack a nearby provider), take time off from work to do so (which, for women in low-wage jobs, is often unpaid) and find care for dependents in their absence.

These are just some of the issues reproductive justice advocates are raising. Groups like SisterSong and the National Latina Institute for Reproductive Health, in partnership with the Center for Reproductive Rights, are calling attention to the ways race and gender discrimination and inadequate healthcare are harming women, including those who dearly want to bring their pregnancies to term. These organizations and others, including National Advocates for Pregnant Women, National Asian Pacific American Women’s Forum, and California Latinas for Reproductive Justice are challenging  the ways pregnant poor women, women of color, immigrant women, and young women are depicted alternately as selfish and irresponsible, as naïve victims, and as perpetrators of violence against their own communities—showing instead that they are people worthy of dignity and respect who can thrive if supported to do so.

The Native American Women’s Health Education Resource Center is combatting the impunity behind shameful levels of sexual assault against Native American women, while also fighting for access to compassionate, quality services for survivors, including emergency contraception and abortion. Efforts by Raising Women’s Voices for the Health Care We Need, the National Health Law Program and many others—including organizations led by women of color—are working tirelessly to ensure that women have access to comprehensive health care, including abortion and maternity care.

By lifting their own voices and telling their own stories, many of these women are pushing back against such simplistic representations and pursuing their own agendas.  Groups like Advocates for Youth, the Yo Soy campaign, and Forward Together's Echoing Ida are supporting a range of diverse voices to challenge stereotypes and combat the stigma and shame that so often surrounds decision-making about sexuality and reproductive health. And of course, these are just some of the many organizations on the front lines of reproductive justice.

Women of color have also filed historic amicus briefs in the Supreme Court case challenging Texas anti-abortion laws, highlighting the stories of black, Latina, and immigrant women who have felt the brunt of state policies resulting in mass closures of women’s health clinics.

So, as we commemorate Roe v. Wade, let us remember that while the most visible part of this fight for women’s dignity and self-determination has been focused on abortion, that issue is inextricably linked to discrimination and inequality. It is only by tackling those larger issues in all of their forms—and supporting the leadership of those who are most affected by intersecting oppressions—that we can make meaningful progress for the lives of all women.