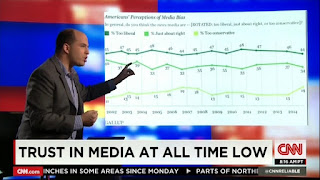 CNN under the heading "Foundation founder's guilty plea: I helped fund U.N. official's extravagant life." and the subsequent poor reporting by THREE so called CNN journalists  said "Shiwei Yan has admitted in court of bribing a U.N. colleague and funding his lifestyle full of Rolexes, BMWs, tailored suits and even an in-home basketball court."

As i reported in my blog in October the evidences presented is wrong, it isn’t UN or UN staff or even those who were members of staff of the office of the former president of the GA, who are, at the moment, being accused of anything. It is a representative of a member state of the UN. This is totally different from the organization being involved in any kind of wrongdoing. It should be reported accordingly.

John Ashe was President of the UN General Assembly.

For those readers who do not know – this includes the media (in particular CNN) – the President of the UN General Assembly is NOT a UN staff person.And the composition of the UNPGA office is also mostly composed of Member States representatives not UN staff.

“Compensation of the President of the General Assembly is determined by the home Member State, which pays the President a salary. This salary is in addition to the privileges of all persons acting in service of the UN or its member states.” (www.unelections.org )

He is NOT answerable to the UN Secretary General but as Rule 36 states “the President, in the exercise of his functions remains under the authority of the General Assembly.” (UN rules of procedure)

It is the responsibility of the media (CNN please note) to report accurately what the state of affairs is. What would be more accurate to say is that an Ambassador at the UN, appointed by his country and later elected by his peers, and answerable to the 193 member states to the UN, while undertaking his work as President of the UN General Assembly is being compensated by his country for this work is accused of bribery. Of course, this is not as dramatic.

Is it surprising that trust in the media is at an all time low. For the CNN journalists who wrote the article perhaps its time for a refresher at a good journalist school.