Today, December the 12th 2015 is the 100th anniversary of Frank Sinatra

There are stars and then there are legends and in the 20th century Sinatra is one of those whose music will continue to be appreciated throughout the 21st century as other stars fade away.

I had the pleasure of hearing Frank Sinatra Jn in concert a few weeks ago as he came to Durham to celebrate the life of Frank's second wife North Carolina born Ava Gardner. 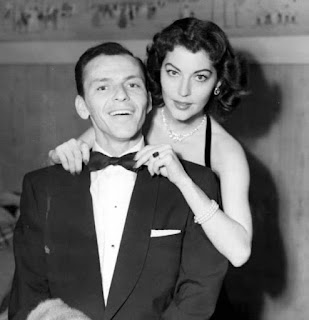 His story is one worth reading and if you have a space on your Christmas list then i recommend Rat Pack Confidential as a book that tells all the story of Sinatra the good the bad and the ugly. 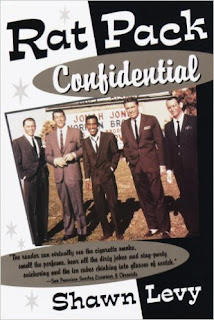 But lets now celebrate the mans music and what a contribution that was. At the end of this blog i have a link to many of the classics on YouTube. For me there are many on my ipad as i travel to listen to -  he made classics out of songs that had been around for years and set the standard that others would be judged as they sang them. If you have a moment today find your favorite Sinatra song and listen to it and toast the 'chairman'.

Quotes from Frank Sinatra
"We’ve got a hell of a long way to go in this racial situation. As long as most white men think of a Negro first and a man second, we’re in trouble. I don’t know why we can’t grow up.”

“A friend to me has no race, no class and belongs to no minority. My friendships are formed out of affection, mutual respect and a feeling of having something in common. These are eternal values that cannot be classified.”

"If you don't know the guy on the other side of the world, love him anyway because he's just like you. He has the same dreams, the same hopes and fears. It's one world, pal. We're all neighbors."

"I would like to be remembered as a man who had a wonderful time living life, a man who had good friends, fine family - and I don't think I could ask for anything more than that, actually."

"There are things about organized religion which I resent. Christ is revered as the Prince of Peace, but more blood has been shed in His name than any other figure in history. You show me one step forward in the name of religion and I'll show you a hundred retrogressions. Remember, they were men of God who destroyed the educational treasures at Alexandria, who perpetrated the Inquisition in Spain, who burned the witches at Salem. Over 25,000 organized religions flourish on this planet, but the followers of each think all the others are miserably misguided and probably evil as well."

"I'm not unmindful of man's seeming need for faith; I'm for anything that gets you through the night, be it prayer, tranquilizers, or a bottle of Jack Daniel's. But to me religion is a deeply personal thing in which man and God go it alone together, without the witch doctor in the middle."

"Alcohol may be man's worst enemy, but the bible says love your enemy."

"And now the end is near.
And so I face the final curtain,I’ll state my case of which I’m certain.
I’ve lived a life that’s full, I traveled each and ev’ry highway,
And more, much more than this. I did it my way.".