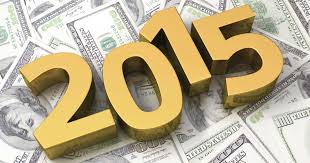 Over the last four years around the SDGs there have been many things that have concerned me most resolved themselves over time...often longer than i had hoped. One of the core concerns I had over the whole time was the issue of financing the implementation of the goals and targets.

I have written of my disappointment - perhaps that is the nicest way to express my feeling on the lost opportunities of  Financing for Development. I did have a talk with DFID in 2013 suggesting that they and other funders needed to ensure that in their 2015 budgeting for 2016 they created flexibility to ensure funds would be available for immediate work on the SDGs.

I was told not to worry about these kinds of things of course the donor community would be doing this. I will be I am sure returning to this issue next year as we see whether this is true.

What I wanted to address in this blog is what is the UN doing to prepare to spend additional funding on the SDGs next year. Lets go back to the recently agreed Transforming Our World Declaration that Heads of State endorsed in September. The important paragraph is 46:


"We underline the important role and comparative advantage of an adequately resourced, relevant, coherent, efficient and effective UN system in supporting the achievement of the SDGs and sustainable development. While stressing the importance of strengthened national ownership and leadership at country level, we express our support for the ongoing ECOSOC Dialogue on the longer-term positioning of the United Nations development system in the context of this Agenda."

So the question is what budget has Committee 5 of the UN General Assembly been looking at as far as what the UN has put forward for 'adequately resourced'.

One would imagine that this would have produced an increased budget for the 'increased' work that will be undertaken at all levels of the UN to play their role in implementing the 'transformational agenda'. This year would be one of the few years that member states would understand that the UN needed additional resources.

So what I do not understand is why the Secretary General did not include to as far as I can see any allocation for the Addis Ababa Action Plan or the 2030 agenda.

I and I am sure I speak for many many people when I say that we support the effort of G77 in their request for revised estimates that include the additional work that will need to be undertaken by the UN on the two agendas.

In addition to the lack of budget for next year for the two agendas it seems that ALL of the money that was allocated for sustainable development for the regional commissions has been cut.

If it turns out that the reason for this is that developed countries do not want an increased budget then I think the time is now to remind those officials that their Heads of State agreed to this agenda with a role for the UN system that needs 'adequate resources'.

If you are from a developed country can i suggest you raise this with your Ambassador, your development Minister and your Head of State.  I would like to see parliaments also take this up in questions to the relevant Ministers. Are they aware of what is happening? 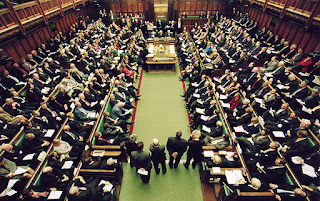 We have about a month to turn this round.

I hope I am wrong on this because it would undermine the work of everybody over the last 4 years to agree this agenda then to find that developed countries were not serious in seeing it implemented.