Summer book reads from some of my friends 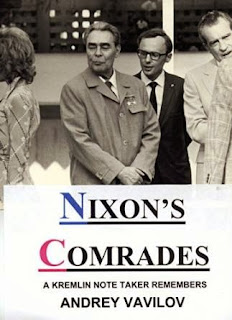 I reviewed Nixon's Comrades: A Kremlin Note Taker Remembers earlier in the year a great book by Andrey Vavilov who was the Russian governments Deputy Ambassador to UNEP and Habitat as well as an 'enb'er. In the book Andrey looks back on his unique experience at the side of Leonid Brezhnev and Richard Nixon, Cold War rivals who became architects of détente. He offers a private tour of super power summit conferences of the 1970s, where he took notes and interpreted for Soviet leaders in their secret discussions with Richard Nixon and Henry Kissinger, and later with Gerald Ford and Jimmy Carter.

“Nixon’s Comrades” draws mainly on the author’s notes, recollections and private sources. It is a personal view of the gravitational attraction of Nixon’s Imperial Presidency and Brezhnev’s One-Party State. 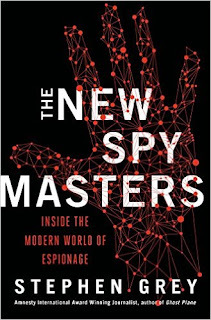 Ive know Stephen Grey from when he was 16 and writing the green speeches for David Alton MP then the Liberal Parties Chief Whip. We applied for political asylum at the Swedish Embassy over the damage the UK was doing through Acid Rain to their forests. Stephen has become one of the most respected war journalists and was the one who found  the 'Ghost Plane: The True Story of the CIA Rendition and Torture Program'.

His new book 'The New Spy Master: Inside the modern world of espinarge' takes us from the CIA's Cold War legends, to the agents who betrayed the IRA, through to the spooks inside Al-Qaeda and ISIS. Techniques and technologies have evolved, but the old motivations for betrayal-patriotism, greed, revenge, compromise-endure. Based on years of research and interviews with hundreds of secret sources, Stephen Grey's The New Spymasters is an up-to-date exposé that shows how spycraft's human factor is once again being used to combat the world's deadliest enemies 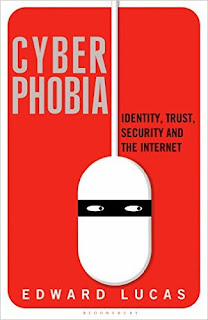 Edward Lucus was involved with the youth wing of the Liberal Party as the same time as me. Always interested in international politics he has become a senior editor at The Economist, the world’s foremost newsweekly. His expertise includes energy, cyber-security, espionage, Russian foreign and security policy and the politics and economics of Eastern Europe. Cyberphobia lay bare the dangers of the internet, it also explores the most successful defensive cyber-strategies, options for tracking down transgressors and argues that we are moving into a post-digital age where once again face-to-face communication will be the only interaction that really matters. 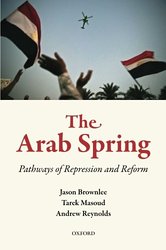 Andrew Reynolds was one of the political vice chairs of the Young Liberals when I was chair and has gone on to advise governments and write a number of books on electoral reform,

In the Arab Spring: Pathways of Repression and Reform Brownlee, Masoud, and Reynolds find that the success of domestic uprisings depended on the absence of a hereditary executive and a dearth of oil rents. Structural factors also cast a shadow over the transition process. Even when opposition forces toppled dictators, prior levels of socioeconomic development and state strength shaped whether nascent democracy, resurgent authoritarianism, or unbridled civil war would follow. 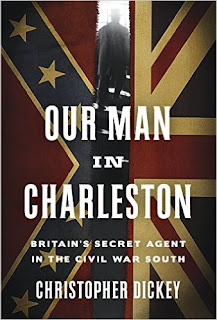 Christopher Dickey is the Paris-based foreign editor of The Daily Beast. He has an interesting new book our 'Our Man in Charleston: Britain's Secret Agent in the Civil War South'.Between the Confederacy and recognition by Great Britain stood one unlikely Englishman who hated the slave trade. His actions helped determine the fate of a nation.

When Robert Bunch arrived in Charleston to take up the post of British consul in 1853, he was young and full of ambition, but even he couldn’t have imagined the incredible role he would play in the history-making events to unfold. In an age when diplomats often were spies, Bunch’s job included sending intelligence back to the British government in London. Yet as the United States threatened to erupt into Civil War, Bunch found himself plunged into a double life, settling into an amiable routine with his slavery-loving neighbors on the one hand, while working furiously to thwart their plans to achieve a new Confederacy.

Finally is Governance for Sustainable Development: Ideas for the Post 2015 Agenda the one I edited with  Hoonmin Lim, Sara Luna, Oana Rebedea, David Banisar and Quinn McKew.

"the present publication to be a useful input for the ongoing discussions about the institutional architecture for the Post-2015 Agenda. Our generation has now the opportunity to redefine the future and bring real, significant, transformative and universal change for and with the people, leaving no one behind. However, sustainable development will only become a reality if we have the enabling environment for it to happen. Thus, good governance will be pivotal for implementing, reviewing and improving the Post-2015 Development Agenda. We expect that this publication contributes to the colossal, but encouraging, challenges we will be facing during the next 15 years."

Later in the year will be: 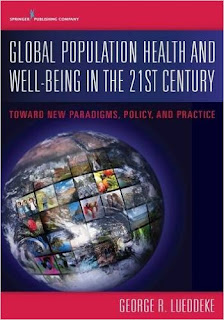 George Lueddeke's book  'Global Population Health and Well-Being in  the 21st Century:Toward  New Paradigms, Policy and Practice isn't out yet but you can put a pre-order in.

Drawing on current research, the expertise of health professionals in 50 countries, and emerging trends in both public and clinical health, this graduate-level textbook delivers an evidence-based examination of global health challenges in population health and wellbeing. It emphasizes innovative and transformative approaches to public health practice, curricula, and leadership and is framed by the “fifth wave” of public health, a biopsychosocial model of health and social care. The text builds on the findings of the seminal Lancet commission report, “Health professions for a new century: transforming education to strengthen health systems in an interdependent world,” and is grounded in the recognition of the complex interdependence of natural, socio-economic, and political systems at local, national, regional, and global levels.
Andrew Reynolds andrey vavilov Christopher Dickey David Banisar and Quinn McKew Edward Lucus felix dodds George Lueddeke Hoonmin Lim Oana Rebedea Sara Luna Stephen Grey