(A parody of Life of Brain‘s “What have the Romans ever done for us?”)

Imagine a group of Tea Party activists sitting in a bar.

Dylan
The UN they are everywhere

Jacob
I think I saw a black helicopter the other day

Dylan
Yes……..and have you seen those black drones too ----

Jacob
The UN has black drones?

Dylan
All right, Jacob. Don't labour the point. And what have the UN ever given us?

Masked Activist:
Then they set safety standards for sea and air travel.  You remember how bad it was before the International Civil Aviation Organization (ICAO) contributed to making air travel the safest mode of transportation

Jacob
Oh yes... that was very good, Dylan you remember what the accidents used to be like.

Dylan
All right, I'll grant you that human rights and safe traveling are two things that the UN have done...

Noah
And being able to post mail abroad because of the Universal Postal Union (UPU)  which has maintained and regulated international mail delivery.  And The International Telecommunications Union (ITU) which has coordinated use of the radio spectrum, promoted cooperation in assigning positions for stationary satellites, and established international standards for communications, ensuring the undeterred flow of information around the globe.

Dylan
(sharply) Well yes obviously the mail and radio and satellites and telephone calls... go without saying. But apart from the human rights, mail, radio, satellites and being able to travel safely abroad

Another Masked Activist:
The stopped the hole in the ozone layer ... The UN Environment Programme (UNEP) and the World Meteorological Organization (WMO) highlighted the damage caused to the earth's ozone layer. As a result the UN facilitated governments  through the Montreal Protocol, to stop chemical emissions of substances that have caused the depletion of the ozone layer.  Dylan that was good it spared millions of people from the increased risk of contracting cancer due to additional exposure to ultraviolet radiation.

Other Masked Voices:
Also they helped to eradicate of smallpox…that was not a nice thing to get and then ebola…..that was thanks to the  UNs World Health Organization

Masked Activist at Back:
And their work on sanitation……. 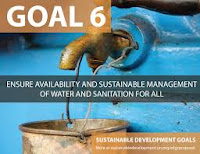 David
Yes, they certainly know how to address health issues... (general nodding)... let's face it, they're the only ones who could do that in a place like this.
(more general murmurs of agreement)

Jacob
What about the peacekeeping…. Since 1945, the United Nations has been credited with negotiating over 180 peaceful settlements that have ended regional conflicts.

Ian
and what about improving education in developing countries - as a direct result of the efforts of UN agencies, over 84 per cent of adults in the world can now read and write, and 90 per cent of children in these countries attend school.

Dylan
All right... all right... but apart from better sanitation and medicine and education and irrigation and public health and travel safety, satellites, mail, infrastructure and a freshwater system and human rights and environment .. what have the UN done for us?

Ian
Brought peace! Maintaining peace and security – The UN has deployed over 50 peace-keeping forces and observer missions and has been able to restore calm to allow the negotiating process to go forward while saving millions of people from becoming casualties of conflicts. The United Nations has used quiet diplomacy to avert imminent wars.

Dylan
(very angry, he's not having a good meeting at all)