Thoughts for a Friday morning

June 27, 2014
Football
I am living in the USA during the World Cup and seeing  more and more people here starting to watch, learn the rules and enjoy the game. My local cafe has the matches on the tv and the locals talk about it - often needing a little information...from their resident Brit. The viewing figures are going up but are still only a quarter of US football and with new teams coming in Miami( Beckham) and New York (reformed New York Cosmos) it will only grow. I support my local team the Carolina Railhawks which plays in one of the lower divisions and its great to see how they have started building the support base based on families coming to the game. Over the years I have had season tickets with Derby County and Watford - followed and watched Arsenal, Notts County and Brentford and more recently Accrington Stanley. Its nice to have a local team here in the US to support where i can be at the pool at 615 and then decide to go to the watch and be there for a 7pm kick off. 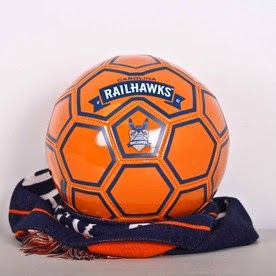 Dr Who greatest love scene
For those who read my blog regularly they will know i am a Whovian - A massive fan of Dr Who. Just recently my 2014 Xmas card was finished by the UK Marvel artist John Charles  and will be sent out sometime early November with me as 'the next Doctor'. Which brings me to the point of this bit of the blog. SFX had a poll of the greatest sf moments and number 1 was The Doctor and Rose saying goodbye. When Dr Who was rebooted with Christopher Eccleston as the new doctor and Billie Piper (the singer) as his assistant we all marveled at the romance that started to be inferred as the series moved on...after all the doctor was over 900 years old...Byt it was with David Tennant  that the magic between they came to the front and then Rose was stuck in a parallel universe with no chance ever to be with her Doctor again....a very powerful love story. As David Tennant says:

"It all came together so perfectly in this scene that people still talk to me about it with misty eyes all these years later - and I suspect they always will.
Whatever else I do and wherever else I end up, this will be a moment I will be forever proud to look back on.: 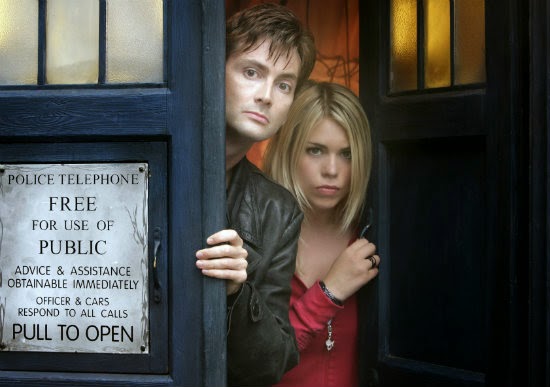 and by the way the second most popular scene by SFX was from The Avengers Assembly when the Hulk beats Loki!!!

PS Billie is to be in a new play, called Great Britain, which will deal with MPs expenses, phone hacking and the interaction between the press, police and politicians .....sound familiar....but the producers insist the character is NOT based on Rebekah Brooks.

Elizabeth Dowdeswell
I heard today that Liz Dowdeswell former Executive Director of UNEP has been appointed to be the Ontario's new lieutenant-governor.

Ontario Premier Kathleen Wynne released a statement welcoming the new lieutenant-governor.
“Elizabeth Dowdeswell’s remarkable career and accomplishments make her eminently worthy of this honour,” Wynne wrote. “Dowdeswell has contributed extensively to public and environmental policy. She has impressive experience on the national and international stage. Among her numerous executive leadership roles, she was the executive director of the United Nations Environment Program, the first woman to hold that position.”
Having had the pleasure of working with Liz I think she will be an amazing Lieutenant-governor. Liz spoke at the launch event for Stakeholder Forum in 1993 after I had taken over as Executive Director. We all had such optimism  15 months after the Rio Summit that we were on the way to delivering Agenda 21 and the two conventions. Over 20 years later we realize how hard the journey is going to be and as we see the development of the Sustainable Development Goals I hope that this generation will take those and ensure that they are enacted - something the Rio generation only achieved in part,
.