Reflections on the Way Forward from the SDG OWG 10

If you are hooked on intergovernmental meetings and coffee then SDG OWG 10 was a fascinating place to be this last week. This was the first time for governments and stakeholders to indicate what they wanted to retain and what they wanted out of the focus areas and their sub potential target areas.

Star of the week has to go to Farrukh Khan from Pakistan who came very prepared for the meeting with language for the targets, timescales and % as well as goal areas they sit under.
From Earth Negotiations Bulletin

Most disappointing were most of the European Union members who came with just broad goal and target comments. The co-chairs showed enormous patience with some of the Member States’ “blah blah,” and continually reiterated that the stocktaking phase is over.

Farrukh also has to again be complemented for bringing up Common but Differentiated Responsibilities (CBDR) in much earlier meetings; now of course the rest of the governments caught up both for and against.

Many developed countries argued it wasn’t relevant to the broad discussions on the SDG framework and especially not to all goal areas, claiming it only relates to environmental degradation.  I am not sure why they think that as Rio+20 reaffirmed the Rio Declaration which states:

“In view of the different contributions to global environmental degradation, States have common but differentiated responsibilities (CBDR). The developed countries acknowledge the responsibility that they bear in the international pursuit of sustainable development in view of the pressures their societies place on the global environment and of the technologies and financial resources they command.”

One argument was that CBDR applies to more legally binding agreements such as the Framework Convention on Climate Change. It is true that the UNFCCC does commit parties to CBDR it says they:

“should act to protect the climate system “on the basis of equality and in accordance with their common but differentiated responsibilities and respective capabilities.”

But it is the Rio Declaration that predates the Convention and was part of the discourse for the UN Commission on Sustainable Development - although it applied to a different time its basic pitch is still right now. How that is interpreted in 2014 and 2015 and who it applies to will be different than it was in 1992.

This SDG OWG was the last one for champion of the SDGs Paula Caballero Gomez Director for Economic, Social and Environmental Affairs in the Foreign Ministry of Colombia. It was her vision that put SDGs on the agenda for Rio+20 the first time at the meeting in Solo Indonesia in July 2011, and it was her who virtually single handedly at the beginning pushed a reluctant set of negotiators AND a very reluctant set of development Ministries in donor governments to accept the SDGs as the new development framework post 2015.  Her passion and conviction of its centrality in this transformative agenda was certainly contagious and proved able to galvanize other stakeholders. 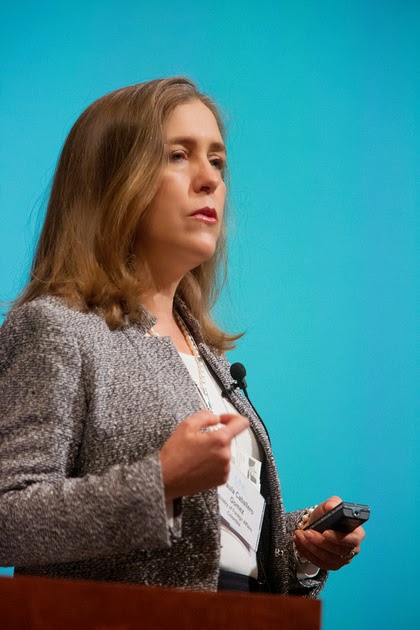 The NGOs attending the 2011 Bonn DPI NGO Conference backed her and put on the table a set of suggestions for these goals. Meanwhile even in the NGO world we had problems with the big development NGOs and their activity or behind the scene tried to stop the SDGs and retain a MDG focus. It was if they did not see the impacts we are having on our planet and could only conceptually see poverty eradication as the 'only overarching' need for the world. Paula is moving to the World Bank and the deliberations on the new development framework will be poorer for it over the next 18 months.

It was great to see the idea of a goal on Sustainable Cities and Human Settlement now has broad support and there were some great suggestions on the targets. Clearly there is still work to be done on the balance between rural and urban but that should be clearer very soon with some work being undertaken by the Communitas Coalition.

So what is going to happen now and what kind of report will come out of this process? It was clear that there were different ideas on this and the challenge for the co-chairs will be to guide with the confidence of governments as they delve more and more into the actual goals and targets. The 19 focus areas will have to shrink to 10-12 areas; some will be clustered while others will be mainstreamed. Overall I could imagine 10 goals between 50-70 targets which would include perhaps 2 interlinkage targets per goal and between 100-150 indicators, the latter being worked out by UN Statistical Division with the help of the UN Family and experts.

The co-chairs explained how they were going to take forward the programme of work in the remaining SDG OWGs. For the 18th of April a revised document will be produced and the 5-9th of May will be based on the revised focus area document. The June 16-20 SDG OWG session will be a consultation on SDGs and targets and will produce refined SDGs and targets and the final meeting July 14-18th will look to have an agreement and adoption of the report on SDGs and targets.

As the SDG OWG will finish in July what will the report look like? My best guess is it will be something like this:

A section indicating where there is full support, a second section identifying work still to be done where there are divergent views and a third section where there is no agreement. This report, though a consensus document, will not be able to resolve all the divergent views. It will then be handed with the President of the UN General Assembly’s outcome from his events and the finance committees to the Stocktaking event on the 25th of September where Heads of State will have the chance to put their views forward. The Secretary General will then produce his synthesis report for probably late November. It is this document that will then form the basis of the negotiations in January to September 2015.

Meanwhile the Ambassadors for PNG and Denmark are taking views on what the preparatory process should be for next year. I would strongly suggest that they

There have been some developed countries who argue this is too difficult. They might want to look at both the South African 2002 Non Paper and Agenda 21 both of which seemed to be able to do it.

These are my thoughts after the April SDG OWG 10 which I hope you find useful.