Republished from Future Earth: When worlds collide: the food, energy and water nexus 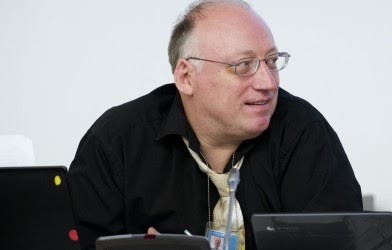 When worlds collide: the food, energy and water nexus
Feb 2014
21
by Jon Turney

We will not solve the food security challenge unless we solve the water and energy challenges. This may be the puzzle to end all puzzles. But there’s a plan.

“Everything is connected to everything else”. So went one of the “laws” of ecology framed by Barry Commoner in 1971. It’s an easy idea to sign up to, a hard one to actually work with. Academics have to specialise to get on. Policy-makers find it easier to focus on one problem at a time. Government departments and pressure groups have to define their jobs in ways that allow them to get things done.

But the world just goes on being connected. Now, climate change threatens food security by jeopardizing water supplies, fracking for oil and gas competes for water, droughts lead to power station shutdowns for lack of cooling, or crops for biofuels alter land use, and perhaps the connections get more visible.

Even so, according to Felix Dodds, a veteran observer of international environmental policy, “we’ve been dealing with the interlinkages for fifteen years, but ineffectively”. That began to change, he hopes, when the German government hosted a 2011 conference on the “Nexus”, a handy new label for the fact that water, energy, and food are bound together – as the conference report put it, “ each is not only connected to, but is also dependent on, the others”.

That meeting was small by the standards of global environmental summitry, just 500 strong. But it tried to frame a new approach to sustainable development which avoids thinking “in silos” and finding supposed solutions in one sector that exacerbate problems elsewhere. It looked back to the 1992 Earth Summit in Rio, which endorsed the idea that sustainable development demands attention to society and economy as well as environment – a message that faded away after that landmark conference. How, the German meeting asked, can one finally join the dots to create a picture of what sustainability might look like?

The delegates – policy types, scientists and industry – didn't have all the answers  – and openly admitted it – any more than the Rio+20 meeting which followed soon after. But the Bonn meeting was building on a conversation about renewing work on these connections that had already begun. For example, the World Economic Forum published a report on the “the water-food-energy-climate Nexus” in 2009. And the Bonn discussions highlighted plenty of examples of local and regional projects that successfully integrated water and energy systems or sewage disposal and agriculture. But to go further, the meeting report emphasised, “policies, practices, structures and attitudes must all change to incorporate a nexus approach to water energy and food”.

The German government continues to support a post-conference website on the nexus which records further developments. Slowly, others are beginning to explicitly advocate nexus thinking. They include the GRACE Foundation in the US, which began with a focus on food issues in the 1990s but has broadened its work to take in linkages between food, water and energy. It highlights connections between the three sectors in the US, and has begun publishing popularisations of the nexus approach.

Another organisation committing to the nexus approach is the World Bank, which launched a new “Thirsty Energy” programme at the World Future Energy Summit in January. It wants to quantify trade-offs between meeting rising demand for energy and water. There are lots. As programme leader Diego Rodriguez puts it, “Making decisions on water allocations among sectors has not been easy. Even if the linkages are evident, we still see energy models that do not properly address water constraints. For example, investigation of solar thermal plant siting may include consideration of cooling water availability, but the systemic implications of solar thermal versus other technology choices receives less attention. Energy planning is often made without taking into account possible changes in water availability due to climate change or other water competing uses. Water resources planning today rarely takes into account the energy used to pump, treat, desalinate, etc. the water, which in turn has an impact on the water used by the power sector.”

The same angle is being explored by the UN-backed World Water Assessment Programme, which is devoting its World Water Development Report for 2014, published next month, to water and energy.
But there is more to the nexus than just the water-energy axis. That is the reason it is hard to get your head round. You can sense the difficulty as the World Economic Forum continues to emphasise broader cross-section connections. For example, its latest report on climate adaptation devotes a chapter to the effects of climate change on the water-food-energy nexus.

However, it is less concrete in its examples and prescriptions than the preceding chapters on, for example, economics and financing adaptation. Instead, it throws up a cloud of the new nexus language – which sounds like this:

“Holistic and integrative approaches are today needed to identify and assess what actions are required, as are multi-stake-holder information-sharing and decision-making platforms that can help address the multiple challenges associated with the nexus at local, national and regional levels”.

Worthy prescriptions all, but hard to see where they actually lead.

Answers there may come from the second Nexus conference – at the University of North Carolina in Chapel Hill in the first week in March, which will try and take things further.

Dodds, who is conference co-director, sees the meeting as a key ingredient in finally getting the Nexus approach to really mean something. “We need to create a space where people identify as part of the Nexus community, and really work on the interlinkages.” Dodds knows better than most how difficult this is, however that is no reason to give up. He hopes the nexus conference will become an annual event. It will see the launch of various initiatives which have been taking shape since the first meeting, including a new academic and practitioner network. “Our idea initially is to develop a knowledge base of what is happening, with work packages in the coming years, and maybe a funders network”, says Dodds

The academic and practitioner network, will be managed initially by the Water Institute at the University of North Carolina and the Luc Hoffmann Institute, a research subsidiary of the WWF. The aims will include creating a research agenda that improves understanding of the nexus, developing indicators and measures of how it is working, and spreading the word about what they show. The initial effort will be modest. First steps will be in the hands of three working groups, each of which will have a post-doc attached. As well as reviewing what is already known and acting as a clearing house for existing knowledge and best practice, they will be working towards what a preliminary note on the network calls  “an integrated decision-support tool that is fully integrated across food, energy and water; is scalable; and can both project alternative futures and accurately represent uncertainty”.  So they will not be hampered by lack of ambition.

There is a good deal of overlap between discussions of the nexus approach and many of the issues in Future Earth’s sights, as well as with the extensive consultations currently under way to frame a workable set of Sustainable Development Goals (SDGs) to follow up the UN’s Millennium Development Goals which were intended to be met by 2015. It looks likely there will be goals on food, water and energy. If this pans out, the devil will be in the detail: the targets set for each goal must reinforce, not annihilate, one another. Defining requirements for reliable indicators, and ways of collecting the data, for example, loom large in both sets of discussions. Future Earth could play a crucial role in crunching through the options to propose integrated targets. Indeed, Future Earth chair Mark Stafford Smith, Dave Griggs and colleagues are looking into this.

Then there is scope to broaden the discussion even more. The March conference is focussing on food, water and energy – all in relation to climate. But there needs to be nexus efforts on soil and water too, Dodds suggests.

The conference will be asked to endorse a document charting ways forward, which will also be submitted to the Open Working Group on the SDGs. It is available to read now, and comments made before February 28th can be incorporated in the version put to the meeting for discussion.

The draft calls for a number of specific elements that take account of interactions within the nexus in the SDGs, and looks to science to support them with, “research that moves us beyond qualitative descriptions of the nexus. We need process-based models that quantify the strength and direction of relationships, acknowledge and measure uncertainty, and allow for robust predictions in a variety of settings”.

That implies a complementary effort to existing research programmes. The draft declaration also says it will be important to define what are, and are not “nexus” questions, to continue with rigorous sectoral and disciplinary work.

As in other aspects of the effort, it will be clearer how this looks if and when there are actual programmes in place under the nexus banner.

“The test comes in whether we can look back in two or three years time at Nexus projects on the ground”, says Dodds.