November 15, 2013
It was mid-afternoon when the tired gang arrived at the Far Island. As they approached, a number of guards on blue dragons came to meet them with their lances drawn. The dragons were dressed in battle suits which glistened in the sun and made it difficult to focus on the guards. It was a sight sure to put discomfort in any adversary. 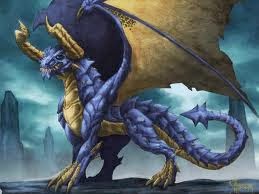 Robin led the way and quickly the guards recognized him and opened a path to the castle. The Far Island had long been a secret military base for Alexander’s former friend, confident and lover Ms. Susan. She was pleased to see Robin and quickly was brought up to date. The Doctor got off his dragon he approached Ms. Susan.

“I am so sorry to hear about Alexander, Susan, it is I the Doctor. My face may have changed but my feelings for you and Alexander are the same and if you will have me,” he said as he gestured towards his companions with a wave, “my gang will help you overcome those who have taken over the planet. We are at your service.”

“It has been very difficult, but those loyal to Alexander that had the chance have joined us here. Who are the members of your so-called gang, Doctor?”

Ms. Susan smiled as she spoke but it was a tired and sad smile. “Please introduce me.”
With a flourish and a turn the Doctor introduced Clara and Merri to Ms. Susan. They moved inside the castle to the war room and to meet her cabinet. Five very tired people walked in.

Ms. Susan introduces them. “Doctor, here is Vice Admiral Chris Tomkins of the fourth Dragon Brigade, next to him is Amy Camforth my Chief of Staff, next to her is James Drummond the former Speaker from the House of Parliament – many of the other members of parliament are in jail, some dead and some have just disappeared– next to him General Jimena Carias who is our best strategic thinker. Then finally someone who I think you know, but who may not realize that you are ‘our Doctor’.“

The Doctor smiled and greeted the man Ms.Susan had indicated.

“Alfred how are you? It is me the Doctor, with a new face. I’d like to say a much better face.” The Doctor laughed as Alfred’s mouth dropped.

“Is it really you Doctor? Have you come to help us again?”
“Alfred it is,” the Doctor replied, “and I will do what I can for you and for the memory of Alexander.”

As they settled around the table Clara spoke up. “Why haven’t they come and attacked you?”
“That’s a good question,” Jimena responded. “We don’t really know and have been expecting it to happen any day.”

Ms. Susan changed the subject. “Doctor let us share our information and maybe you can fill us in on how you escaped.”

The Doctor shared his story and concluded by praising Robin. “Without Robin we would not be here. I met the Professor and I understand that Sil and Borusa have joined forces with him. These are all people I have crossed swords with many times before. One of these three would be difficult; the three together is  like an Axis of Evil.” 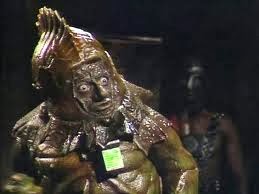 Vice Admiral Chris Tomkins jumped in. “It is our understanding that they call themselves the ‘Corporation’ and are looking to extract the mineral, the TimeSpace Element. It seems that this planet has enough for ten or more Tardises.

The Doctor looked shocked. “Why would they want to create ten Tardises?” asked Meri.

The Doctor answered slowly. “After the Time Wars there were no more Tardises other than mine. All were locked in with Galifrey or destroyed in the war. Even when they were in Galifrey they were very well controlled. Other than me and the Master none escaped the planet. If they were to create ten or even 1 or 2 they could go through time changing whatever they wanted.” 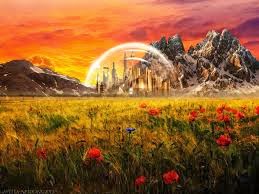 “But Doctor” said Clara. “You said that we couldn’t change many things in time as they were definite incidents that had to happen.”

“Ah” said the Doctor. “Had to happen doesn’t mean they would happen. This Axis of Evil doesn’t care about that. If Sil is who I think he is he will be interested in money and the Professor in revenge and Borusa, oh for Borusa it’s power, revenge and money. He will want to attack Galifrey.”

“But you said it was locked in the Time War, how can he do that?” asked Merri.

“I don’t know Merri, but he clearly has a plan,” replied the Doctor, taking a pause to collect himself. “So!” said the Doctor, as he started to smile again. “Ms. Susan, do tell us what the Repel Alliance plans to do.” 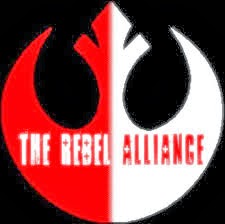