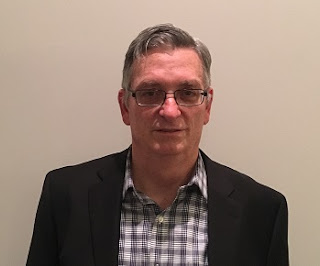 Michael Hutton: After 9 years active duty in the U.S. Army and U.S. Air Force, Mr. Hutton spent 27 years working for the Federal Government at various intelligence agencies (to include the National Counterterrorism Center, the National Intelligence Council and DHS' Office of Intelligence and Analysis). Most of his career was spent in management and analytical positions directing research on topics from nuclear fuel cycle issues to the potential threat of terrorist acquisition of nuclear materials. He also served as the Associate Deputy Director for the Energy and Environmental Security Directorate at the Department of Energy from 2008 - 2011. Mr. Hutton retired from the Air Force Reserves in 2003 as a Lt.Col. He currently serves an advisor to MyRozi.com, a health care start-up.
On the eve of Mr. Trump’s inauguration, there is widespread speculation about the future of a broad range of policy issues.  Of these, the status of our agreement with Iran that ensures its nuclear program will be exclusively peaceful is among the most critical. The consequences of attempting to re-negotiate or dismantle this accord are enormous and would have far-reaching consequences for our national security 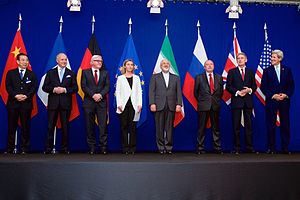 This agreement known as the Joint Comprehensive Plan of Action (JCPoA) was a carefully crafted and meticulously negotiated document. It was a  multilateral effort that, in conjunction with China, Europe, and Russia, enabled us to achieve something we would not have been able to achieve alone: putting Iran’s development program in a box. Mr. Trump, though, has described it as a disastrous deal and that his number one priority is to dismantle it. 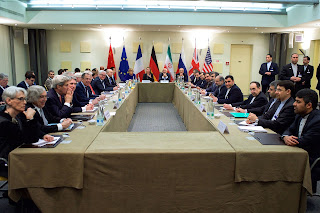 Mr. Trump, of course, can choose to walk away from the agreement; but, the outcome will not be another supposedly better agreement; but, an Iran freed from restrictions and oversight on its nuclear program.


Mr. Trump’s comments, notwithstanding, the agreement works. It halted Iran's program and put in place an inspection regime that will allow detection of any attempt by the Iranians to violate the terms of the agreement.


Republican opposition to the treaty was never based on any weakness in the agreement as negotiated. It was driven by the intent of Republican lawmakers to destroy any initiative developed by President  Obama.

Mr. Trump mistakenly assumes that if he dismantles the agreement Iran will cheerfully return to re-negotiate the deal.  They will not.  He also assumes that we have the means to coerce Iran to return to the negotiating table.  We do not. Short of Iran violating the terms of the agreement, any of the punitive measures outlined in the agreement that we attempt to invoke will do more harm than good to our national interests.  Finally, he doesn't understand that the agreement was possible only because we worked in concert with our allies to pressure the Iranians to agree to terms that met our national security interests.

This point is key and is a significant reason that abrogating the deal would be a disaster. As noted, the agreement would have never been reached without our partners who have no intention of re-visiting the negotiations.  They won’t walk away from an acceptable deal and, more importantly, they will not walk away from the economic deals they are in the process of negotiating with Iran. 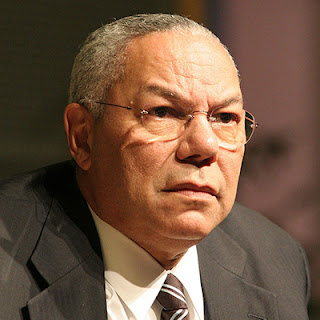 
“My judgment is that it’s a pretty good deal.”
But, what happens if Mr. Trump walks away from the agreement? Do we just sanction Iran again and achieve Mr. Trump’s vision of a better agreement?  It won’t happen. We need allies and we need buy-in for sanctions to work. Under this political environment, sanctions by the U.S. alone will fail, hurt us economically, alienate us from our allies and Iran will be positioned--if it chooses--to reinitiate part or all of its development program.

An Iran so positioned opens the door to even more complicated and disastrous consequences. A critical backstory to our efforts to ensure Iran’s program did not develop a nuclear weapon has been the history of the Government of Israel pressuring us to attack Iran and destroy its nuclear infrastructure. It has spent years urging us to do this; even though, they know that such a military undertaking will not succeed. Dissolving the agreement isolates us and--if Iran restarts its research program--leaves us no viable options. 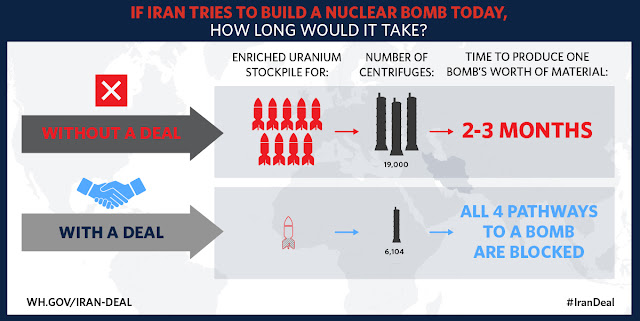 Mr. Trump may well initiate military actions against Iran if they refuse to renegotiate the agreement.   But, check out our invasion of Iraq.  How did that work out for our national security interests? Now imagine going to war with Iran.

Mr. Trump has displayed little understanding of the role the military plays in supporting US policy and he has even less understanding of the limitations on the use of military force. If he follows through on his threats to dismantle the accord, he will put us on a path that will lead to disastrous outcomes, cause palpable harm to our nation and create an enduring threat to our national security that will haunt us for years. 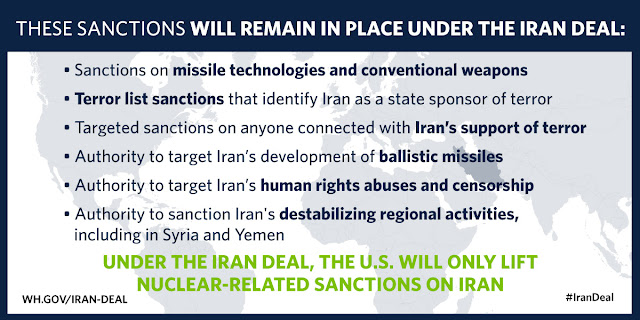