Panelist for the UNPGA's Thematic Debate on Water and Energy 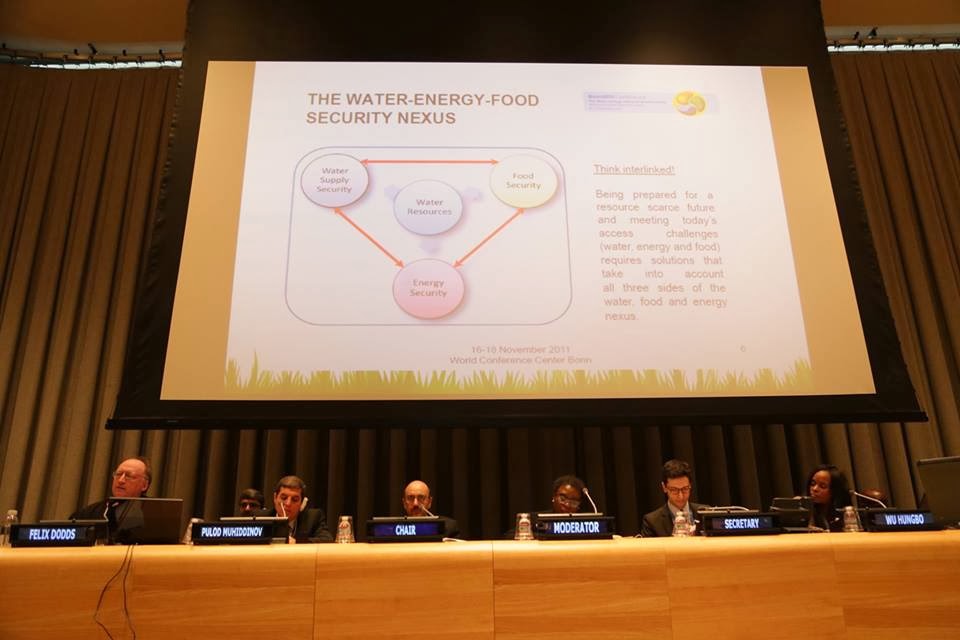 I would like to thank the President of the General Assembly for inviting me to share my thoughts today in this thematic debate.

I had the pleasure of sitting on the Advisory Board for the German Nexus conference in 2011 and that leadership inspired Jamie Bartram former Chair of UN Water and myself to organize the 2014Nexus Conference on Water-Energy-Food and Climate on the 5-8th ofMarch in Chapel Hill I hope you will all come down and continue the discussion. We have a number of outputs one of which is a declaration dealing with the Nexus which you will find copies of at the side in its first draft.

I will draw from that document and also the excellent Stockholm Environment Institute backgrounder for the 2011 conference. At that time we looked at three major drivers that were impacting those being:


The SEI backgrounder said that by 2030 we would need: 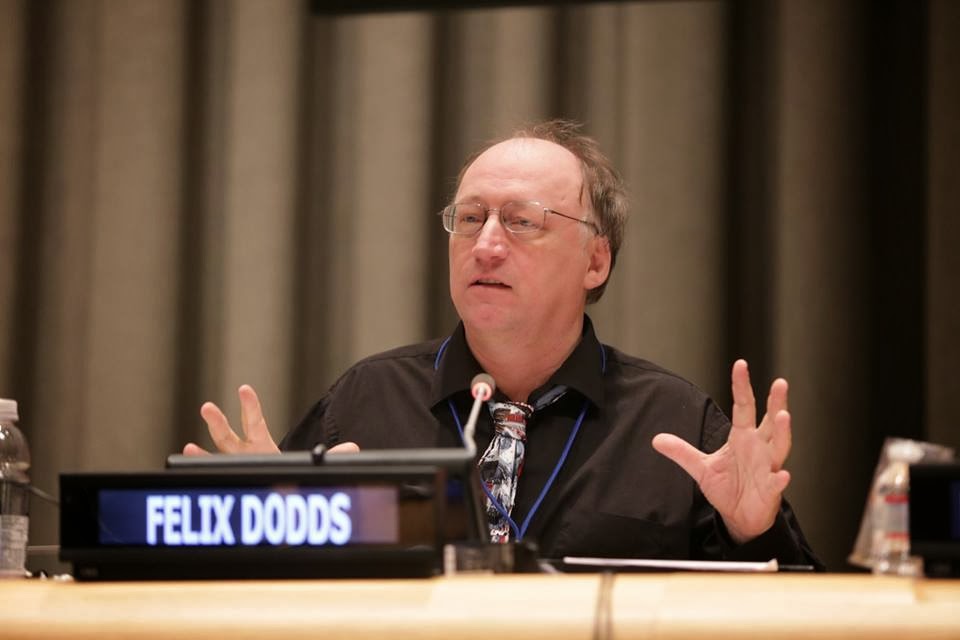 These challenges need new thinking as Einstein said “We cannot solve our problems with the same thinking we used when we created them.”

This brings us to the Nexus and the new development goals post 2015.

What we need is approach similar to that which has been proposed by Colombia and supported by a number of other SDG OWG members and that is goals with integrated targets.

I want to pick up some of the ideas from the declaration and share them with you. I will touch on three areas in my presentation these being


Water- Energy
The energy-water nexus is defined, at its core, by the intrinsic interconnection between water and energy use and demand. Water is essential to every stage of energy production including extraction, processing, distribution, the cooling of generating plants and systems. The International Energy Agency estimates that 15% of global water withdrawal is used in energy related processes.

Nexus could provide the approach around which North and South, development and environment could engage and unite to create truly universal Sustainable Development Goals and targets and indicators for the future.

Corporate Stewardship and the Nexus
Many business leaders now understand and are concerned about the water availability as one of the top three global risks affecting future economic growth and the social stability of markets. They also see increasing competition for available supplies from energy and agricultural uses.  These cause risks, fiduciary and otherwise, from heightened competition over this limited resource and require policy-makers at all levels to dramatically improve integrated resource management capabilities.  Addressing the Nexus!

We are suggesting what is needed in the SDG targets and indicators is
encouraging and creating enabling frameworks and increased incentives for business innovation in renewable energy and energy technologies and these need to be shared with developing countries. These should aim to support more efficient water use for energy production and extraction, and simultaneously address reducing carbon generation.

Governments should re-visit what is known as para 47 of the Future We Want and for 2015 and the Nexus set up a global sustainability reporting for companies listed on the Stock Exchange join Brazil, South Africa, Denmark and France in making that happen.

We have seen the positive rewards from engaging companies within the UNGC CEO Water Mandate now over 100 companies and 300 partnership projects around the world. We hope that the Nexus Conference will help set up with the UNGC an industry group to start to address this.

I would just like to say here that wearing a previous hat that of co-coordinator of the Water and Climate Coalition, that until 2010, when Ecuador and Sudan, and supported by Chile, El Salvador, Sierra Leone and Syria brought forward in Cancun the idea that water was an important issue for climate change it had fell on deaf ears – water is one of the key issues impacted by climate change and of course the provision of energy requires water and carbon based energy uses vastly more than most renewable energies. So promoting a fast transition to low carbon will reduce the stress on water.

Of course not all renewables are water friendly the production of biofuels has its own challenges Temperature increases will affect agricultural productivity, and bio-energy demand will compete with food for the same water and/or land use.

Implementing proven agronomic practices by 2030 to increase soil fertility, water holding capacity and CO2 sequestration will need to be addressed in any set of targets and indicators you would want to address under food and water and energy goals.

Science has made great progress in recent years in cutting across disciplinary boundaries to understand how natural systems interact, and how the management of one key resource – water, energy, land – affects the others, and how such management impacts on economies and people. Within the SDGs process, there is growing support for an integrated, cross-sectoral approach, as embodied by Colombia’s proposal

The Nexus Conference will be launching an Academic and Practitioners Network which we hope will over the coming years start to address both the challenges and opportunities that the Nexus offers us.

Einstein: “Two things are infinite: the universe and human stupidity; and I'm not sure about the universe.”

UNTV recording of the UNGPA Thematic Debate on Water and Energy 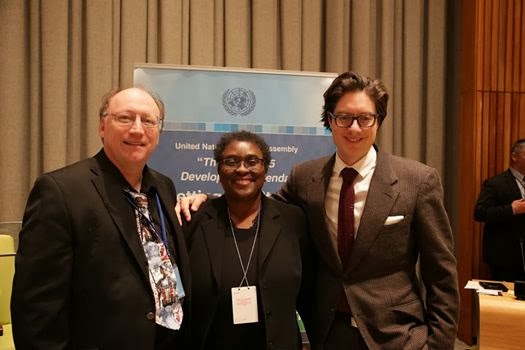