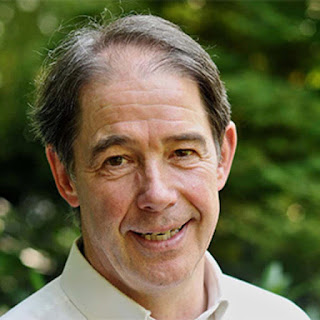 There was nothing in the recent TV series (‘Big Oil v the World’ – highlighting the fossil fuel industry’s role in delaying action on climate change) that I didn’t already know. But to see that 40-year record of deception, lies and corruption laid out, so calmly and clinically, reconfirmed my visceral contempt for the companies involved – and for those who led them. War criminals to a man (and they were all men), whose war on Nature will indisputably cause the death of countless millions of people as climate disasters multiply the world over.

Which tells you pretty much all you need to know about the unrelenting hyping of all things Hydrogen in today’s energy economy. The fact that this campaign is (predominantly) led, planned and funded by companies still mired in the world of fossil fuels (including many of the aforementioned criminal companies) should be reason enough to see this campaign for what it is: an insidiously clever way of extending their own carbon-intensive stranglehold over the global economy.

Don’t get me wrong: there will be a big role for green Hydrogen (using renewable electricity and electrolysis to produce very low carbon Hydrogen) in tomorrow’s Net Zero economy. It will play an important part in decarbonising some so-called ‘hard-to-abate’ (steel, fertilisers, cement – possibly aviation – and other industries) but that’s it. The hype around Hydrogen for Heavy Goods Vehicles, energy storage, shipping, domestic heating and so on will just wither away as soon as people stop listening to the industry’s propaganda.

[1] As I’ve said before (here and here), Hydrogen is the world’s dirtiest ‘clean fuel’ by a very long way. It’s actually a filthy industry. 95% of today’s 70 million tonnes of Hydrogen production depends on burning huge amounts of either gas or coal. Annual greenhouse gas emissions from Hydrogen production are around 830 million tonnes – not that different from the annual emissions from the aviation sector. So where exactly is the Net Zero strategy for the Hydrogen industry – if aviation can come up with such a strategy (however tenuous that might be), why can’t the global Hydrogen industry? It doesn’t exist.

[2] Making Hydrogen is inherently inefficient. Every time you convert energy from one form to another (chemical, electrical, heat), some of that energy is wasted. Even Green Hydrogen is super inefficient: you need a shedload of renewable electricity and super-efficient electrolysers to produce one tonne of low-carbon Hydrogen. Which means that Green Hydrogen is best deployed only in those places where electrification is not possible. Converting valuable electricity into a chemical fuel (Hydrogen), and then converting it back into electricity (for instance, using a fuel cell in a Hydrogen-powered truck), you’ll end up losing up to 70% of the electrical energy you started with!

Which is why the industry’s fondest hopes now lie with so-called Blue Hydrogen: the grey stuff, with the CO2  stripped out by Carbon Capture and Storage. Paradoxically, Blue Hydrogen is even more inefficient than Green Hydrogen (with Carbon Capture and Storage itself a very energy-intensive process!), and the claims made as to the percentage of CO2  that can be captured are themselves massively hyped. There’s hardly any independently verified data out there, but claims that CCS plants capture up to 90% of CO2  are, for the most part, patently untrue. Even the Global Carbon Capture and Storage Institute (the industry’s own mouthpiece) is pretty clear about just how badly most CCS plants have performed so far.

Given the sheer firepower of this Hydrogen conspiracy, breaking ranks is not easy. Christopher Jackson, former Chair of the UK Hydrogen and Fuel Cell Association, stepped down because he felt that he could no longer support the promotion of Blue Hydrogen, warning that it would simply prolong fossil fuel use and damage the nation’s climate agenda.

‘I believe passionately that I would be betraying future generations by remaining silent on the fact that Blue Hydrogen is at best an expensive distraction, and at worst a lock-in for continued fossil fuel use that guarantees we will fail to meet our decarbonisation goals.’

Which leaves the Government’s current Hydrogen Strategy largely untested. Inevitably, it’s supporting both Blue Hydrogen and Green Hydrogen ‘to enable production to be brought forward at the necessary scale during the 2020s, to grow the supply chain and build confidence in the sector.’ It continues to claim that Hydrogen will play a major role in substituting for natural gas in the UK’s heating networks, with Ministers still banging on in Boris-style about the first Hydrogen village or Hydrogen town.

Part of the argument is that there’s so little Green Hydrogen currently available. This is true. Less than 0.5% of total global Hydrogen production is Green. It also claims that it’s so much more expensive than Blue Hydrogen. This was true, but since the massive hike in gas prices (which are predicted to last for at least another two years) this is a claim that now bears little scrutiny. What’s more, we now know a lot more about just how carbon-intensive a fuel natural gas really is – once you factor in the levels of methane leakage (the so-called ‘fugitive emissions’) at every point in the gas supply chain.

What we’re dealing with here is by far the most dangerous example of what is known as Predatory Delay at work – which I’ve written about before. The fossil fuel industry is all too successfully influencing policy positions purely to serve its own interests. It goes like this:

[1] Hype Hydrogen at every turn and buy as much positive media spin as possible – just for as long as most journalists remain as pig-ignorant as they are today. Never let on that all Hydrogen technologies are inherently inefficient, waste a lot of energy, will need a lot more imported natural gas, and will never compete with most electrification options.

[2] Support Green Hydrogen, even though it doesn’t use a fossil fuel production system, in the full knowledge that scaling supplies of Green Hydrogen is going to take at least a decade, and will be far too expensive for most decarbonisation transitions anyway.

[3] Much more enthusiastically support Blue Hydrogen, but still keep referring to it as ‘an interim position’, until more Green Hydrogen becomes available, knowing both that it never will, and that the CCS investment required for Blue Hydrogen won’t happen without massive subsidies or tax breaks, and won’t perform anything like as well as its protagonists argue it will. The risks of these super-subsidised CCS plants becoming stranded assets is very high.

[4] In the meantime, carry on with the grey stuff, ensuring that any campaigns for the deep and rapid decarbonisation of conventional Hydrogen production continue to be sidelined. Spin all this out for as long as possible; every year of additional delay helps.

[5] Continue to obscure the science (and technology feasibility) by attacking electrification options, especially when it comes to the decarbonisation of heating through the mass roll-out of heat pumps using ever cheaper, renewable electricity. And NEVER mention that the cost of using Hydrogen to heat homes will be between three to five times as expensive as natural gas!

Hard to believe – that today’s ‘leaders’ in the oil and gas industry are knowingly following such a game-plan? Remember: these people are the inheritors of Lee Raymond (former Chief Executive of ExxonMobil) and that whole generation of senior executives (war criminals) who so successfully delayed action on climate change for more than 30 years. The tactics are a little more nuanced these days, but the game-plan is the same: delay real decarbonisation for as long as possible, regardless of the consequences for the climate and the future of humankind.

These long-term consequences will be horrendous. The short-term damage will be done to the lives of tens of millions of people here in the UK as Ministers continue to be seduced by the industry’s lies, chucking huge amounts of money not just at Hydrogen, but at CCS and nuclear (both big and small) whilst refusing to do the two things which would really make a difference:

[2] Securing the supply chain (in terms of both technology and skills) for the millions of heat pumps which will need to be installed over the next ten years.

The fuel poverty crisis in the UK is already grave. It will be catastrophic in six months’ time. And there will be no solution to it until a massive retrofit programme gets under way. Efficiency first; then boiler replacement on an equally massive scale through the installation of heat pumps.

And forget Hydrogen for heating once and for all – just as soon as possible. Whether that Hydrogen be Grey, Blue or Green. Research from the London Energy Transformation Initiative (LETI) has demonstrated that using Hydrogen instead of natural gas in our heat networks would end up somewhere between a third and a sixth as efficient as clean heat technologies such as electrification and heat pumps. And the Fraunhofer Institute for Energy Economics did a study for the German Government showing that the amount of Green Electricity needed to produce Green Hydrogen is up to 600% greater than the amount which would be needed to power an equivalent number of heat pumps.

None of this information is in dispute. It’s just obscured. By you know who.

Each and every Hydrogen option for replacing natural gas in our heat networks entails significant additional costs which will have to be paid for by consumers. As we begin to feel the effects of the worst cost of living crisis in modern times, this is obscenely callous.

If we don’t get this right, the UK’s entire Net Zero strategy will fail. It’s already in jeopardy, with the next Prime Minister likely to be the nearest thing to a climate denier that we’ve ever had in that position. If the fossil fuel industry is allowed to get away with a life-threatening scam of this kind, then it’s game over.