June 5th Only 1 Earth - A tribute to Maurice Strong

June 07, 2022
“If the world succeeds in making a transition to truly sustainable development, all of us will owe no small debt of gratitude to Maurice Strong, whose dynamic presence on the international stage has played a key role in convincing governments and grassroot organizations alike to embrace the principle - if not yet the practice - of adopting a new long-term custodial approach to the global environment.”
Former UN Secretary-General Kofi Annan

When: Sunday June 5th - 2PM MST/4PM UTC/5PM EST/10PM CET
A World Environment Day (June 5th) online Celebration unites major personalities, artists, scientists,
indigenous leaders, youth activists to educate and raise awareness on urgent necessity to
restore Planet Earth.
On Sunday, June 5th international musicians, diplomats, scientists, experts, indigenous and Youth activists will join forces to raise awareness, inspire and educate the general public on Planet Earth’s Restoration and how to have a more harmonious approach to nature.
Vanessa Fallabela, Os Britos, Roberto Menescal, Rocky Dawuni, Walking Wolf Singers & Zeca Baleiro. The event from experts such as renowned climatologist António Nobre and high-profile figures
Martin, Trudeau, Gisele Bündchen, Grandmother Katherine Whitecloud, co-hosted by Evandro Tiburski and Fabi Terada from Overdriver Duo and leading this initiative and the Interactivity Campaign Message in a Bottle: It consists of an open call to Young people around the Planet, urging them to send a video message sharing how they want to see the world around them.
The 5 best messages will be shown at ONLY 1 EARTH LIVE, and we will post all of them and send them to World leaders and UN Delegates in NYC, to help pressure decision makers.
Background: This year marks 50 years since Maurice Strong warned the world about climate change. Maurice Strong was drawn to public service and to the United Nations. 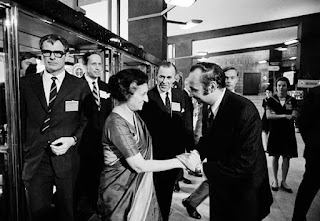 He was appointed the first leader of CIDA, the Canadian International Development Agency; UN Secretary General of 1972 Stockholm Conference on the Environment , first head of UNEP, the UN Environment Program; in charge of UN Famine Relief Program in Africa in the mid-1980s; and in 1992, UN Secretary General of Rio Earth Summit with produced agreement on conventions on Climate Change and Biodiversity and launched a process which produced a Convention on Desertification.
His Legacy lives on today!
Hanne & Maurice Strong established Manitou Foundation in 1988 to advocate environmental conservation, restoration and raising the human consciousness. Manitou Foundation has partnered with the United Nations Association in Canada (UNAC) who has a 76 year history of engaging Canadians in the work of the United Nations. UNAC is launching a new programme to protect Canada’s freshwater resources under the auspices of the UN Decade on Ecosystem Restoration.
Focused on the critical role of youth, especially Indigenous youth, in conserving rivers and lakes and Secure access to safe drinking water for all, the programme provides training, mentorships, and guided community conservation and restoration projects to empower youth to forge a pathway to a sustainable and equitable future for all. This initiative is being supported by George Weston Limited and Hydro One in Canada.
The main goals for this initiative: 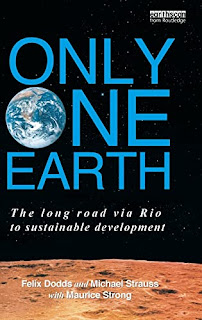