Code Red for Humanity and the Planet 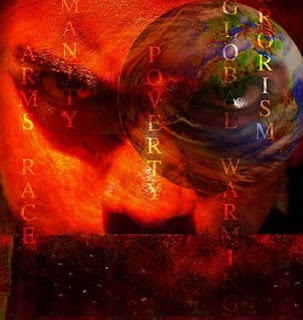 UN Secretary General Antonio Guterres is absolutely right to call the latest UN climate report a “Code Red for Humanity.” Without immediate and serious action, we are condemning future generations to a dismal future.

Already, we have wasted too much time. Next year, it will be half a century since first UN Conference on the Human Environment in Stockholm warned us of the risks to our environment from human activities.  More than 30 years have passed since the UN’s Intergovernmental Panel on Climate Change (IPCC) issued its first report (the latest report is its sixth). Even that first report in 1990 warned of humanity’s impact on greenhouse gas concentrations and planetary warming.  Again, our actions over subsequent decades have been woefully inadequate.

This year has given us the most vivid insights into what the new world will look like, whether it is droughts and fires in California or the latest tragic wildfires in Greece, as temperatures get so hot that even a small spark sets them off.

The IPCC report also looks at heat waves. If we were to permit a 2 °C increase in temperature, then the record temperatures recorded recently in the United States and unexpectedly in Canada would become 14 times more likely to happen again in future, both there and elsewhere.

There has already been an increase in the number and the strength of. Flooding is happening more often and again in places not expected as rain falls in a different way to how it did before These heavy downpours, most recently in Germany, show that the flood defenses were built for a different type of downpour and will required huge infrastructural overhauls if this is to be the new normal.

Then there is the cascading effect if the forests and vegetation have burnt down. When the rain comes again there is now nothing to hold the water back, meaning floods will have a greater impact on already devastated communities.

The key here is water. The UN’s climate negotiations only added water as a key issue to the negotiations in 2010 due to campaigning by the multi stakeholder efforts of the Water and Climate Coalition. The approach to greenhouse targets missed a huge opportunity to address the key sectors that were either contributing to the problem or would be impacted by it.

Why are so many political leaders either in denial about the need for urgent action, or simply paying it lip service? The current sense of denial is unsettlingly reminiscent of the comedy film Monty Python and the Holy Grail. In one painfully funny scene, a mysterious dark knight bars the path of our hero, King Arthur. The two fight and King Arthur expects the knight to stand aside when he cuts off the knight’s arm. But the knight refuses, claiming at first that it is merely a “scratch”. The fight resumes and the knight loses his other arm. Again, he refuses to submit or step aside, claiming it is “just a flesh wound.”

This is where we stand with climate change. Already, we have inflicted great injuries on our planet and we need to respond accordingly. We cannot pretend the globe has just suffered a few minor cuts and scrapes. If our world was the dark knight, you could argue that we have, through our actions, already severed a limb. We must cease our attacks and treat this as a global emergency for our global health. No band aid solution or plastering over the damage will do. Inaction will not cut it.

In a health emergency, time is of the essence. You cannot wait to call an ambulance or try to carry on as normal. If you do, the patient may not survive. The IPCC’s latest report shows we must act immediately and take the strongest action possible.

A Call to Action

So, what can be done with the UN IPCC’s new warning?

First, those countries that have not yet submitted new Nationally Determined Contribution targets under the UN’s Paris agreement should do so immediately.

Secondly, developed countries should increase their contribution promised in 2015 for funding from $100 billion a year for climate work to at least $200 billion by the Climate Summit in Egypt in 2022.

Thirdly, and even more importantly, governments need to aggressively focus on the corporate sector and its responsibilities. This should include making it a requirement for all companies listed on any Stock Exchange to have to produce their sustainability strategy and their Environmental, Social and Governance Report (ESG) every year. This should be a requirement for remaining on the stock exchange. This should also require them to produce science-based targets to achieve net zero greenhouse gases by 2050. Companies’ voluntary, self-created goals are no longer sufficient.

Perhaps it is even worth considering having Stock Exchanges publish the total carbon of their members and to start considering them putting a cap on what the Exchange would allow and what their contribution to net zero will be.

Fourthly, the role of local and sub-national governments needs to be supported and enhanced. Actors at the local and regional levels are critical to delivering what we need. They need to be supported to set their own 2030 targets and 2050 net zero strategies. To enable them to achieve this, central governments will need to support them and provide the extra funding. All planning decisions should be based on the new projections of climate change and building in flood plains should stop.

Fifthly, governments should review the impacts on climate change of all existing policies and not proceed unless they are within the strategy to deliver the NDC and the 2030 and 2050 Net Zero strategies. In short, governments need to start incorporating climate change into all of their thinking across all sectors. The problem is too vast, and too urgent, to do otherwise.

Sixthly, all governments need to urgently review their disaster risk reduction strategies ahead of a major UN conference on this subject scheduled for next May in Bali.

At all levels of government we need to review the interlinkages between water, agriculture, energy and climate change to ensure that planning is climate proofed. Without accounting for each of these sectors, the solutions will not be big enough to meet the challenge.

Finally, as voters, taxpayers and citizens, we need to press our political leaders to put climate change at the top of their list of priorities. They need to be reminded that it is not just future generations that will judge them and their policies—we can do so, too.

In fact, things may be even more pressing. The report that came out on Monday was the “summary for policymakers”, which means it was a negotiated document with both progressive nations and more climate sceptic and cautious countries negotiating the exact wording.  While the findings were certainly scientifically sound, it is quite likely the language could have been—and probably should have been—even more urgent. We would do well to remember what some politicians have said over the last few years; if they have denied the science in the past then now is surely the time for them make way for others who are willing to give this issue the weight it so clearly deserves.

Felix Dodds is an Adjunct Professor at the Water Institute at the University of North Carolina where he is a Principal Investigator for the Belmont funded Re-Energize project. He co-coordinated the Water and Climate Change Coalition at the Climate Negotiations (2007-2012).  His new book is Tomorrow’s People and New Technology: Changing How We Live Our Lives (October 2021).