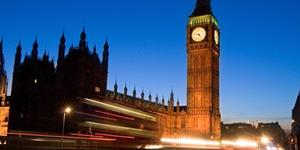 I had missed this last year but thought it was worth reproducing it anyway.Full Report available here: This is the summary.

In September 2015, 193 Member States attending the United Nations (UN) Sustainable Development Summit in New York adopted a new global development framework: ‘Transforming our World: the 2030 Agenda for Sustainable Development’. The Agenda consists of 17 Sustainable Development Goals (SDGs) (or ‘Global Goals’ as they are popularly known) and 169 targets, which commit all signatory countries to tackle issues as diverse and deep-rooted as gender inequality, climate change, access to quality education and the promotion of peaceful and inclusive societies. The SDGs officially came into force on 1 January 2016 and the UK must now move forward with implementing the Goals at home and supporting other countries to achieve them overseas. Achieving the SDGs will require financial investment of trillions of dollars from a variety of sources.

We welcome the International Development (Official Development Assistance) Act 2015 which requires the Government to spend 0.7% of UK GNI on ODA, and recognise that ODA remains an essential part of the financial commitment needed to achieve the SDGs, particularly for Least Developed Countries. Private sector investment will also be essential for countries wishing to make progress towards the SDGs, contributing to the agenda by creating jobs, increasing incomes, providing services and increasing resilience.

However, where private investment is encouraged in developing countries, through CDC or initiatives such as the Prosperity Fund, DFID and other arms of the UK Government should focus on developing and fragile states and actively consider whether its work will have a positive impact on the achievement of the SDGs. 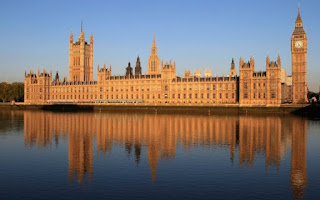 We recognise the impact of tax evasion on developing countries’ ability to raise revenues and welcome the Prime Minister’s decision to host the recent Anti-Corruption Summit in London, positioning the UK as a leader in this debate.

Despite this, we remain concerned about successive governments’ approaches towards international tax cooperation and fairer tax rules. We believe that strong commitment to addressing these areas is essential.

We welcome the progress made so far. However, we urge the Government to ensure that the overseas territories and Crown dependencies introduce central beneficial ownership registries as soon as possible, in accordance with the Prime Minister’s recent statement. Discussions and decisions on international cooperation in tax matters need to be made within an inclusive body, such as the UN, rather than just the OECD, whose membership includes only developed countries. If there is a need for greater financial expertise, then it could work together with (for example) the IMF, whose membership also encompasses almost the entire globe.

We are addressing this area in more detail in our ongoing inquiry into ‘Tackling Corruption Overseas’. To harness the finance tied up in capital markets, DFID and other relevant government departments should also enter into discussions with the London Stock Exchange and the City of London to explore how they might work together to create better incentives for sustainable development in the capital markets.

The reinvigoration of a ‘Global Partnership’ is one of the central tenets of Agenda 2030. The Government should take a leading role in communicating the SDGs to a wide private sector audience in the UK, including supporting the newly formed Business and Sustainable Development Commission to devise a comprehensive business case for private sector engagement with the Goals. It should also support the development of international benchmarks against the SDGs, to enable companies to monitor and report on their progress against relevant targets.

Despite concerns expressed by ICAI, and in evidence to our report on DFID’s allocation of resources, working through, and in partnership with, multilateral organisations seems logical and beneficial in the context of the SDGs. In the upcoming Multilateral Aid Review, DFID should lay out exactly how its engagement with multilaterals will help it support the achievement of the SDGs.

Civil society organisations—from the global north and global south—also have a vital part to play. With this in mind, we recommend DFID looks closely at its civil society funding mechanisms to ensure: small NGOs are not discriminated against, or restricted due to the source of their funding; innovation and collaboration to achieve the SDGs is encouraged, and civil society is able to undertake the important task of communicating the SDGs to citizens across the world so that governments are held to account on progress.

The Government’s response to domestic implementation of the SDGs has so far been insufficient.

As such, we are particularly concerned that the SDGs have not been included in the 2015–2020 Single Departmental Plans of all government departments, which indicates a worrying lack of engagement in the SDGs across Government. Departments should be assigned specific responsibilities for making progress on the SDGs to ensure ownership and clear lines of accountability and these should be laid out clearly in each department’s Single Departmental Plan, with specific references to relevant SDGs.

We recommend that, if it has not already done so, the Government urgently produces a substantive and fully resourced internal communications strategy on the SDGs to ensure that all departments understand their responsibilities to deliver on the Goals.

We are deeply concerned at the lack of a strategic and comprehensive approach to implementation of the Goals. 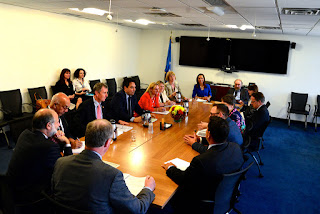 Without this, it is likely that areas of deep incoherence across government policy could develop and progress made by certain departments could be easily undermined by the policies and actions of others. It also reflects a worrying absence of commitment to ensure proper implementation of the SDGs across-Government.

The Government should identify a formal mechanism for relevant Secretaries of State or responsible Ministers to come together regularly to discuss the implementation of the SDGs at the highest political level.

The Government should also commit to producing a regular report on policy coherence for sustainable development.

The Government’s report must equate to a substantive cross-government plan for implementation of the SDGs.

To stand the best chance of success, governments’ implementation of the SDGs must be aligned to existing national priorities and developed through country-led process with opportunities for democratic engagement by citizens and civil society.

We welcome DFID’s emphasis on encouraging national ownership of the SDGs in its priority countries. To ensure a country-specific and holistic response to the SDGs through its bilateral programmes, DFID should assess where its work is likely to make the most impact, potentially requiring country teams to look at all of the areas outlined in evidence to us, such as: where DFID has particular skills and expertise to deliver; where other development actors are not already providing support; where there might be root bottlenecks which, if tackled, could have an impact on a number of Goals; or the Goals where the country is most off track and may need the most support.

The publication of DFID’s Single Departmental Plan, and the broader UK Aid Strategy, have provided little clarity on how the Department will support the implementation of the SDGs agenda overseas.

Although the SDGs are referenced in both documents, no clear link is drawn between specific Goals and the Government or DFID’s policy priorities and it seems clear that the SDGs have not sufficiently informed the Government’s overseas aid strategy.

We recommend that the Government produces a White Paper on International Development to provide clarity on its approach to Agenda 2030. Following the Multilateral, Bilateral and Civil Society Partnership Reviews, DFID and other government departments will be in a position to provide a comprehensive overview of their approach to international development over this Parliament and towards 2030, within the framework of the SDGs.

The legislative framework determining much of the UK’s aid spending is also not fit for the post-2015 development agenda. The Government should use this critical juncture to consolidate and update the four International Development Acts (2002, 2006, 2014, and 2015) into one single Act. This should include: a legal requirement that poverty reduction (including through the provision of global public goods) is the primary purpose of all ODA spending (including by other government departments); a commitment to support the achievement of the SDGs, a requirement for DFID to report regularly on its contribution to progress in its bilateral partner countries; and a legal requirement for more systematic efforts towards, and reporting on, policy coherence across Government in support of the SDGs.

The UK Government should report annually on its contribution to SDGs progress in all of DFID’s priority countries, enabling us, as a Committee, to scrutinise the efforts of the Government to support implementation of the SDGs overseas. The report should include the contributions of all government departments towards progress in those countries, including the positive and negative effects of government policies such as on tax, trade, the environment, migration, and peace and security. We recommend that all House of Commons departmental select committees engage with the SDGs to: push for ambitious national indicators; monitor departmental progress against these indicators, once formulated; and use the data produced annually by the Office of National Statistics to hold departments to account on their performance.
House of Commons International Development Committee