The SDGs , Climate, EU and Trump: Are we about to enter a new dark ages? 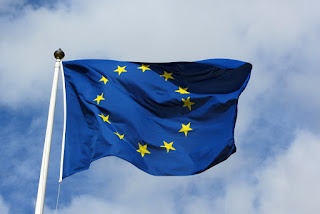 There are dark forces at play in the world we saw that in Orlando, Paris, Brussels, Syria, Iraqi and now with the murder of the Jo Cox the British MP for Batley and Spen by a Leave it supporter the list grows day by day.  As Jo said in her maiden speech to the House of Commons:


“Our communities have been deeply enhanced by immigration,” she insisted, “be it of Irish Catholics across the constituency or of Muslims from Gujarat in India or from Pakistan, principally from Kashmir. While we celebrate our diversity, what surprises me time and time again as I travel around the constituency is that we are far more united and have far more in common with each other than things that divide us.”

This should be a time of coming together not splitting apart.

Terrorism is having an impact on many people and that fear brings out a reaction that makes fertile ground for far right extremists to proposer. We see that in the US with Trump and his Make America Great Again or Marine Le Pen with her National Front which is polling second in the 2017 Presidential elections or the Austrian far right Freedom Party coming within 1 % of winning the Austrian Presidential election. These are worrying times.

In a weeks time on the 23rd of June the UK will go to the polls on whether it should leave the EU. The opinion polls don't look good and give the lead to the leave campaign.

This week the Pew Research Center published the results of its survey on EU Favor-ability across Europe. 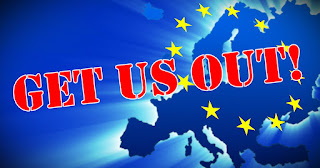 Perhaps the European Union experiment is starting to unraval. If the UK vote to leave on the 23rd of June could other countries follow suit?

Margot Wallstrom Sweden's Minister for Foreign Affairs and Deputy Prime Minister on if the UK leave:


"The spill-over effect will be unfortunately felt, deeply felt. It would be bad either way," she told the BBC’s This Week’s World.

If they stay, it might also lead to other countries saying, ‘Well, they negotiated, they asked and demanded to have special treatment so why shouldn’t we?"

There are three major factors i believe that have contributed to this.

The first is the impact of the financial crisis. Many people lost their jobs, their homes and much much more but who went to jail for the greed and mistakes in our financial institutions? Virtually no-one and then we the public bailed them out and saw that some just carried on paying themselves as if nothing had happened. meanwhile our services were being cut and our pay stagnating.

The second  is the integration of the former Soviet Bloc countries into the EU. The European Union is a free trade and free movement Union so you can go where you want to work. This resulted in a larger number of eastern European citizens who had before had very limited travel options moving to the better economies of the European Union. This was a hurried project which in retrospect needed to be much better done and probably over a longer time.

The third impact was the long shadow of the war in Iraqi. No one I think now accepts that the evidence for going into Iraqi was correct. The same politicians that took us in also oversaw the financial crisis. Going into Iraqi has caused much of the terrorism we now are facing - it is a legitimate question that many are asking. If we had not gone into Iraqi would we have seen the terrorism we are now seeing across the world - most recently in Orlando and Paris. It is clear it did destabiliz  Iraqi and Syria and had impacts across the region in Egypt, Libya, Jordan, Turkey and Lebanon.

The refugee numbers are huge according to Amnesty International there are more than 4.5 million refugees from Syria are in just five countries Turkey, Lebanon, Jordan, Iraq and Egypt:
The US by the way a developed country and who has some responsibility for this is to take 10,000 - a small number considering the role the country played. Underlying this is of course is the feeling by a large number of people that the government lied about WMD and with the financial crisis has contributed to just 21% of Britons trusting politicians to tell the truth compared with 25% trusting journalists and estate agents.

These factors have played a role in a rejection by a larger and increasing number of people - though this is also age sensitive. In the UK if you are in the 18-34 age group you want to stay in the EU (53%) if you are over 55 you want to leave (54%).

In many peoples minds is the question are we seeing the unraveling of globalization? If so I believe that the world will be a darker place, a crueler place and a smaller place. It will become more and more difficult to travel particularly if the US elect Trump. A President Trump will stop people from the largest world religion from coming to the US. What that would that do for trade, for destroying coalitions to address terrorism that took tens of years to build up no one knows.

And for those interested in British sovereignty then the may heed these words of Germany’s finance minister, Wolfgang Schäuble who ruled out  that the  UK could follow a Swiss or Norwegian model and enjoy the benefits of the single market without being an EU member.


“That won’t work,” Schäuble told Der Spiegel. “It would require the country to abide by the rules of a club from which it currently wants to withdraw. If the majority in Britain opts for Brexit, that would be a decision against the single market. In is in. Out is out. One has to respect the sovereignty of the British people.”

Would Paris and the SDGs be dead?

Over the past forty years world events have slowed down the implementations of global agreements on on the environment and the political will to address development issues. The Stockholm Environment Conference was impacted by the aftermath of the Yom Kippur War (1973) with oil prices sky rocketing and developed countries in a recession. After the Rio Earth Summit (1992) we saw a financial crisis and the impacts of the first Iraqi war with again oil prices going up. Instead of ODA going up to $125 billion to deliver Agenda 21 and the 2 conventions it fell from around $60 billion to $55 billion only returning to 1992 leaves around the World Summit on Sustainable Development in 2002. The WSSD was completely overshadowed by 9/11 and by 2006  President Mbeki of  the host country of WSSD declared the Johannesburg Plan of Implementation dead.

By 2017 the US electorate may have elected Trump, the UK may have agreed to leave the EU - the process for other countries to follow may have started and who knows where this unraveling will end.

The movement to building walls is a far cry from the inaugural speech of John F. Kennedy who inspired generations to want to serve their country.

The expectation is if the UK votes to leave the EU that Scotland will vote to leave the UK and I guess rebuild Hadrian's Wall and the introduction of boarder controls. Perhaps Trump will bid to build it.

We need to recapture a positive vision of globalization and of working together or we may find the words of Martin Luther King Jr. ringing in our ears:


Over the bleached bones and jumbled residues of numerous civilizations are written the pathetic words ‘Too Late’.” 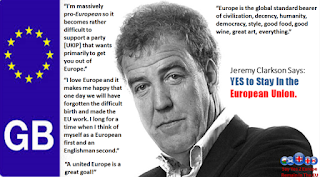