Monkees a time of fun and innocence 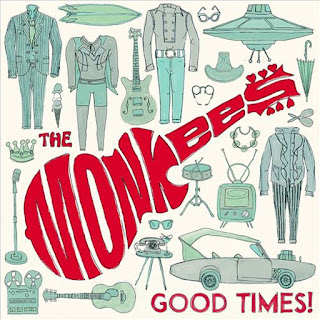 The Monkees are on their 50th anniversary tour and I picked them up at the Charlotte concert just before their new album ‘Good Times’ was released. I had already pre-ordered a copy and downloaded the first three advanced tracks. 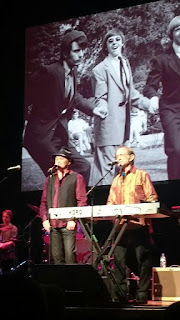 For a band that was put together for a TV series in 1966 who would have imagined that 50 years ago some of their great songs would still be part of the music landscape. But they are classics songs like ‘Last Train to Clarkesville’, I’m Not Your Stepping Stone’, ‘Daydream Believer’ and ‘I’m a Believer', made famous again by Smash Bros for the film Shrek, but originally by the Monkees. A song written by the great Neil Diamond one of the reasons for the success of the Monkees was who was writing their songs in addition to Neil people like Harry Nilsson, Tommy Boyce and Bobby Hart, John Stewart, as well as Carole King and Gerry Goffin.

In preparation for the new album there was a call out to indie rock song writers for input. Just like the 1960s the new album is a hit list of todays great song writers Death Cab For Cutie's Ben Gibbard and XTC's Andy Partridge, Rory Gallagher and Paul Weller.


"Funnily enough, I've written a song ["Birth of an Accidental Hipster"] with Paul Weller, and we're not sure what to do with it, but we thought it kind of sounded like a Monkees tune."

The concert only had one track from the new album which was a little sad. But the venue was packed!! No spare seats and people where clearly in a fun mood to enjoy the evening.

With the death of Davy Jones in 2012 it was interesting to see they still weaved him into the narrative of the concert with film clips and with tracks he had sung ...of course it couldn't have been a Monkees concert without him being there. For the album they found a track he had recorded but had never released. 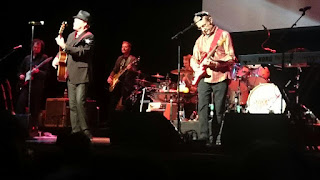 Mike Nesmith was also not at the Charlotte concert he is busy finishing a book but hopes to join some of the later dates in the 50th anniversary tour. For many of the years he has not been part of the Monkees family – though he did come back for the 25th anniversary and for the new album. What people may not know is his mother as a secretary had invented liquid paper. Mike was behind the idea of MTV having put together a video-clip for his song "Rio" which helped spur Nesmith's creation of a television program called PopClips for the Nickelodeon cable network. In 1980, PopClips was sold to the Time Warner/Amex consortium. Time Warner/Amex developed PopClips into the MTV network.

In a very nice reflection on their first tour Micky Dolenz wore a Hendrix T-shirt -- after all Jimmy Hendrix opened for the Monkees on that first tour. 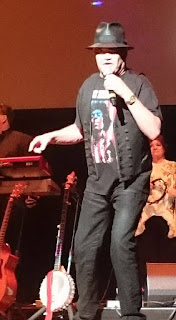 The Good Times album went into the top 10 downloads the following day. My favourite track being Me and Magdalena.


“A fantastic comeback assisted by super-fans like Rivers Cuomo and Noel Gallagher.” RollingStone

If you can try and catch one of the concerts - I can guarantee you will have a 'good time'. 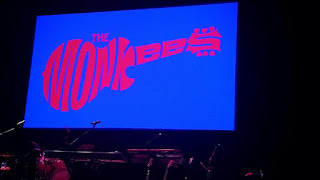