February 18, 2016
As some of you may be aware the post of Chief of NGO Branch in UN DESA is vacant but an imminent announcement is expected. There are three candidates and as I don't know all their names I wanted to instead discuss what that position should focus on. 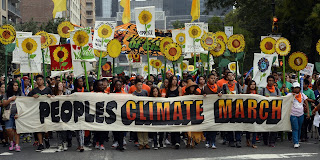 Ideally the candidate should come from a stakeholder organization as they would then bring to the post the experience that would enable a positive relationship with the organizations they are servicing. If not then they should show that they are positively inclined to stakeholders.

One of the roles they will be playing is to service the Committee on NGOs. The Committee has slowed down or stopped the accreditation of organizations that certain countries don't like. Just because an NGO watchdog organization points out that a government isnt fulfilling its role it shouldn't be stopped from engaging with the UN. If an NGO disagrees with a government then that is part of a good democratic society - embrace it.

There is a growing feeling that some countries are introducing restrictions on NGOs who disagree with them in their countries.

On May 21st last year more than 100 events in 50 countries saw a combined total of over 20,000 citizens engaged as part of the `Global Day of Citizen Action’. The purpose of the international campaign was to raise awareness about ‘civic space’, which represents the freedoms of expression, association and assembly.

"As citizens increasingly speak out against state and corporate power, we are witnessing a disturbing trend of repression around the world,” said Zubair Sayed, Head of Communication, at the global civil society alliance, CIVICUS. “From gag laws and media blackouts to oppressive police tactics and the persecution of activists, civil society is under threat. Creating awareness about these threats to our fundamental rights is critical for citizens the world over,” said Sayed.

This has been happening at the same time as governments have worked with stakeholders to adopt the most Transformation Agenda in the new Sustainable Development Goals.

Instead of excluding stakeholders governments welcomed them and worked with them as the SDGs were adopted. This cooperative approach needs to be reflected in the implementation of the SDGs and other parts of the UN agenda that member states have agreed to. Only together can we move towards a more sustainable and peaceful world. 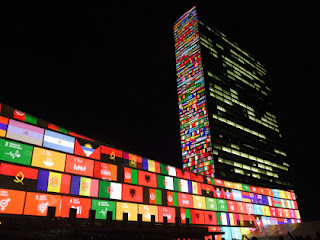 This brings me back to the position of the Chief of the NGO Branch. What we need in that position is someone who understands that stakeholders can play a constructive and important role as a watch dog of governments - particularly when they forget their commitments.

"One of the most important lessons I have learned as Secretary-General is the power of partnerships.

Governments cannot do it alone. We need support from business communities, civil societies, philanthropists, and faith leaders, and we need coalitions, we need alliances, multi stakeholder platforms. This is our business model, and we know that it works.

Thanks to the power of partnership, we are closing in on a day when we can eliminate deaths from malaria. Our target is 2015. By that time, we expect that there will be no malaria-related deaths.

And I am committed to doing what I can to nurture and deepen this UN-NGO relationship."

So with this in mind I hope that we will see a progressive and dynamic appointment. 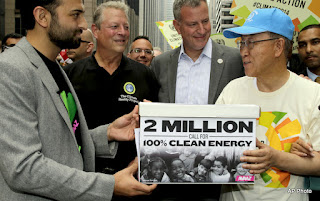