Charles Kennedy RIP - Left of Center and the speech on Iraq

June 02, 2015
Charles Kennedy: he was left of Labour, maybe, but always a true liberal
Vince Cable
For my non UK readers who may not know who Charles Kennedy is he was the leader of the Liberal Democrat Party from 1999-2006.

"Paddy Ashdown is the only party leader who's a trained killer. Although, to be fair, Mrs Thatcher was self-taught." Kennedy 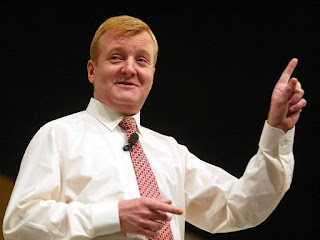 My involvement in the Liberals was as National Chair of their Youth Wing from 1985-1987 so I knew Charles as an MP though not so much as leader of the Party. There have been many pages written today about Charles who died aged 55. Politicians from all sides of the political spectrum have written about him today in tweets, blogs (Alastair Campbell) or articles (Former Labour Prime Minister Gordon Brown). He will be remembered as a charismatic, down to earth politician who was not afraid to say what he thought even when it seemed to go against the political wind.

One of the proudest moments I have had as a party member was when the Liberal Democrats opposed the Iraqi war unless it was covered by a UN Resolution and voted against the Commons motion that allowed action without that..On this momentous issue of our time they were one of the few parties in the developed countries to oppose. It is difficult to understand the pressure he was under to support the government even from figures in the party, The tradition is always to back the government when there is a war with the only other time i can think that did not happen was the Suez crisis. What follows is part of the speech he ,made to party conference in 2003.

"Taking a principled and consistent stance over Iraq has attracted much criticism from our detractors and opponents. But they couldn’t ignore us. And the voters didn’t either. We should not prejudge the outcome of Lord Hutton’s inquiry. It’s already exposed a great, great deal – despite its tight remit.

We argued from the outset for a far broader independent inquiry. One into the entire basis upon which this country was led into that war. And events are increasingly proving us correct.The current speculation over the interim report of the Iraq Survey Group raises still more profound questions.

Two things however are clear. The full legal advice of the attorney general at the time must now be published in full. And the case for that full-scale independent inquiry becomes stronger by the day. And – incidentally – do you share with me a certain distaste at the sight now of the Conservative leadership criticising the consequences of a war for which they were the principal cheerleaders?

'We're being bulldozed into war'
This is a leadership of charlatans and chancers. At the time, they asked none of the key questions. That was left to us. Whatever the eventual judgment, the political implications of Hutton are already clear. A devastating indictment of Labour in power; and of our political system itself.

Consider these words from 1997: ‘We are not the masters. The people are the masters. We are the people’s servants. Forget that and the people will soon show that what the electorate give, the electorate can take away.’ That’s what Tony Blair told his new MPs in his first speech to them after his first election victory. Good instincts. Great ideals. Today tarnished for good.

No more glad, confident morning for this shop-soiled Labour government. They seek to manage, not lead; to manipulate, not tell it as it is. I don’t actually subscribe to the view that all power corrupts. But absolute power – when secured on the back of massive parliamentary majorities, which don’t reflect the balance of political opinion in the country – can corrupt absolutely.

The soul goes out of politics. So the system itself simply has to change. I tell you this. If the British House of Commons had known then what it knows now – about the events leading up to that fateful parliamentary debate and vote on committing our forces into war in Iraq – then the outcome could and should have been fundamentally different.

But, of course, parliament did not know these things. Because the government’s instinct is to shroud itself in secrecy. To act like the office of a president instead of as a collective cabinet government held to account by the elected House of Commons. This is supposed to be a parliamentary democracy. What we’ve seen is a small clique driving us into a war, disregarding widespread public doubts. That is not acceptable."

The Iraqi war was not the only issue Charles was right on he also was the only MP to vote against going into Coalition with the Conservatives agreement. He argued in favour of a minority Conservative government and he was right again. Finally he voted against the tuition fees which the Liberal Democrats had signed a pledge to do. This issue more than any other caused the general public to lose faith in the Liberal Democrats. If you make a pledge then keep to it. 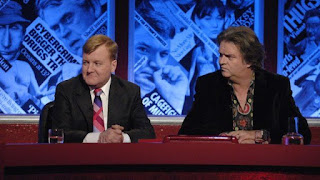 He regularly made appearances on the panel show Have I Got News For You, earning him the nickname 'Chatshow Charlie'.

Charles saw the Liberal Democrats as a left of center party and positioned them their under his leadership. By doing so he echoed the the views of the great Liberal leader Jo Grimond. "Our long-term objective is clear: to replace the Labour Party as the progressive wing of politics in this country." Grimond

"Certainly, they drive a strategic coach and horses through the long-nurtured 'realignment of the centre-left' to which leaders in the Liberal tradition, this one included, have all subscribed since the Jo Grimond era.

It is hardly surprising that, for some of us at least, our political compass currently feels confused." Kennedy

Politics and the Liberal Democrats will  miss him. My thoughts are with his family particularly Sarah and Donald.


"When he shall die,
Take him and cut him out in little stars,
And he will make the face of heaven so fine
That all the world will be in love with night
And pay no worship to the garish sun.” Shakespeare 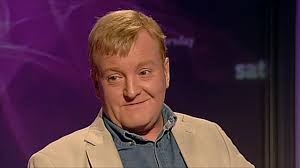