Clarkson and Top Gear - time for a change?

March 11, 2015
Some of the readers of this blog may not know about the BBC TV programme Top Gear and its controversial presenter Jeremy Clarkson. A little googling and you will learn that Top Gear is a car show that has been on BBC TV since the  1977 the present presenters Jeremy Clarkson, Richard Hammond and James May have been presenting it since 2002 and benefited from the internet and the ability to download programmes.  The show brings in $225 million a year for BBC Worldwide and is shown in 170 countries and is one of the top selling programmes they produce. 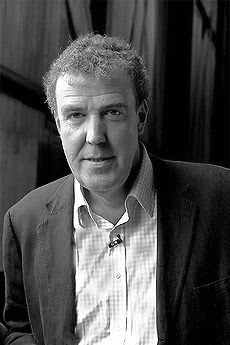 I have to say I am a fan of the programme and at times the challenges that the presenters are given you would have to think the producers were trying to kill them. There are some great journeys they go on being given a certain amount of money and having to buy a car in a different country and then go from A to B. Celebrities come on the programme and  have to race a car around a race track one of my favorites was the Tom Cruise episode where he did the final corner on two wheels.


This is all great you might be thinking where is he going with this blog. The problem is that Jeremy Clarkson is fun when he focuses on cars and the interplay between him and his co-presenters but over the years he has been at the center of a number of controversies these are some of the worst. In 2011 he had to apologies to Mexico because he had characterized Mexicans as 'lazy'. In 2012 Indian diplomats complained about a programme where he fitted a toilet in the boot of a car and said 'perfect for India because everyone who comes here gets the trots.' In May last year he used a racist term while reciting a nursery rhyme. Last year Ofcome issued a censure because of comments he made about Asian people while filming in Burma.  Last May he was given his last warning and then this week he was suspended for according to Lucy Manning (BBC News Correspondent) for "allegedly hitting a producer.

Jeremy Clarkson is to some extent a UK version of the Tea Party - he is unapologetic individualistic who  harks back to a British colonial time period that no longer exists. He doesn't really care about people and the environment. The world we live in is a complicated place which is why governments and stakeholders are trying to draft a trans-formative agenda so we have a way of life on this planet that is sustainable. This is only going to be possible if we work together.We do need this year for governments to agree the SDGs, a new financial compact and a climate agreement which will give us the roadmap for the next 15 years.  This is not Britain of the 1950s and the type of selfless that is 'everyone for themselves, survival of the fittest, devil take the hindmost' will not help us through the real challenges we ALL face.

As i write this the BBC have suspended Clarkson while on Change.org over 400,000 people have signed a petition for him to be reinstated. It is my hope that the BBC investigation will find his actions unacceptable. As a role model for young people his actions and his comments are unacceptable. The problem the BBC have is that he is very very popular and if they do sack him the question is who to replace him with. Or is it time to close the show down?