Guest Blog: Building on the energy: reflections on the UN High-Level Political Forum 2017 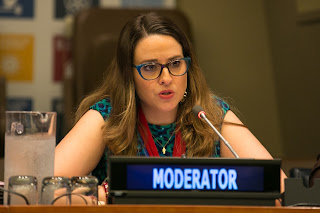 By Naiara Costa, Together 2030 International Secretariat: Naiara Costa currently leads the International Secretariat of Together 2030. She was the Beyond 2015 Advocacy Director, worked for the UK Mission in New York and has served the United Nations for more than a decade in Brazil.
Now that the hectic days of July have passed, August is bringing a good ‘quiet’ time for a reflection on the achievements, challenges, limitations, and potential of the UN High-Level Political Forum (HLPF) on Sustainable Development. The HLPF met in New York from July 10 – 19, gathering more than 80 Ministries and an unprecedented number of stakeholders (2458 have registered according to UNDESA). However, is this global structure really delivering on its role of assessing progress and challenges and providing policy recommendations on the 2030 Agenda implementation? 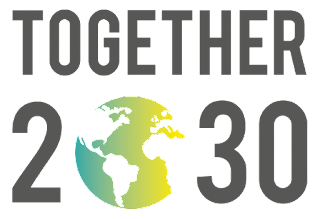 Several colleagues have already shared their perspectives, including the host of this blog, who called for a refocus and reform of the HLPF. Kate Donald, from CESR, criticized, among other things, how the Voluntary National Reviews (VNRs) looked more like ‘previews’ than ‘reviews’ of commitments implementation. Jordan Street, from Saferworld, proposed to channel civil society frustrations into a collaborative push for a better process in 2018, bringing national civil society actors much more into the picture, whereas Andrew Griffiths, from Sightsavers, flagged the positive impact of organized national civil society in the VNRs process. Finally, the IISD Reporting Services report provides a detailed perspective of the HLPF discussions, and the analysis quoting Daft Punk brings a little bit of innovation to an old-fashioned meeting structure.
Together 2030 members were also very active during the HLPF and prepared a collective ‘Open Letter’ with concrete recommendations to ‘continue deepening and strengthening the HLPF as a process and as a space to review and guide the implementation of the SDGs’. Some of those recommendations are highlighted below. The full letter can be found here. 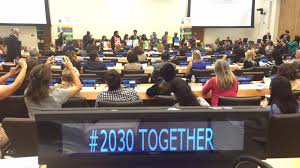 A main call from the Together Open letter was for an urgent review and strengthening of the HLPF process and structure, in order to capitalize on the ideas and diversity currently mobilized at the global level. From the 2017 experience, it was clear that the current format and structure of the HLPF is not properly serving this new, ambitious, interlinked and universal Agenda 2030. The energy is still there, as the numbers of participants and VNR countries show, and proposals and recommendations are already being shared on how to make the HLPF relevant for the global follow up and review of the SDGs. The newly Elected ECOSOC President should use the 2018 HLPF as laboratory to test different approaches, formats and ways of engagement in order to bring additional options for the HLPF structure review, planned for 2019.