As someone who has been to all the previous Commission on Sustainable Development meetings and now the High Level Political Forum I probably have a unique view of what has worked and what has not.
The History
How did we get the HLPF? Well that is a good question. The old Commission on Sustainable Development had a good first ten year from 1993 to 2002. It had some major successes during those years such as:
I could think of more but I had a few glasses of wine last night so my memory is a little hazy.
The CSD 2003-2011 did not accomplish much and there were reasons for that such as trying to move forward sustainable development in a post 9/11 world and the financing crisis. The CSD had two years when it failed to agree any text so its future was questioned. 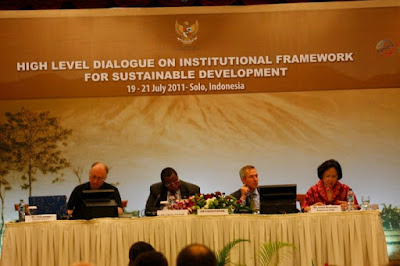 The Indonesian Government held an informal meeting on Institutional Framework for Sustainable Development in July 2011 in Solo. In the chairs outcome document it had two interesting recommendations:
Support for a Sustainable Development Council of the UN GA and the first support for ‘Sustainable Development Goals’
The Rio+20 process decided not to go for the Sustainable Development Council but the hybrid HLPF.
Did you know the HLPF is a 5-week event?
Most people turn up for the eight days we have just been through but the previous three weeks member states - with very little input from stakeholders - are engaged in drafting the Ministerial Declaration.
In the CSD this would be done at the same time and that ensured that stakeholder views could be heard and taken account of. The present system therefore is NOT to the standard of the old CSD at all.
You may ask why do we need a Ministerial Declaration at all.
My answer would be to ensure we are on the right path for the SDGs and that in particular MOI issues need to be addressed. But its also true that the 2030 agenda included much much more than the SDGs. There are other commitments made in the text such as anti-biotic resistance for example which should be addressed through the text. The HLPF can also address ‘new and emerging issues’ and whether the system is actually reforming itself to address the challenges.
Finally how can you discuss the lessons learnt that should be reflected in the Ministerial Declaration when the reflections happen after the Declaration has been agreed?
Suggested reforms: The HLPF changes to two two week sessions. The first held in February/March which would be a version of what we have now and the second in June/July when the negotiations on the Declaration happen.
The HLPF Declaration should address three things. First lessons learnt on implementing the SDGs, the second the remaining text of the 2030 agenda and the third new and emerging issues.
The Ministers should come to the first two week event and have round tables on the three areas. This is enabling a political space for political leaders who can then by engaging in the dialogue give direction to those negotiating the HLPF Declaration  which would be done in June/July.
National Reports
The idea of having National Reports presented is not new. The CSD did it between 1994-1997. Then there was no requirement to send in questions before which we seem to have now.
The present system doesn’t work there is no accountability in the sessions and no peer group review which is needed to learn from.
Suggested reform: Put together country reporters from countries that have similar level of development or do it regionally. For Togo to hear what Germany is doing doesn’t help them but for Togo to hear what Chad is doing or not doing does. Utilize the smaller rooms 6,7,8, 11 for proper peer group reviews and because it would be done this way there would be three or four times as much time as is present. Ensure proper stakeholder dialogue at these sessions - no prepared questions!!!!
Partnership Exchange
Although the agenda was broken up into a set of discussions on “Guiding Criteria for Selection of Multi-Stakeholder Partnerships And Voluntary Initiatives For Review.” There was no real discussion on lessons learned it was by on large a promotion of what each partnership was doing. There is at present no accountability or quantification of partnerships.  There were very few of the registered partnerships on the UN database attending so even if we had had the chance there was few people to exchange with.
Suggested reform: It should be compulsory for partnerships registered on the UN database to attend the HLPF relevant to their partnership. The exchange should be broken down into smaller rooms for each of the goals so they can discuss lessons learnt and collaboration. The PGA did suggest this was the way that the Ocean partnerships were going so that they will start to cluster the different partnerships under each of the targets. These should all feed into a document that is an outcome document from the HLPF on lessons learnt that can have wider circulation.
UN competition
I could have put this for stakeholder as well but in this case, there needs to be better facilitating/moderating between parts of the UN trying to do the same thing. I saw for example – and I could give a few – UNDP doing work on localization of the SDGs where they are producing tools to help to localize the SDGs.
Then you have the Secretary General’s Office doing Local 2030.  “Local 2030 intends to prompt changes within the U. N.’s own functioning, in order to ensure that all of its agencies are informed by what is happening in local communities around the globe — and are best placed to act on that information. That includes making the United Nations more relevant to the poorest communities, particularly in informal settlements.” It’s a bit messy and needs to be brought together these two initiatives have different members and I’m not sure why the SGs office is engaging in it at all? Also I am not sure this should be led by local and sub national government as it was for local agenda 21.
Suggested reform: Map out who is doing what and try and ensure no competition and more cooperation. The UN doesn't have to be involves in everything and shouldn't be. 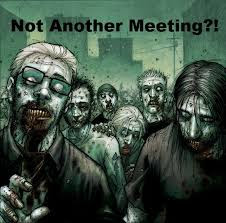 Side events
By now people should know never to have 5 or more speakers at side events when they want to have a discussion in the 75 minutes of the event. Too often I’ve seen 6 or 8 or even 10 speakers – it destroys the will to live. Please no more.
Suggested reform: A color code to indicate if a meeting is likely to be interactive based on the number of speakers.

Conclusion
The HLPF needs reform it needs to both be a place to address political issues and share experiences and address new challenges. It is not doing that yet. We are only really two years into the new HLPF so let’s reform it now before it goes the same way as the CSD.